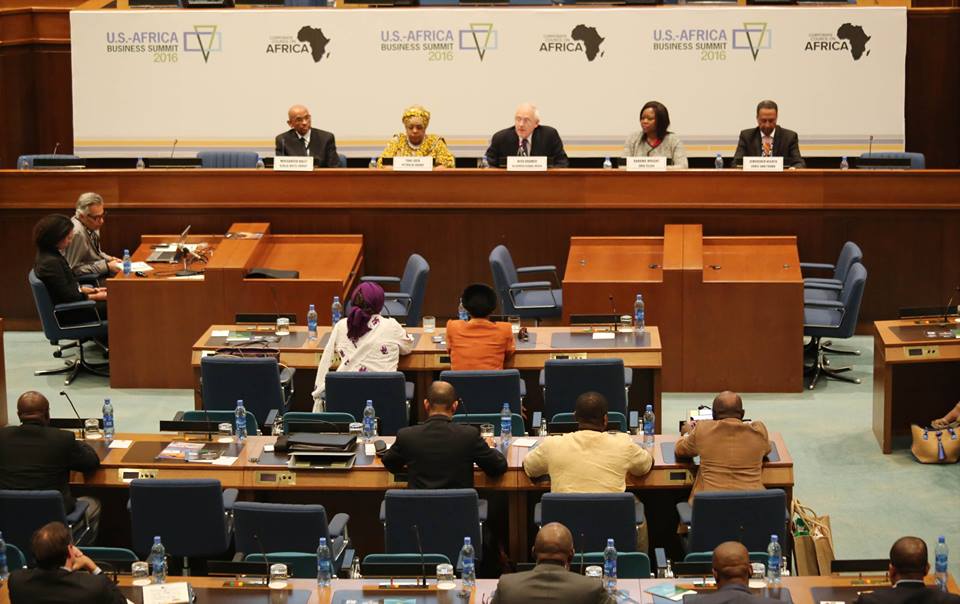 The10th Biennale US-Africa Summit was held from February 1- February 4, 2016 at the United Nations Conference Center in Ethiopia’s capital Addis Ababa. In his closing remarks Reed Kramer, the C.E.O of the African Media Group and Moderator of the US -Africa Closing Ceremony said African Economic renaissance which had been attributed, in part, to the development of its natural resources also benefited from the dynamism of its entrepreneurs who find solutions to local issues.

Mr Reed Kramer further noted that this growing prospect was expressed through endeavors that provide services for a growing middle class and creates a viable network that facilitates communications and helps to introduce technologies, reduce construction cost and time, and provides financing to make ideas reality.

Similarly one of the panelists Mossadeck Bally who is the C.E.O of Azalzai Hotel Group said this kind of unprecedented revolution creates jobs, diversifies economic and fiscal receipts and promotes the local entrepreneurship and continual industrialization. MFA