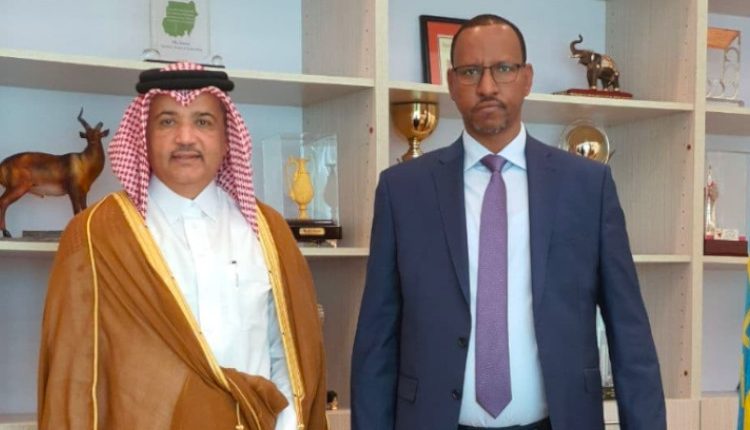 The two discussed the longstanding bilateral relations between Ethiopia and Qatar in economic, social and political spheres and sought ways to further strengthen ties in multifaceted areas.

During the discussion, the house speaker briefed the Qatari Ambassador on latest developments in Ethiopia pertaining to law enforcement operation in Tigray.

House speaker also recalled the decision made to postpone the 6th national elections over the pandemic as per recommendations it received from the constitutional inquiry council.

He said all regional states accepted the decision passed to postpone the election except the leaders of TPLF Clique which unconstitutionally established its own electoral commission and undertook regional election accordingly.

Disrespecting the decision of the House of Federation to postpone the election until 2021, when the threat of COVID19 could become more manageable, TPLF defied the authority of the federal government by establishing a regional electoral commission and undertaking the election as well, he said.

The government of Ethiopia had been patient with the TPLF Clique for it has a great concern for the people in Tigray.

“But the belligerent attack of the TPLF Clique against the Northern Command of the National Defense Forces has forced the federal government to start the law enforcement operation which has been concluded effectively. Now the government is focused at bringing culprits to justice, rebuilding infrastructures, rehabilitating affected people”, the house speaker explained.

Adem appreciated the interest of the Amir of State Qatar to build kidney treatment specialized hospital in Ethiopia and other supports the country has been providing for Ethiopia in several areas of cooperation.

He also reaffirmed commitment of Ethiopia to implement agreements which have been signed between the two countries so far.

Ambassador Hamad bin Mohammed Al Dosari, to his part expressed appreciation for the ongoing reform activities in Ethiopia pledging the support of his country for successful accomplishment of the overall development endeavors of the country.

The ambassador further said the Qatari investors are interested to engage in Ethiopia in various fields of investments.