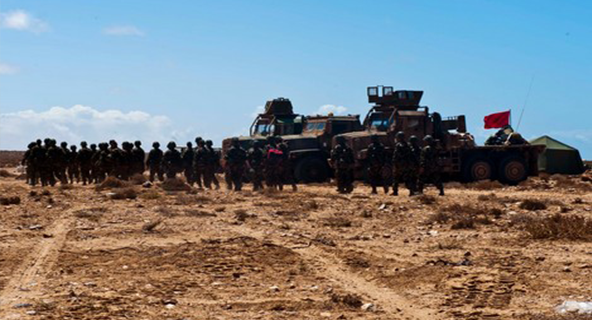 Addis Ababa (HAN) 30 April, 2017 – Public Diplomacy & African Security for Stability.
The United Nations Security Council unanimously backed attempts to restart talks between Morocco and the Polisario independence movement over the Western Sahara conflict, and extended its peacekeeping mission there for another year.

The resolution came after the U.N. mission confirmed the Polisario had withdrawn troops from the Guerguerat area of the territory, a vast swath of desert bordering the Atlantic Ocean that has been contested since 1975.

They had faced off in Guerguerat since 2016 with Morocco, which pulled its forces back earlier this year.

U.N. Secretary-General Antonio Guterres earlier this month called for Morocco and the Polisario Front, which fought a war over the region until a 1991 ceasefire, to enter new negotiations that would include proposals from both sides.

“This action should improve the prospects of creating an environment that will facilitate early implementation of Mr. Guterres’s determination to relaunch the negotiating process,” the U.N. spokesman said in a statement noting Morocco’s early pullback and confirming Polisario’s withdrawal.

Morocco claimed Western Sahara after colonial Spain left, but Polisario fought a guerrilla war for independence for the Sahrawi people there until the U.N.-backed ceasefire.

U.N. talks have long failed to broker an agreement on how to decide on self-determination. Morocco wants an autonomy plan under Moroccan sovereignty. But Polisario wants a U.N.-backed referendum including on the question of independence.

The U.N. resolution on Friday extended the U.N. peacekeeping mission, known as MINURSO, until April 30, 2018 and called on the parties to resume a fifth round of talks.

Against a backdrop of decades of past political failures and mistrust, the resolution noted Morocco’s 2007 autonomy proposal and welcomed Rabat’s “serious” efforts to progress.

It also emphasised Polisario’s 2007 proposal, which calls for a referendum between independence, integration with Morocco and self-governance.

Past attempts to broker a deal have been fallen apart over details mostly on referendum terms, including who should be allowed to vote. Sources – Reuters