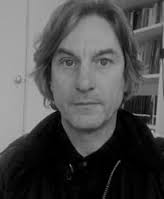 Nairobi February 22, 2016 – Public Diplomacy and Regional Stability Initiatives News. By Graham Peebles  Division and fear are the age-old tools of tyrants; unity and peaceful coordinated action the most powerful weapons against them.

Frightened and downtrodden for so long, there are positive signs that the Ethiopian people are beginning to come together, – peacefully uniting in their anger at the rulingparty: – the Ethiopian People’s Revolutionary Democratic Front (EPRDF); a paranoid brutal regime, that suppresses the people, is guilty of wide-ranging human rights violations, and has systematically encouraged ethnic divisions and rivalries.

Anti-government protests have been growing over the last few years, and in recent months large-scale demonstrations have taken place throughout Oromia; also in Gondar, where university students have been demonstrating, demanding, academic rights, freedom, democracy and justice.

Tribal groups, particularly the peoples of Amhara and Oromia (the largest ethnic group – accounting for 35% of the population) have come together: thousands have been marching, running, sitting, shouting and screaming.

The EPRDF’s response to the demonstrator’s democratic gall has been crudely predictable: brand protestors ‘anti-peace forces’ and terrorists, then shoot, arrest and imprison them.

Whilst Human Rights Watch (HRW) state that security forces have killed at least 140 people, independent broadcaster ESAT news estimate the number to be over 200. The government, which human rights groups state, authorised the police and military to use “excessive force, including…live ammunition against protesters, among them children as young as 12”, has so far admitted 22 fatalities.

ESAT report at least 1,500 have been injured and to date over 5,000 arrested (in Oromia alone), including Bekele Gerba, deputy chairman of the Oromo Federalist Congress (OFC), Oromia’s largest legally registered political party and his son. Senior members of the OFC, as well as members of other opposition parties and their families, have also been imprisoned; scores more people are harassed, their homes searched. Acting on behalf of an unaccountable government, security forces are “on a mission of wanton destruction of human lives and properties”.

The under-reported protests in Gondar (in the Amhara region) were triggered by two separate, but related issues: government cession of an expanse of fertile land – up to 1,600 square km, to Sudan under new demarcation proposals; and the widespread belief that state forces are responsible for a mass killing that took place in November 2015 against the people of Qimant. Leaders of The Gondar Union Association told ESAT news they believed the murders were “committed by TPLF [government] cadres, who then blamed it on the Amhara people to incite violence among the two groups.”

In Oromia, where protests began in April 2014 throughout the region, it was the government’s plan to expand the capital, Addis Ababa, onto agricultural land: hundreds of smallholders would have been displaced, villages destroyed, livelihoods shattered. Following months of demonstrations the government has announced that the plan is to be scrapped. The official statement virtually dismissed the protestor’s opposition, claiming it was “based on a simple misunderstanding” created by a “lack of transparency”.

Activists reacted with derision to the government’s condescension, and vowed to continue protesting unless their longstanding grievances of political exclusion are addressed. Sit-ins and peaceful demonstrations have continued in various locations across Oromo, evoking more violence from the ruling party’s henchmen.

The Oromo people see the government’s violence as part of a systematic attempt to oppress and marginalise them. As Amnesty International (AI) states in its report ‘Because I am Oromo’: “thousands of Oromo people have been subjected to unlawful killings, torture and enforced disappearance.” People without any political affiliation are arrested on suspicion that they do not support the government – “between 2011 and 2014, at least 5,000 Oromos have been arrested”. Amnesty asserts that recent regime violence was “the latest and bloodiest in a long pattern of suppression”. This description of government intimidation and brutality will sound familiar to most Ethiopians.

Whilst it was the ‘master-plan’ for Addis Ababa that brought thousands onto the streets, anger and discontent has been fermenting throughout the country for years. Feelings fuelled by restrictions on fundamental freedoms, and human rights violations, many of which can only be described as State Terrorism.

The EPRDF have been in power for 25 long, and for many people, painful years. The ruling party was formed from the four armed groups that seized power in May 1991, including the now dominant Tigray People’s Liberation Front (TPLF).

Despite the theatre of national “elections” being staged every five years since 1995, the EPRDF has never been elected. Last year’s sham saw them take all 547 parliamentary seats. In order to convince a suspicious, if largely indifferent watching world (the EU refused to send a team of observers to legitimise proceedings) one might have expected a token seat or two for an opposition party, but the government decided they could steal every one and get away with it; their arrogance confirming their guilt.

The Tigrean ethnic group makes up a mere 6% of the countries 95 million population, but the TPLF (or Weyane as they are commonly called) and their cohorts dominate the government, the senior military, the judiciary, and, according to Genocide Watch, intend “to internally colonize the country”. A claim that the ethnic Somalis living in the Ogaden region, as well as the people of Amhara and Oromia, all of whom are subjected to appalling levels of persecution, would agree with.

The Government claims to adhere to democracy, but says the introduction of democratic principles will take time. ‘Outsiders’ (critics such as HRW, Amnesty International and the EU) ‘don’t understand’ the country: thus Prime Minister Hailemariam Desalegn pretends: Ethiopia “is a fledgling democracy – a house in the making”.

Well it is not a house being built on any recognizable democratic foundations: human rights, civil society, justice and freedom for example. Indeed there is no evidence of democracy actual or potential on the government’s part in Ethiopia. On the contrary, despite a liberally-worded constitution, the ruling party tramples on human rights, uses violence and fear to suppress the people and governs in a highly centralised manner: Opposition parties are ignored, their leaders often imprisoned or forced to live abroad; the government, Amnesty International (AI) states, routinely uses “arbitrary arrest and detention, often without charge, to suppress suggestions of dissent in many parts of the country.”

The judiciary is a puppet, as is the “investigative branch of the police”, Amnesty records, making it impossible “to receive a fair hearing in politically motivated trials”, or any other case for that matter. Federal and regional security services operate with “near total impunity” and are “responsible for violations throughout the country, including…the use of excessive force, torture and extrajudicial executions.”

There is no media freedom; virtually all press, television and radio outlets are state-owned, as is the sole telecommunications company – allowing unfettered surveillance of the Internet. The only independent broadcaster is internationally based ESAT; the Government routinely blocks its satellite signal, and employee family members who live in Ethiopia are persecuted, imprisoned, their homes ransacked.

Journalists who challenge the government are intimidated, arrested or forced abroad. Ethiopia is the fourth most censored country in the world (after Eritrea, North Korea and Saudi Arabia) according to The Committee to Protect Journalists, and “the third worst jailer of journalists on the African continent”. The widely criticized, conveniently vague “2009 Anti-Terrorism Proclamation” – used to silence journalists – and “The Charities and Societies Proclamation”, make up the government’s principle legislative weapons of suppression, which are wielded without restraint.

The vast majority of Ethiopian people – domestic and expatriate – are desperate for change, freedom, justice and adherence to human rights; liberties that the EPRDF have total contempt for: their primary concern is manifestly holding onto power, generating wealth for themselves, and their cohorts, and ensuring no space for political debate, dissent or democratic development.

Without a functioning electoral system or independent media, and given government hostility to open dialogue with opposition parties and community activists, there are only two options available for the discontented majority. An armed uprising against the EPRDF – and there are many loud voices advocating this – or the more positive alternative: peaceful, consistent, well-organized activism, building on the huge demonstrations in Oromia and Gondar, uniting the people and driving an unstoppable momentum for change.

Ethiopia is a richly diverse country, composed of dozens of tribal groups speaking a variety of languages and dialects. Traditions and cultures may vary, but the needs and aspirations of the people are the same, as are their grievances and fears. Tolerance and understanding of differences, cooperation and shared objectives could build a powerful coalition, establishing a platform for true democracy to take root in a country that has never known it.

People can only be trapped under a cloak of suppression for so long, eventually they must and will rise up. Throughout the world there is a movement for change: for freedom, justice and participatory democracy, in which the 99% have a voice. The recent demonstrations in Ethiopia show that the people are at last beginning to unite, and are part of this collective cry. Graham Peebles is director of the Create Trust. He can be reached at: graham@thecreatetrust.org