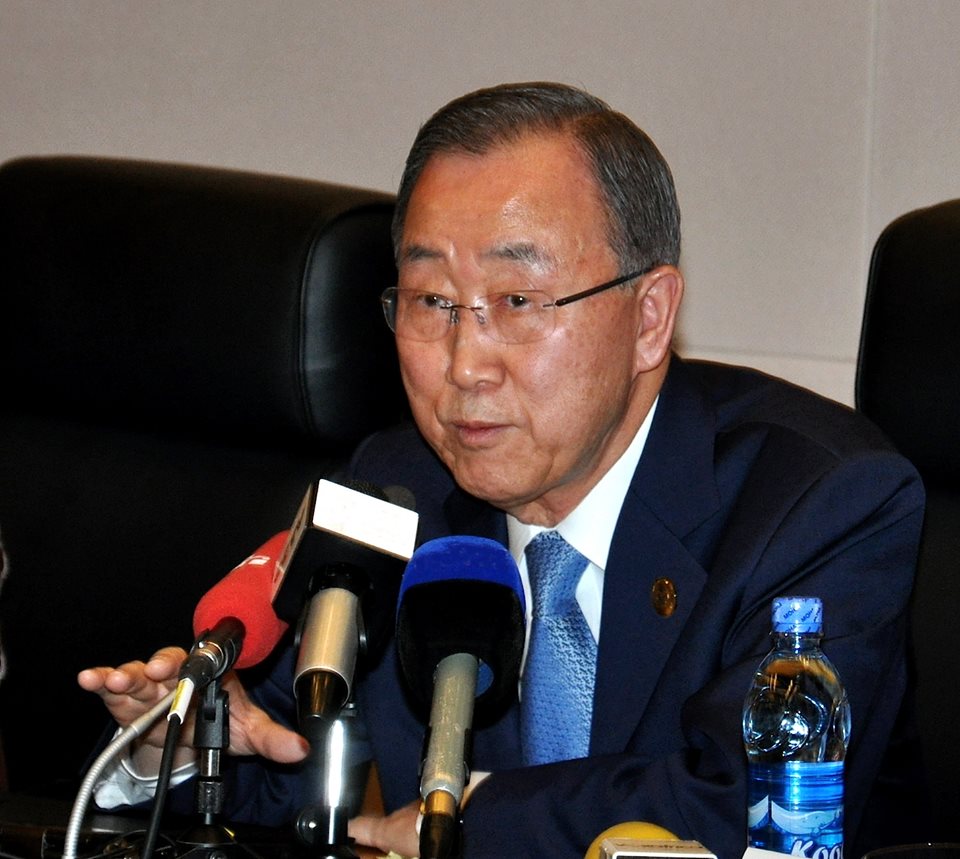 The Secretary General also visited some drought affected areas in Ethiopia and lauded the actions taken by the government of Ethiopia and the mechanisms employed to prevent the phenomenon.

In a press briefing held at the African Union at the closing of the 26th AU Summit, Ban said that African Union and United Nations should work in close partnership on issues of concern such as human rights, crisis management and violence free world.

The Secretary General also lauded African leaders and the African Union taking the right track to respecting human rights and dignity. “African leaders should act in one voice using an inclusive dialogue.”

“There are now crisis happening in 37 countries and places in the world and more than 120 million people need humanitarian assistance. This figure can make up and form the world’s 11th largest country of the world.,” he said.

He also called for African leaders to respect the rule of law and human rights through engaging in extensive dialogue.

Most African countries are heading good in the achievement of Millennium Development Goals, implementation of sustainable development visions and climate change.

The Secretary General also called for African leaders to see things more than their national interest to achieve their unified continental interest to create healthier, crisis free world and better Africa with a dignified humanity.

During his visit to Arsi Zone of Oromia State with Deputy Prime Minister Demeke Mekonnen, Ban said that the government of Ethiopia has given due focus to the threat as one of the biggest agenda and this makes it easy for the UN to provide support easily.

“Different partners such as World Food Programme, UN and other stakeholders are keen to support the effort of the Ethiopian government in tackling the problem,”Ban said following discussion with the Deputy Premier.

According to information from USAID, Ethiopia has been developing capacity to withstand drought by its own and the Agency has pledged to grant 97 million USD to assist the effort of the government.