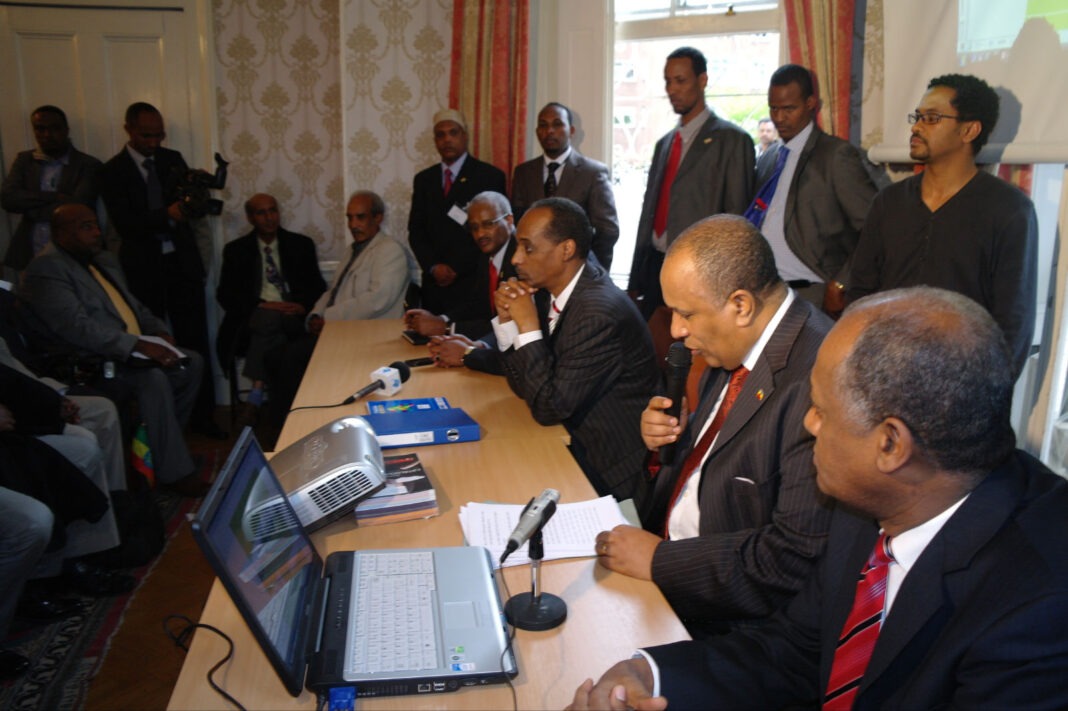 Adis Ababa (HAN) July 11, 2014 – Diplomatic Statement news update. In a response to a piece published “Britain is supporting Dictatorship “ on the Guardian newspaper, Ethiopia’s Ambassador to UK, Berhanu Kebede underlined that Ethiopia’s development initiatives are being undertaken without violation of rights of the people.  Berhanu Kebede  said, the prime objectives being helping farmers increase their yields and provide them with social services, which can be better delivered in a community setting,

Ethiopia’s resettlement programmes are being carried on a voluntary basis. He explained that the “programe has brought schools, healthcare, clean water and roads to hundreds of thousands of Ethiopians, as confirmed by the International Development Group operating in Ethiopia.” Noting that minor problems were encountered during the early stages of the implementation process, Ambassador Berhanu ,however, affirmed that these were squarely addressed at a later stage.

He said “Your piece harks back to the Ethiopia of 30 years ago, yet totally dismisses the manifest achievements and what we wittinessed in the last two decades is that some erratic politician of the west had against Ethiopian government with an advice from our cruel opposition members. What we have to learn from this is that of we work hard was will make every body by our side like we did with many western leaders.

Berhanu Kebede added that “Ethiopia has become food self-sufficient at national level and its pro-poor development strategy has brought strong economic growth and millions of jobs. Speaking about the achievements of Ethiopia’s development endeavors, Ambassador Berhanu said the resettlement programme has played its part in Ethiopia’s achievement in being one of few developing countries that will achieve most, if not all, of the Millennium Development Goals. Donors, UN organizations and civil societies confirm that the programme has improved livelihoods and that human rights have been respected in the course of the programme’s implementation.

Berhanu Kebede said “Ethiopia remains one of the few developing countries that fully satisfy the value-for-money principle which underlies all British government development programme funding. He criticized advocacy groups such as Human Rights Watch as groups who are engaged in fault-finding missions. He winded his remark with appeal to the Guardian not to be part of a campaign t
o tarnish the image of a country that is engaged in a protracted but ultimately successful struggle to eradicate poverty.