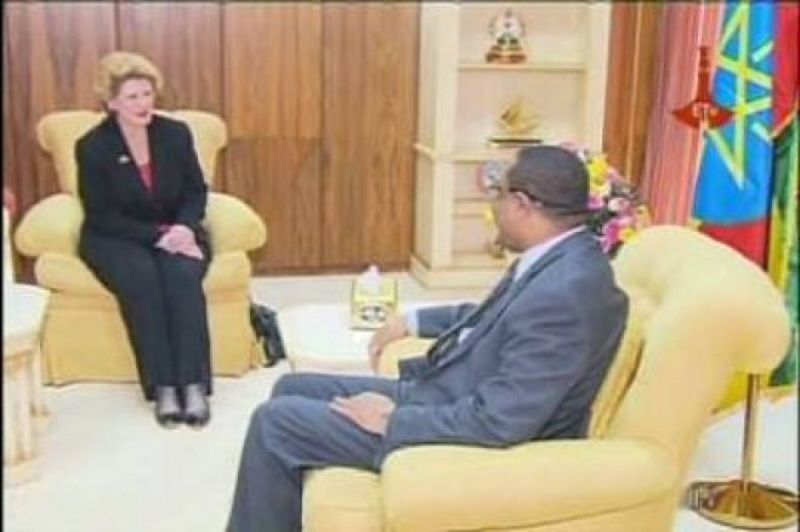 Addis Ababa  (HAN) September 3, 2014 – Regional defense and security news.A US delegation headed by Senator Debbie Stabenow (D-MI) Chair, Senate Agriculture Committee, met with Prime Minister Hailemariam. The discussion covered Ethiopia’s agricultural development and its successes in food security and in developing resilience on climate change as well as the upcoming Global Alliance for climate and smart agriculture, re-authorization of AGOA and the empowerment of women.

The Prime Minister, who underlined Ethiopia’s wish to deepen the strategic relationship it has with the US, highlighted its importance in a number of areas, including agriculture and food security. He stressed the importance of AGOA for Ethiopia in view of its policy of linking agriculture to industrialization as the country moves forward towards middle income status. He noted that re-authorization of AGOA would create jobs for hundreds of thousands of Ethiopian women. The Senators told the Prime Minister that there was broad consensus in the US Congress for extension of AGOA and expressed their full support for it.

Other issues discussed included empowerment of women, Ethiopia’s success in child and maternal care, aviation and development of tourism and Ethiopia’s open door policy toward refugees. The members of the delegation congratulated the Prime Minister on Ethiopia’s progress and development.

They also thanked Ethiopia for its efforts to bring peace and stability to the region and particularly noted the Government’s hospitality in hosting hundreds of thousands of refugees coming from Somalia and South Sudan. Senators Cantwell D-WA); Hirono ( D-HI); Heitkamp ( D-ND); and Klobucher ( D-MN); as well as Ms. Krystan Harden, Deputy Secretary of Agriculture, also attended the meeting. During their visit the delegates visited a health post; an agricultural extension site around Axum; the Ethiopian Commodities Exchange; FAFFA Foods; Ethiopian Airlines; and a dairy farm in Mojo as well as meeting ARRA and UNHCR officials and members of the House of Representatives