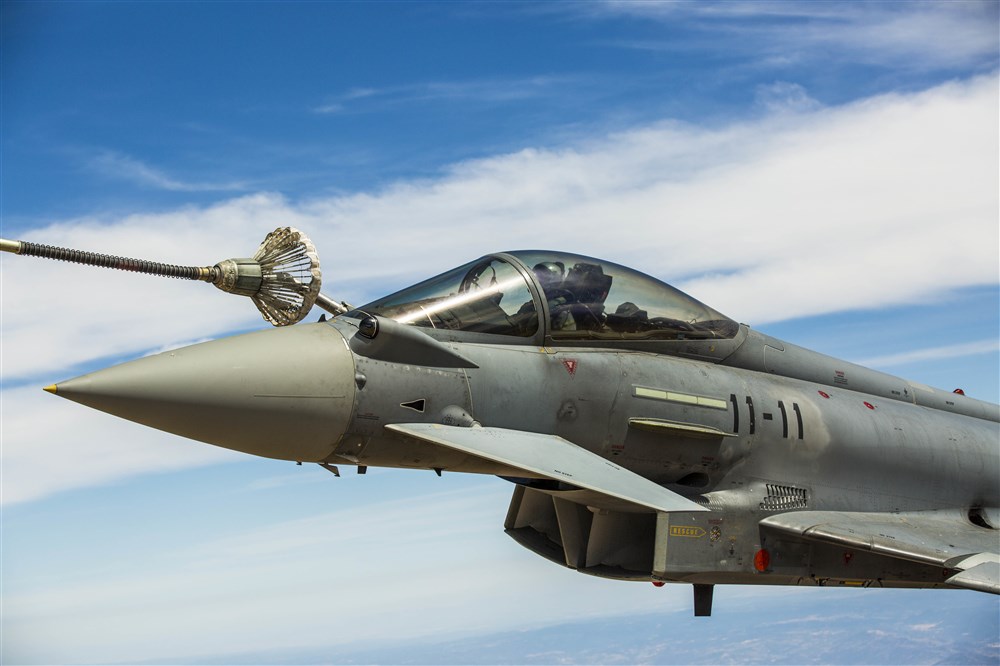 ADDIS ABABA (HAN) January 7, 2016 – Public Diplomacy and Regional Stability Initiatives News. Refueling MV-22B Ospreys is nothing new for a U.S. Marine KC-130J Hercules crew, but providing almost half a million pounds of fuel to more than 50 Spanish aircraft is not standard.

That’s exactly what the detachment of U.S. Marine KC-130J Hercules with Special-Purpose Marine Air-Ground Task Force Crisis Response-Africa achieved in less than six months during their deployment to Morón Air Base, Spain. During these sorties, Spanish pilots earned their NATO aerial refueling certifications, continuing the strong defense relationships between U.S., Spain and other NATO allies.

Previous detachments have trained with the Spanish pilots, but it was all dry-plug – no fuel was transferred from the KC-130J Hercules. The current rotation of Marines was the first detachment approved to fuel Spanish aircraft. “Apart from Spanish pilots receiving their certifications, air-to-air refueling provides our pilots with training and readiness proficiency, not just for tilt-rotor aircraft, but also for fixed wing as well,” said Gibbons, a native of Raleigh, North Carolina. “It also provides us an opportunity to conduct missions based on pure NATO standards when refueling Spanish aircraft.”

Gibbons, commissioned in 2008, takes great pleasure being a pilot, describing a very independent environment being a flight commander, building relationships and trust with his aircrew and exercising leadership, which he says is sometimes difficult being in aviation.

“It’s one of the rare opportunities where you get to take a plane on the road, sometimes thousands of miles away, several time zones away from your home station and ultimately, you are the arbiter of all decisions made with the aircrew, the plane, and the mission,” he adds. “It always keeps you busy and I enjoy a challenge.”

In 2016, the Marines are looking forward to working with the Spanish Air Force and Navy, possibly expanding their refueling capabilities into the Canary Islands as well as supporting future exercises. Gibbons said the air-to-air refueling missions are great for building rapport with Spanish allies and the Marines are excited to continue the relationship.