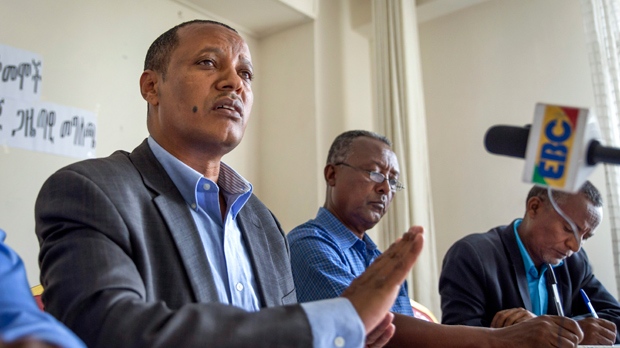 By far and large the Ethiopian athletes are known for winning medals in the international arena by the skin of their teeth. But the recent world anti-doping governing body report shocked the people.

According to the Ethiopian Athletics Federation, EAF, Friday 15 July statement two Ethiopian athletes, Teame Shumiye and Sintayehu Merga have been suspended for four years each for failing a drug test.

Teame Shumiye among the men athlete and Sintayehu Merga among the women athlete received the four-year ban after the World Anti-Doping Agency (WADA) confirmed that they have been taking drugs that could enhance performance.

After hearing the report of WADA the Ethiopian legendary athlete Haile Gebre-Selassie defended the two athletes. In his view Ethiopian athletes knowingly don’t take performance enhancing drugs. “They might have taken mistakenly. As far as I know these athletes are hard working but sometimes they can take banned drugs by the prescription of doctors,” Haile said.

The ban announced last Thursday by the federation is deemed to have commenced in January 2016 – the day both failed a test for taking the banned drug. The duos have not taken part in any international or national races since then. Both athletes are not high profile in public appearances.

The Ethiopian Athletics Federation warned all athletes to take care of taking any medicine even for health reasons and on the advice of doctors. Athletes must check the list of the banned drugs. The federation said in the statement that all athletes must tell or declare the medicine that they used by the order of doctors.

In WADA’s earlier report there are six Ethiopians under scrutiny this time but so far only two athletes failed the drug test.

The relief for the national athletics fans is that WADA has confirmed the high profile athletes as clean. But the EAF said that this doesn’t mean things will remain the same forever. So the federation reiterated that athletes must be extraordinarily cautious not to take medicine without checking the list of the banned drugs.

Knowing this, the Ethiopian Athletics Federation announced that it will fully cooperate with the decision of WADA. In accordance to the instruction of WADA the federation will try to do all in its capacity to prevent taking performance enhancing drugs among the Ethiopian athletes.