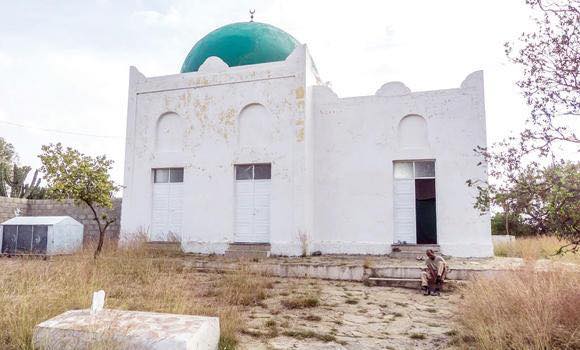 Addis Ababa (HAN) July 8, 2015 – Public Diplomacy and Regional Safari Initiative News – Turkey aid agency renovates historic Ethiopia mosque ‘We’re delighted to give this iconic monument the renovation it deserves,’ says TIKA official The Nejashi Mosque is one of the world’s earliest mosques, built in the fourth century by the companions of Prophet Mohammed, who – exiled from Arabia by the Qurayshi pagans – came to Ethiopia, where they found a welcome refuge.

Ethiopia mosque located in the town of Wukro in northern Ethiopia’s Tigray State some 800 kilometers from Addis Ababa, the Islamic monument is now undergoing major renovations thanks to the Turkish Cooperation and Coordination Agency (TIKA).

“We are delighted to have the opportunity to give this iconic Islamic monument the renovation it deserves,” Ismail Durhat, TIKA’s country coordinator for Ethiopia, told Anadolu Agency.

According to Durhat, the plan to renovate the Nejashi Mosque began some four years ago, with the actual renovation process beginning last year.

“The plan is being implemented in two phases; it is due to be finalized in 2016,” he said.

The site also hosts the tombs of the 15 companions of Prophet Muhamamd, who introduced Islam to Ethiopia. Landmarks, therefore, will be erected outside each mausoleum, said Durhat, explaining each of the companions’ respective history.

Since the site remains a functioning mosque in which Muslims still perform prayers, the renovations also include construction of a smooth track to ease access for those with disabilities, Durhat explained.

A number of auxiliary structures will also be built, including accommodations for guests, a visitors’ lounge and lavatories.

According to Durhat, the renovations – the cost of which is being borne entirely by TIKA – are being carried out by both Turkish and Ethiopian engineers with a view to ensuring that the mosque’s original architecture remains intact.

“The entire project is aimed at preserving heritage,” he said. “Hopefully, the mosque will become a major destination for religious tourism.”

“Ramadan [the Islamic fasting month, which began July 18] is a month of compassion,” he said. “So we are doubly blessed by the current effort to renovate the ancient mosque, which has long served as a repository of Islam.”

“Ethiopia’s King Nejashi [for whom the mosque was named] was a benevolent king, who should be credited with saving the Prophet’s companions from persecution when they arrived in his land,” said Adem. “The history of Nejashi – and the ancient mosque of Nejashi – means a great deal to Ethiopia and the world.”

In recent years, TIKA, Turkey’s official overseas development agency, has been very active in Ethiopia, where it has provided support in the areas of health, education and heritage preservation.

In addition to renovating the Al-Nejashi Mosque, Durhat said that TIKA also recently undertook the renovation of an Ottoman-era building in Ethiopia’s Harari state.

The agency, he noted, had also helped build schools in several parts of the country, including the Afar, Oromia and Benishangul Gumuz regional states.