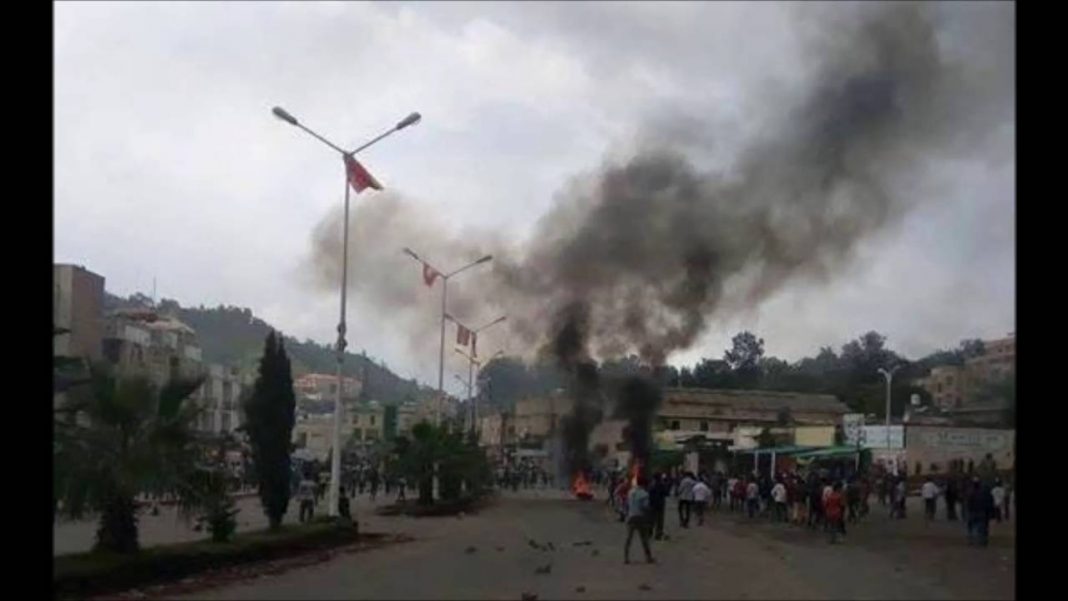 Addis Ababa (HAN) 30 April, 2017 – Public Diplomacy & Regional Security for Stability.
The United States embassy in Ethiopia has issued a security message to citizens in respect to Gondar zone located in the northern regional state of Amhara.

The United States embassy noted that the reason behind its decision was as a result of a series of grenade explosions in the zone.

The Regional State of Amhara is one of the regions worse affected by protests that started in November 2015 and close to Eritrean border for border skirmishes and infiltration from Amhara rebels supported by the Eritrean regime in Asmara.

They listed four instances in the month of April alone.

Ethiopia has extended the nationwide state of emergency declared last year by another four months on Thursday after lifting some restrictions two weeks ago.