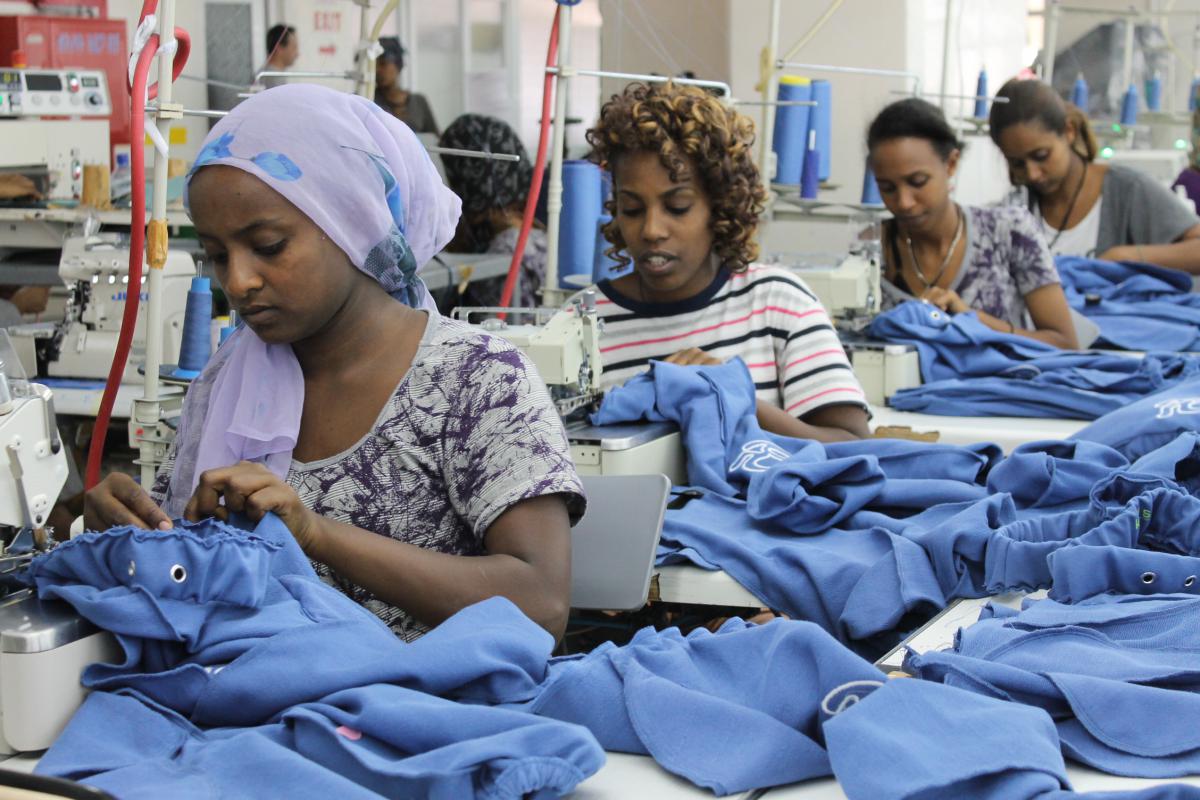 ADDIS ABABA (HAN) June 28.2016. Public Diplomacy & Regional Security News. Ethiopia seems to be attracting the attention of economists interested in Africa, and for good reason. Except for Rwanda, Ethiopia is the only African country whose economic growth has been consistently high for more than a decade without relying on a natural resource boom.

Between 2004 and 2014, per capita growth in Ethiopia was 8% per year. This was the highest on the continent during this period, and is impressive by any standard.

The growth has been attributed mainly to a construction boom and increased agricultural productivity. But manufacturing has also been vital. It has grown at 11% per year and manufacturing exports increased more than elevenfold. This was largely thanks to the increasing export earnings of the footwear and apparel industries. The growth represents more than a doubling of manufactured exports’ share in total merchandise exports, which itself more than quintupled during the period.

Despite this, it’s not a long-shot to predict that Ethiopia will catch up with countries like China and Vietnam in some low-tech manufacturing industries in the near future. These are industries for which labour costs are very important. And right now you’d be hard pressed to find a country in the world that has cheaper labour than Ethiopia. Even beyond these obvious industries, there are reasons to believe that Ethiopia might be on the right track to catch up with more advanced economies.

First is the country’s developmental orientation. In many ways it resembles that of successful catch-up experiences in East Asia, such as Korea and Taiwan, with a relatively “authoritarian corporatist” structure and centralised economic planning.

Meles Zenawi, Ethiopia’s recently deceased prime minister who ruled from 1995 to 2012 and whose legacy remains strong in today’s ruling political coalition, repeatedly expressed admiration for the East Asian experience. He stressed that its success was based on a prudent combination of market forces and state intervention. The state not only provided basic infrastructure and services but also a conducive environment for the private sector.

The second reason to be optimistic about Ethiopia’s prospects is the impressive industrial policymaking capability it has accumulated since the Ethiopian People’s Revolutionary Democratic Front government came to power in 1991.

The quality of this capability becomes clear if you read the Growth and Transformation Plan covering 2010-2015. According to economist Kenichi Ohno the plan is unusual in its brevity, coherence and strategic direction. Priority manufacturing industries were designated based on resource availability, labour intensity, linkages to agriculture, export potential and relatively low technological entry barriers. They include apparel and textiles, agro-processing, meat processing, leather and leather products, and construction.

Supporting institutes have been set up for each industry to coordinate the value chains effectively, for example by ensuring efficient supply of inputs to manufacturers and to assist firms with technological upgrading.

Two state-owned banks, the Commercial Bank of Ethiopia and the Development Bank of Ethiopia, provide most credit to firms in these industries. Foreign banks are simply not allowed to operate in Ethiopia. The understanding is that they will be allowed in only when domestic banks have developed the capacity to compete.

While the Ethiopian government is formulating policies to support specific industrial sectors, for most of the past 20 years the federal budget has been devoted to policies that are more “horizontal” in nature, like education and infrastructure. Results so far are impressive.

And the government has invested massively in infrastructure development, focusing on transport and power generation. The road network expanded from 26,550km to 53,997km between 1997 and 2011. The country is set to quadruple its power generation capacity when the Grand Ethiopian Renaissance Dam on the Nile is finished in 2017/18. One of the largest hydroelectric power stations in the world, the dam will generate 6,000MW.

State support has been both direct and indirect. Direct measures include entry incentives for domestic firms, like long-term loans for capital investments, easy access to mining resources and the allocation of foreign currency on a preferential basis.

Additionally, government provision of transport and energy has been crucial.

Like the cement industry, the Ethiopian floriculture sector has made important contributions to overall economic development.

The industry has also created indirect jobs through the expansion of horticulture. Related activities, such as packaging production, cold chain logistics and air transport have all benefited.

While Ethiopian firms initially kicked off the floriculture industry, foreign firms have increased their investment. In 2012 they accounted for 63% of all firms operating in the sector.

This foreign investment has contributed to technological development and improved market access.

Foreign investors say Ethiopia has become an attractive investment location because of natural endowments such as land and altitude, cheap labour and government incentives. These incentives include tax holidays on profits for up to five years, duty free privileges on all capital goods and the provision of construction material.

Subsidised loans have been the prime source of long-term investment financing for firms in the floriculture industry. Almost two thirds of firms in the industry have relied on loans from the Development Bank of Ethiopia. And private banks, seeing the success of these loans, have also started lending to the industry.

Both the leather products and the textile and apparel sectors have been designated as top priority manufacturing industries in the recently released five-year development plan (2015 to 2020). One reason for this is because they have strong linkages with the agricultural sector as they use inputs from the livestock and cotton sectors. They are also both labour intensive, thus absorbing labour from the agricultural sector, and have major export potential and low entry barriers.

To become internationally competitive, the Ethiopian government has invited foreign investors to provide much-needed investment capital and technological capabilities. A slew of incentives has been created to induce these firms – as well as domestic ones that can meet international standards – to export. These include:

Export figures from the past two years indicate positive trends for both industries. But the results are not yet near where they need to be to make a significant contribution to structural change.

However, considering all the positive signs, Ethiopia might very well be on its way to become Africa’s industrial powerhouse.

This article is an edited extract from Transformative Industrial Policy for Africa, areport produced by Ha-Joon Chang, Jostein Løhr Hauge and Muhammad Irfan on behalf of the United Nations Economic Commission for Africa.