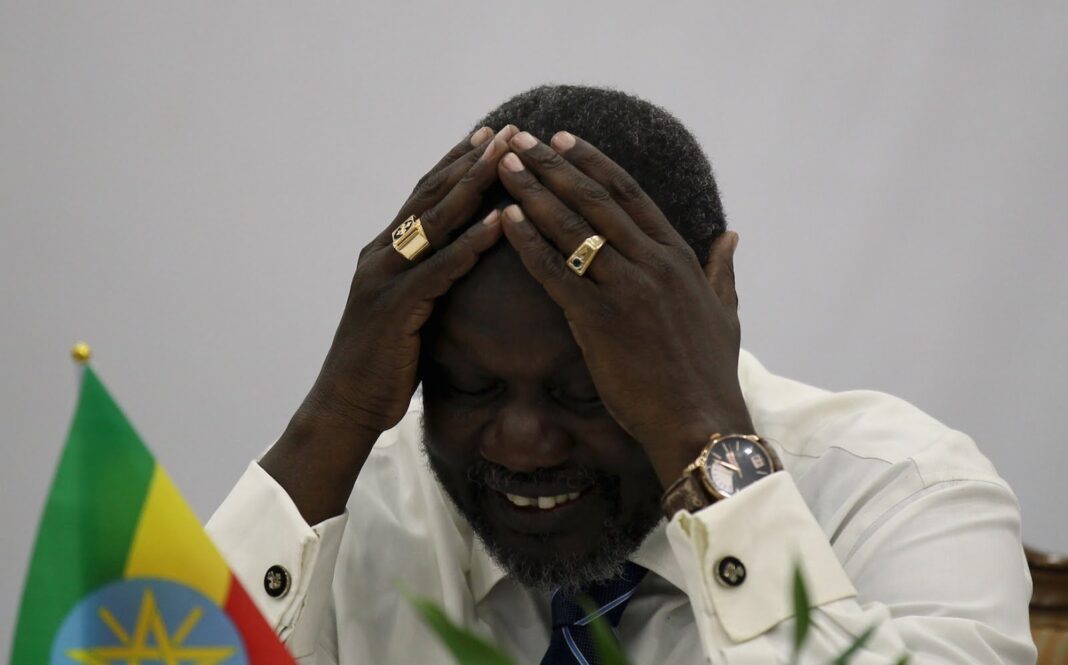 South Sudanese peace talks that was led by TPLF junta’s senior member, Seyoum Mesfin, did not bring the desired outcomes due to his biased stance between opposing parties, the country’s Ambassador to Ethiopia said.

Ambassador James Pita Morgan told The Ethiopian Herald yesterday that he was delighted over Prime Minster Abiy Ahmed’s remark about the TPLF’s negative role in South Sudanese peace talks in his parliamentary address on Monday.

The 2015 peace agreement signed by South Sudanese warring parties in Addis Ababa was not materialized due to the clear favouritism Seyoum had held, Ambassador Morgan said.

He said Seyoum was taking a clear side and after a brief time, the whole thing collapsed in 2016. According to the Ambassador, the peace process did not bring the intended solution for the conflict.

Expressing delight by Premier Abiy’s statements on the issue, he indicated that the government of South Sudan has refrained from exposing TPLF’s ill-intention in the peace talks publicly with a view not to harming the two countries longstanding and cordial relations.

“South Sudan believes in one leadership that is the leadership of Abiy Ahmed,” Morgan said, adding that Ethiopia has a rich experience of handling and solving internal problems.

The ambassador further highlighted that the two countries relationship has reached at the highest stage at political, economic and people-to-people frontiers and they share common stance in regional and international issues of mutual importance.

South Sudan has a firm belief that Ethiopia will overcome the current challenge and smoothly continue its development projects.