Home frontpage Ethiopia: TPLF in Disarray and the Remaking of National Unity 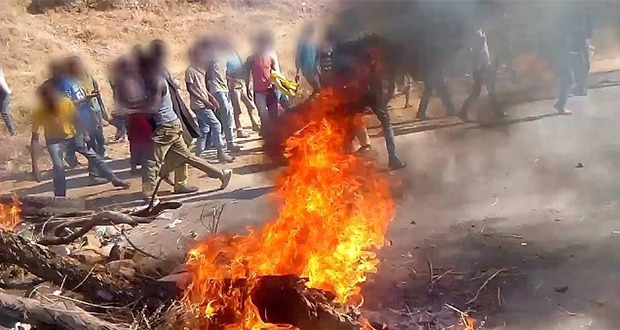 NAIROBI (HAN) January 7, 2016 – Public Diplomacy and Regional Stability Initiatives News. by Messay Kebede. That in less than six months after announcing a 100 perce

nt electoral victory in national elections the TPLF faces a formidable uprising in Oromo regions and in a lesser scale in some parts of Ethiopia constitutes the mother of all irony. Unsurprisingly, the only response known to the government to the popular unrest is massive mobilization of security forces, including the army, and violent crackdowns resulting in deaths, severe beatings, and arbitrary imprisonments. This time, however, there is a difference: the TPLF is badly wounded by the protests and uprisings and seriously weakened.This is shown by the fact that the TPLF was compelled to publicly drop the Addis Ababa Master Plan in an attempt to quell the unrest. I give no credence to what the TPLF says or promises and remain convinced that it will implement the Plan in one form or another. Still, that the TPLF was forced to back down in the face of popular opposition is the first in kind since it seized power in 1991. No doubt, the official announcement of a retreat was an extremely difficult one in view of the too familiar and boundless arrogance of the TPLF. Like an injured animal attacks left and right, one should, therefore, expect the intensification of repression and a tightening of the control system from the enraged arrogance.Another manifestation of a weakened TPLF is the surrender of Ethiopia’s exclusive sovereignty of the so-called Renaissance Dam. Despite denials of the Ethiopian government, the recent agreement does stipulate that the filling of the dam requires a prior consensus with Egypt and Sudan; it also specifies that the latter will be given priority for the electricity generated by the dam. One must be a fool not to see that these conditions establish a de facto co-ownership of the dam by the three countries. The surrender is just a confirmation of the TPLF’s conviction that it does not have the national support that it needs to withstand Egyptian demands.

In my view, the current popular revolts are bound to have consequences that will deepen the weakening of the TPLF. Among these consequences, three major ones particularly stand out. The first has to do with the cohesion of the EPRDF itself. As a major partner in the ruling coalition, the OPDO has been humiliated and seriously rebuffed by the uprisings in Oromia. Non-Oromo security forces had to be called to repress the popular protests, obvious as it is that Oromo security personnel were either reluctant to crackdown or the TPLF could no longer trust them. We even heard some TPLF members accusing the Oromo forces of gross incompetence, worse yet, of secretly supporting the protesters. Whatever the interpretation, one thing is sure: a rift that would be difficult to bridge is now visible within the EPRDF.
Another major consequence is the end of the myth of Ethiopian stability under the hegemony of the TPLF. Some such outcome is likely to be of great concern for Western governments and investors as well as for the growing Chinese involvements in Ethiopia. Western governments had so far turned a blind eye on the gross violations of human rights in Ethiopia as a ransom for the guarantee of stability and economic development in a continent too prone to political turmoils and violent conflicts. But when unrests multiply, especially when they come from the Oromo who are supposed to have most benefited from the liquidation of Amhara hegemony and the establishment of federal system of self-rule, they reveal a deep crack in the very foundation of the regime.

The impact of the collapse of the myth of stability is already visible in the recent declaration of the American government expressing deep concern over government’s crackdown on protesters and calling for a “constructive dialogue to address legitimate grievances.” Another possible expression of discontent of the US could be the precipitated shutdown of American base for drone operation in southern Ethiopia: even if military factors must have been the real reason for the decision, its official announcement at a time when the TPLF is losing face in the eyes of the international community looks like a betrayal of an ally that has no longer faith in the regime.

Last but not least, the uprising and the violent crackdown invite a rethinking among opposition forces, notably a heightened awareness of the need to counter the divide-and-rule strategy of the regime by going past ethnic alignments. Many observers are wondering why other ethnic groups, especially the Amhara, are not joining the Oromo uprisings, all the more so as it is but evident that the TPLF would be unable to suppress if the uprisings extend to other regions. Indeed, expanding these protests into a national movement, by which alone other ethnic groups can be coopted, is the sine qua non to defeating and overthrowing the TPLF.

The good news is that appeals for rapprochement between the various groups are being heard here and there and in some places––still very limited––we see a debut of implementation, as in the case of Medrek and Semayawi parties agreeing to work together. There is no doubt that it would be difficult to overcome the descending path created by decades of divisive politics and mutual suspicion, but the spectacle of Oromo protesters abandoned to the violent fury of the TPLF should give us all a pause. The crackdown on Oromo protesters under the eyes of other groups acting as bystanders is simply the spectacle of a people made powerless by its own divisions.

Needed, therefore, is the remaking of unity through the dialectical process of negation and negation of that negation. The original unity was abstract, homogenizing; it was negated by divisions and ethnic fragmentations. The TPLF is trying to solidify the movement of fragmentation. We have to say no by negating the fragmentation, but this time to obtain a synthetic unity, the unity that integrates diversity conquered through the first negation. This is called development, as opposed to fragmentation or secession.