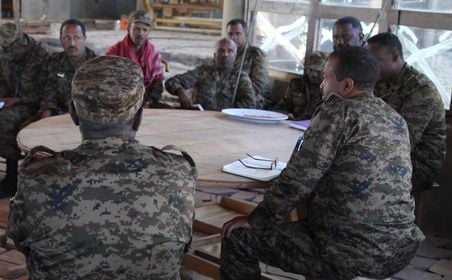 The discussion mainly focused on ways of hunting down and arresting the criminal TPLF clique, said the Ministry of Defense on its official Facebook page.

In a statement released recently, office of the Prime Minister announced the end of the active phase of the military operation in Tigray and the launching of manhunt to arrest the criminal clique.

The office said the current task of the Government mainly includes bringing fugitives to justice, restoring law and order, as well as guaranteeing citizens in affected areas have unfettered access to humanitarian assistance.

Resettling and rehabilitating those who have been forced to cross borders and restoring transport and communications services that have been destroyed and disrupted by the criminal clique are also a priority for the Federal Government, the office noted.