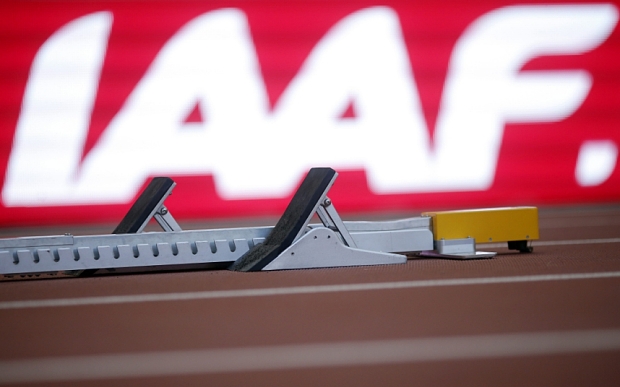 ADDIS ABABA (HAN) April 12. 2016. Public Diplomacy & Regional Security News. By ELIAS MESERET. Ethiopia must carry out mass doping tests on up to 200 athletes by November or be the latest to face further action by the World Anti-Doping Agency and a possible ban by the IAAF, track and field officials in the country said Thursday.

Ethiopia will attempt to test between 150 and 200 athletes over the next seven months and will start as soon as next week, national track team doctor Ayalew Tilahun said.

“We are told that we could be banned from the IAAF if we don’t comply with the request,” Ayalew said at a news conference in Addis Ababa.

Results of the drug tests must be provided to WADA and the IAAF, he said. The government has provided $300,000 to fund the testing.

Ayalew told The Associated Press in a separate interview that Ethiopia could be banned from all sports if its doping program is not significantly improved.

“The struggle is critical,” he said.

WADA officials will visit Ethiopia to assess the progress on June 3 and IAAF President Sebastian Coe is also expected to visit around that time, Ayalew said.

Ethiopian Athletics Federation head Alebachew Nigussie said there was no threat of a ban from this year’s Olympics in Rio de Janeiro, adding “but that doesn’t also mean we need to relax.”

Ethiopia is the latest country to face sanctions following major doping scandals in Russia and Kenya.

Russia was banned from international track and field competition by the IAAF after a WADA-commissioned investigation found serious problems with its anti-doping controls. Kenya has missed two deadlines to put its program in order and faces being declared non-compliant by WADA at its board meeting in Montreal on May 12.

That could also prompt the IAAF, under pressure to act after a string of corruption scandals related to doping, to consider a ban for Kenya, the world’s top distance-running nation and where 40 athletes have been banned since the 2012 Olympics.

Coe previously identified Ethiopia as one of five countries with an anti-doping program in “critical care.” Kenya, Morocco, Belarus and Ukraine were also named as problem countries by the head of world athletics.

Ethiopia last month suspended three runners for doping and is investigating at least another three. In total, at least nine Ethiopians are currently under suspicion, with an undisclosed number being investigated separately by the IAAF.

Also, Ethiopia-born former 1,500-meter world champion Abeba Aregawi, who now competes for Sweden, tested positive for meldonium and faces a ban. Aregawi reportedly failed the test in Ethiopia, where she spends much of her time.

Kenya faced similar problems over the ease with which banned substances could be obtained because of its weak anti-doping controls.

Failure to carry out the extensive testing and bring other parts of the anti-doping program up to scratch could lead to Ethiopia being declared non-compliant with WADA’s code, bringing in play a possible sterner punishment from the IAAF.

Ethiopia also needs to urgently upgrade its national anti-doping office. Ayalew told the AP that when WADA officials came to assess the office in December they were shocked by the poor standard of the facilities and gave it a rating of “zero.”