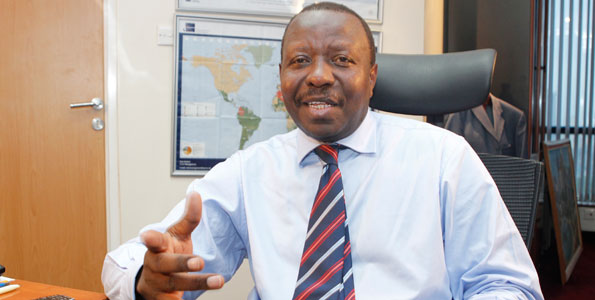 The loan, which was approved on September 25, 2015, is to be paid in 35 years. It is part of a package of 30 million dollars, 7.5 million of which have also been extended to Benin and 15 million dollars to Cote d’Ivoire.

Established in 2001 by seven African countries with financial and technical support of the World Bank to reduce investment and trade risks in the Africa, ATI is an insurance agency that guarantees to trade exchanges between member African countries. It now has 40 member states and investments worth 17 billion dollars in Africa.

Ethiopia needs to take further steps after paying the subscription fee. These include ratification of the ATI Treaty by the parliament, signing ATI’s participation agreement, and obtaining approval from the National Bank of Ethiopia for the sale of the political risk products in the country, according to Abebe Taddesse, Project Manager & Senior Expert at the Ministry of Finance & Economic Development (MoFED).

The services of the ATI include insurance convergence to the sale of goods on a letter of credit, trade risk insurance products in the import and export of goods as well as during trade embargoes among member African countries. ATI also covers political risks by giving guarantee to companies’ loss in cases of nationalisation, confiscation, cancellation of licence in the investment receiving country, change of polices, government, civil war and terrorism.

Political and trade risks are insurance products beyond the capacity of national insurance companies as they require a huge amount of money. Selling insurance products to multinational companies and other companies in the member states, ATI has a commercial nature. But it does not sell ordinary insurance products which are rendered by local companies, said Zafu Eyesus Work Zafu, former president of the Addis Ababa Chamber of Commerce and Sectoral Associations (AACCSA) and chief executive of the African Reinsurance Corporation, one of the founding shareholders corporation of ATI.

Some investors as well as countries are fearful of creating trade exchanges and joint investments in the country without trade risk and political risk guarantees being given by such agencies, said Zafu Eyesus, who had been CEO of African Reinsurance between 1984 and 1993.

ATI benefits the country as it creates trust and confidence in the trade exchanges between member countries and gives guarantee to companies that need to invest in the country, attracting more foreign direct investments, Zafu added. Particularly with the country’s second Growth and Transformation Plan (GTP II), by which it aspires to attract more investment, and the recent IMF report on the country’s debt, countries and companies may require more guarantees for their investments and trade exchanges, necessitating membership to ATI, he elaborated.

Once Ethiopia obtains full membership to the ATI it is entitled to receive dividends from the profits of the agency  and ATI could collect premiums from companies in the country after selling political and trade products.

This is not contradictory to the national law that prohibits any foreign monetary institutions to engage in the financial sector of the country as the products to be sold by the agency are products beyond the ordinary insurance products given by the local companies. Foreign institutions are still not allowed to offer the ordinary products, said Abebe. Addisfortune