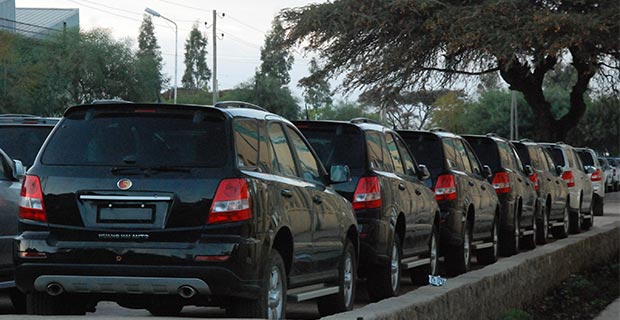 ADDIS ABABA (HAN) June 1.2016. Public Diplomacy & Regional Security News By Aaron Maasho.  Ethiopia has grand ambitions for its tiny auto industry, seeking to transform a handful of assemblers that bolt together imported kits into a network of factories that can make the country Africa’s biggest car manufacturer over the next two decades.

It is part of a vision to turn a nation that is among the poorest in Africa into an industrial centre that no longer relies on fickle weather patterns that periodically devastate the agrarian economy and leave its people hungry. 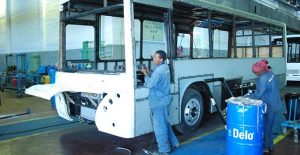 Plans are taking shape in industrial zones around Addis Ababa and the northern city of Mekelle, where Ethiopian firms and Chinese partners assemble the vehicle kits.

Ethiopia produces about 8,000 commercial and other vehicles a year for the home market, about a quarter of which are cars. But executives say they have capacity to make more if they could obtain extra foreign exchange to import kits in greater numbers. The nation imported more than 38,000 assembled cars in 2015, a more than 50 percent increase on 2014.

“There is a lot of potential for growth,” said Ma Qun, deputy manager of China’s Lifan auto group in Ethiopia, which has the capacity to assemble 5,000 cars a year but whose output is less than a fifth of that. “We want to start exporting from Ethiopia by 2018, or a year later,” he said.

For now, Ethiopia is a minnow in African terms. South Africa and Morocco are involved in the full manufacture of vehicles annually making more than 600,000 and 200,000, respectively. Egypt, Sudan and Kenya also assemble vehicles.

Assemblers in Ethiopia, which put together Chinese brands Geely, FAW and BYD as well as Lifan, face other hurdles, notably in obtaining dollars to import kits given the nation’s scant currency reserves. They are also battling to reassure consumers about quality.

But Ethiopia has delivered on ambitious targets before, boasting one of Africa’s fastest growing economies for more than a decade. New dams have turned the country into an electricity exporter and it has a rapidly expanding transport network.

“The aim is to become a leading manufacturing hub in Africa,” State Minister for Industry Tadesse Haile told Reuters. “We want to become the top producer of cars on the continent in 15 or 20 years.”

This year, an electrified railway will link the land-locked nation of 97 million people to Djibouti port where the Red Sea meets the Indian Ocean, providing a cheap and fast way to import raw materials and export finished goods. 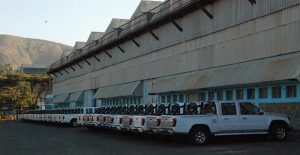 China, which has become a close development partner for a nation whose state-led economic model has closely mirrored the Chinese approach, is building the railway. Chinese car firms are now at the centre of Ethiopia’s vehicle manufacturing plans.

An executive at one Ethiopian manufacturer said Chinese car kits were cheaper than those from rivals, such as in Japan. “They are helping us in marketing,” he added, asking not to be identified.

Ethiopia desperately needs a new fleet of cars. The streets of Addis Ababa are filled with dilapidated vehicles. Some of the ubiquitous blue and white taxis are rattling Soviet-era Ladas built in the 1980s. Many of its imports are used vehicles.

A new middle class is slowly emerging to push up demand, even though the growth forecast for 2016 has been cut to 7 percent from 10 percent because of a drought that has left 10 million people hungry.

The industry is still based on fixing together “semi-knockdown” kits that come in a 1,000 or so pieces each. But the aim is to shift to “complete knockdown” kits, requiring greater local input, in five years or less, the minister said.

“We are working on that,” said Endalkachew Mekonnen, automotive marketing manager at Mesfin Industrial Engineering, which assembles Geely sedans. His firm plans to use “complete knockdown” sets in the next two years, he added.

The commercial truck business is dominated by state-owned METEC, which assembles SINOTRUK and other models, executives said. Some pickups and tractors are also assembled in Ethiopia.

A major constraint on the car industry is sourcing dollars. “For example, if we apply for $500,000 for a month’s worth of shipments, the bank will give us $200,000 for two months,” Lifan’s Ma said. “This is a challenge.”

Similarly, Belayab Motors completes about 500 cars a year, but an executive said it could lift output to 1,000 with extra shifts and more dollars.

With huge infrastructure projects the priority, the central bank is frugal when doling out foreign exchange on imports.

Ethiopia’s foreign reserves were $3.3 billion at the end of June last year, the equivalent of just two months of imports, according to the International Monetary Fund. Neighbouring Kenya usually has four months cover and, for now, has five months.

“We are working on improving conditions for all manufacturers. We hope to ease shortages in the near future,” minister Tadesse said.

The IMF has urged Ethiopia to offer more support for private business. “Success going forward will depend critically on a greater role for the private sector,” it said in September.

The list of foreign investors in Ethiopia is growing, ranging from brewer Heineken to private equity firm Kohlberg Kravis Roberts (KKR). But the tight currency controls are cited by potential investors as a major deterrent.

Ethiopia’s car assemblers face another challenge, namely that their cars do not hold their prices as well as finished imports. “The big obstacle they face is resale value,” said Araya Lakew, whose mekina.net website links buyers and sellers.

Some used imports, such as Toyotas, even rise in birr terms with the weaker currency, unlike locally assembled models.

Lifan’s marketing director Tomi Su said his firm would keep making their models more attractive to consumers. “There will be new gadgets in every upgrade,” he said.

Conflict in Ethiopia: A Special Roundtable in Canada

Ethiopians are Celebrating being liberated From the TPLF Junta

Sudan: A Panel on Canada-Sudan Relations