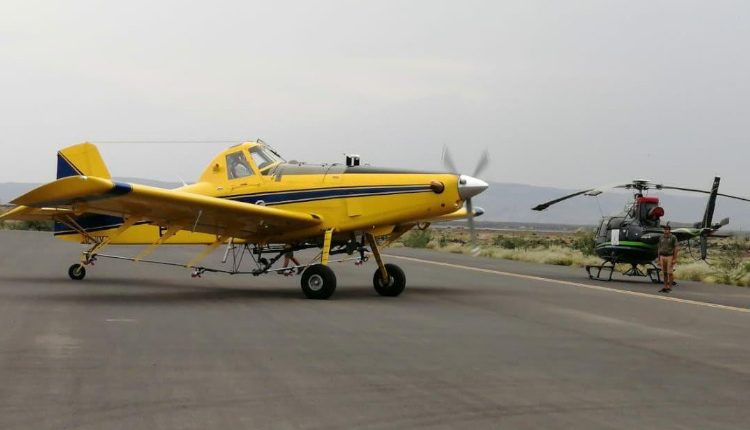 Addis Ababa, October 11, 2020 (FBC) – Ministry of Agriculture announced preparations to bring in five additional aerial spraying planes till upcoming Wednesday in order to intensify the fight against the increasing locust swarms in several parts of the country.

The locust swarms has descended on Tigray, Amhara, Oromia and Somali regions and Dire Dawa City Administration, among other areas of the country.

The country is stepping up aerial spraying and implementing other protective measures to curtail the spread of the grasshoppers to other places, Minister of Ministry of Agriculture Oumer Hussien said.

Shortage of spray planes is impeding the fight against the swarms as two planes went down while spraying pesticides on lands affected by the disaster.

The Minisry is screening out farmers who have been affected by the locust swarms in order to support them accordingly, the Minister noted.

The Agriculture Minister Oumer Hussien further called up on the private sector to contribute its share in the fight against the locust swarms that has posed a threat to the food security in the country.