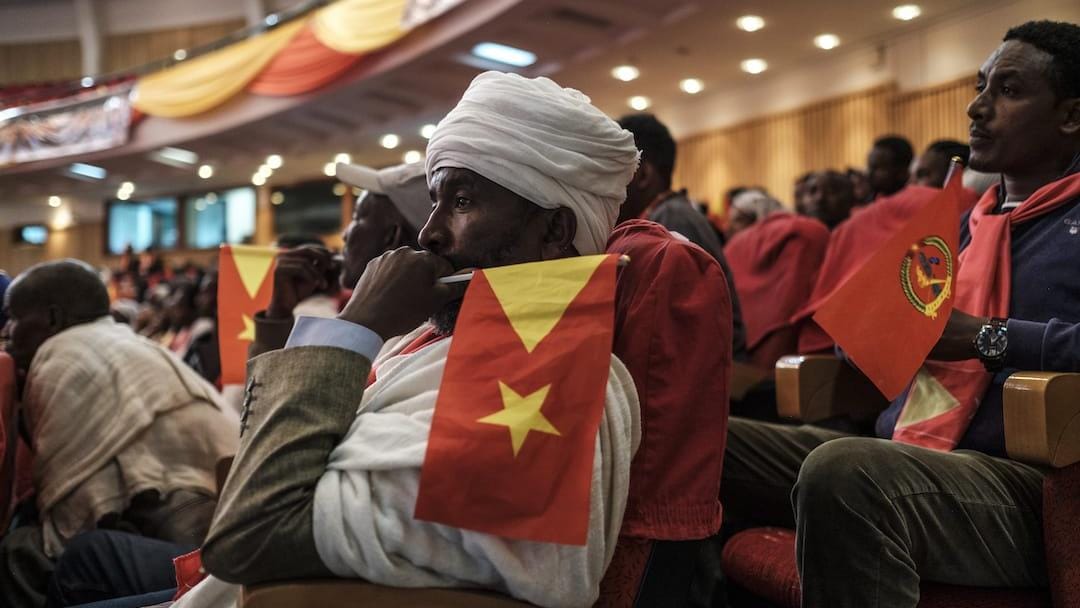 ADDIS ABABA (HAN) September 8. 2020. Monitoring Regional Issues. In a career that took him from Mogadishu to Washington and beyond, veteran diplomat Wondimu Asamnew spent 24 years pleading Ethiopia’s case to the world.

These days, though, he is pushing a different narrative: that the federal government he once served is now like “a drunken driver” steering the country towards “anarchy”.

It is a message that plays well in Wondimu’s native Tigray region, which once dominated Ethiopian politics but has fallen out with the government of Prime Minister Abiy Ahmed, winner of last year’s Nobel Peace Prize.

The rancour will be on display on Wednesday when Tigray holds elections for its 190-seat regional parliament, flouting a federal decision to postpone all polls because of the coronavirus pandemic.

The elections are just the latest example of how Tigrayan officials are increasingly acting like leaders of an independent state.

The region has recently adopted stricter coronavirus policies than the rest of the country, forcing most visitors from other regions to go into quarantine.

It has also reached out to Saudi Arabia offering to take in Ethiopian migrants it accuses Abiy of abandoning there.

Its independent streak can even be seen in Wondimu’s unlikely career trajectory.

Earlier this year, the former ambassador came out of retirement to head the newly-formed Tigray Friendship Liaison Office, which helps Tigrayan officials communicate with other governments, trade councils and cultural bodies.

The office represents an effort by Tigrayans “to explain ourselves to the world”, Wondimu said, and to distance themselves from a fraught democratic transition under Abiy that has been undermined by persistent ethnic violence.

“While the whole country is in shambles, our institutions are working,” Wondimu told the AFP news agency. “In this sense, you can say that we are an island in troubled waters.”

Leaders from the tiny ethnic group which makes up only six percent of Ethiopia’s 110 million population went on to control Ethiopia’s governing coalition for nearly 30 years.

But that ended after anti-government protests swept Abiy to power in 2018.

TPLF leaders complain they have since been unfairly targeted in corruption prosecutions, removed from top positions and broadly scapegoated for the country’s woes.

This week’s election dispute has been brewing for months, ever since the national poll body announced in March that the pandemic would force the postponement of national contests scheduled for August. No new date has been given.

Tigrayan leaders rejected the extension of political mandates – which would have expired in October – contending Abiy will have no legitimacy after that.

Federal election officials said in June the elections had “no legal basis”, and on Saturday the upper house of parliament ruled they were “null and void”.

In recent days, Abiy’s office has instructed the Ethiopian Broadcasting Authority to call journalists working for foreign media outlets to pressure them not to cover the vote.

On Monday, intelligence agents barred several journalists from boarding a flight from Addis Ababa to Mekele.

TPLF leaders have so far refrained from advocating that Tigray secede from Ethiopia, saying they are committed to trying to keep the country together.

But several strident nationalists are on Wednesday’s ballot.

To improve its odds, the party has replenished its roster of candidates, removing some ageing cadres in favour of young, educated technocrats and businessmen – some of whom had no previous formal links to the party.

“It’s been a radical change in the political mindset of the Tigrayan people over the last two years. The TPLF had to reorganise themselves and reinvent themselves to capture that,” said Kjetil Tronvoll, an expert on Ethiopian politics.

The most extreme of the five parties contesting on Wednesday is the Tigray Independence Party, which argues that the region would be better on its own.

“At this moment, the acceptance is beyond our expectation,” Girmay Berhe, the party’s leader, told AFP of how the party’s candidates were being received.

This comes as no surprise to Abraham Gebremedhin, a Tigrayan pop singer who made his name with songs championing national unity but recently moved from Addis Ababa back to Tigray “to stand with my people”.

Though secession is not an idea Abraham endorses, he understands why others might.

The federal government “is pushing the people of Tigray into a corner in a way I have never seen in my life,” he said.

“With these bad attitudes, they may make secession inevitable.”