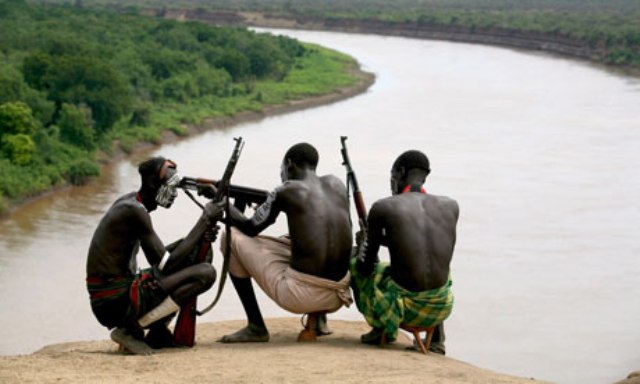 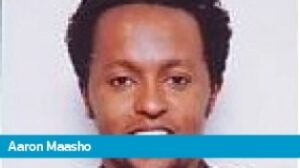 The Ethiopian decision to fund the huge Dam project itself also carries the risk of stifling private sector investment and restricting economic growth, and may jeopardize Ethiopia’s dream of becoming a middle income country by 2025.

There is a regional  particular concern over the Gibe III dam being built on the Omo river, the largest infrastructure project in Ethiopian history. Campaigners say it threatens the livelihoods of hundreds of thousands of people in the South Omo region and around Lake Turkana in Kenya. The Lower Omo Valley, a Unesco World Heritage Site, is home to agro-pastoralists from eight distinct indigenous groups who depend on the Omo river’s annual flood to support riverbank cultivation and grazing lands for livestock.

Ethiopia’s bold decision to pay for a huge dam itself has overturned generations of Egyptian control over the Nile’s waters, and may help transform one of the world’s poorest countries into a regional hydropower hub.

By spurning an offer from Cairo for help financing the project, Addis Ababa has ensured it controls the construction of the Renaissance Dam on a Nile tributary. The electricity it will generate – enough to power a giant rich-world city like New York – can be exported across a power-hungry region.

But the decision to fund the huge project itself also carries the risk of stifling private sector investment and restricting economic growth, and may jeopardize Ethiopia’s dream of becoming a middle income country by 2025.

The dam is now a quarter built and Ethiopia says it will start producing its first 750 megawatts of electricity by the end of this year. In the sandy floor of the Guba valley, near the Sudanese border, engineers are laying compacted concrete to the foundations of the barrage that will tower 145 meters high and whose turbines will throw out 6,000 megawatts – more than any other hydropower project in Africa.

But economists warn that squeezing the private sector to pay for the public infrastructure could hurt future prospects. Growth is already showing signs of slowing.

Even so, Addis Ababa says the price is worth paying to guarantee Egypt has no veto over the dam, the centerpiece of a 25-year project to profit from East Africa’s accelerating economic growth by exporting electricity across the region.

“We did not want this dam to suffer from external pressures, particularly with respect to financing,” said Fekahmed Negash, a director within Ethiopia’s Ministry of Water and Energy.

Ethiopia’s transformation from an economic disaster barely able to feed its people into an emerging regional leader capable of self-financing mega-projects has recast diplomacy over the Nile, northeast Africa’s most important resource.

Egypt, which has claimed exclusive right to control the river’s waters for generations, is fuming. Cairo worries the dam will reduce the flow on which it has depended for drinking water and irrigation for thousands of years.

It has demanded building be halted pending negotiations between the countries, and had offered to take on joint ownership of the project, an offer Addis Ababa dismissed.

Cairo no longer wields the same leverage it once did when upriver sub-Saharan countries were too poor to build such huge projects themselves.

Still, the dam’s cost of more than $4 billion is roughly 12 percent of the annual output of Ethiopia, a steep price to pay for a country spurning outside help.

Ethiopia has resorted to measures like forcing banks that lend to private borrowers to lend the equivalent of 27 percent of their loan books to the government at a low return, effectively a tax on private lending.

Along with other projects, the dam is draining so much financing from the economy that private investors’ access to credit and foreign exchange is being jeopardized, hurting growth, the International Monetary Fund says.

The IMF forecast in November that output growth would slow to 7.5 percent this fiscal year from 8.5 percent in 2011/12, and said the economy needed restructuring to encourage private sector investment now crowded out by huge public projects.

Ethiopia needs high growth to fulfill plans to lift its population out of deep poverty. Per capita income was still just $410 in 2012, the World Bank says.

The government disputes the view that lavish public spending is hurting overall economic performance, and forecasts a higher growth rate than the IMF.

Italy’s biggest construction firm, Salini Impregilo, which is building the dam, says all payments have been made on time so far and it has no worries about Addis Ababa continuing to come up with the needed billions.

“We have full confidence in the government of Ethiopia,” the firm said in an e-mail to Reuters.

And the dam is just the start for Ethiopia’s ambition of becoming a regional power hub. A government plan seen by Reuters would see Africa’s second most populous nation target installed capacity of 37,000 MW within 25 years – far more than the World Bank’s estimate of just 28,000 MW for the entire current output of sub-Saharan Africa excluding South Africa.

In the Ministry of Energy, a building whose stark design is a throwback to when communists ran Ethiopia’s economy into the ground, a poster maps Ethiopia’s energy goals.

From a dot on the Nile, lines run north through Sudan and across the Sahara desert as far as Morocco while extending southwards to South Africa, linking Kenya, Rwanda, Tanzania and other power-hungry economies.

Djibouti, Kenya and Sudan already take 180 MW, which, though a small amount so far, is already changing the economics of electricity in the region, Ethiopian officials say.

“Before it started getting power from Ethiopia, Djibouti’s tariff was 30 U.S. cents per kilowatt hour. We are selling to them at 6 cents,” said Mekuria Lemma, corporate planning chief at Ethiopia’s state-run power corporation, EEPCO.

Kenya has signed an agreement to buy about 400 MW. Rwanda too inked a deal in March to take 400 MW by 2018 and a similar arrangement with Tanzania is expected. Beyond Africa, talks are expected over supplying 900 MW to Yemen via an undersea cable.

As long as Ethiopia spurns outside funding, there seems to be little an angry Cairo can now do to stop the dam.

The sparkling streams at the foot of Ethiopia’s Mount Gish spill into Lake Tana from where the Blue Nile meanders gently towards Sudan’s capital, Khartoum, where it joins the White Nile and flows north through Egypt and drains into the Mediterranean.

Among Cairo’s worries is concern that years of filling the new dam’s 74 billion cubic meter reservoir will temporarily cut the river’s flow, and that surface water evaporation from the huge new lake will then reduce it permanently.

“Water problems even without this dam are sky high,” said water expert Klaus Lanz in reference to Egypt’s shortage.

Egypt leans on a 1959 treaty with Sudan which hands Cairo the lion’s share of water. Some Egyptian politicians even urged military action last year against Ethiopia, raising concerns of a “water war”.

The public political bluster has died down, but Egyptian officials still refer to safeguarding their nation’s quota of the Nile’s flow as a matter of national security.

In a government white paper, Cairo calls the construction of the dam a “violation” of international legal principles, in particular the duty to prevent harm to other riparian nations.

“We have no other resources,” Egyptian foreign ministry spokesman Badr Abdelatty told Reuters. “So it’s not a joke. We will not allow our national interests, our national security … to be endangered.”

“We are still for cooperation, negotiation, but only serious negotiations, not to waste time,” Abdellaty added.

But distracted by militant violence and political turmoil at home, Cairo appears to have few levers with which to force Addis Ababa to halt the project. Ethiopian officials say the dam could be completed as early as 2016.

Ethiopia denies Egypt will suffer and complains that its northern neighbor has flexed its political muscle to deter financiers from backing other Ethiopian power projects.

Fekahmed of the water ministry said Cairo had influenced a decision by China’s Electric Power Equipment and Technology Co. to pull out of a $1 billion deal to connect the dam to the grid.

“The authorities in Egypt made a noise,” Fekahmed said, adding that another Chinese group was now lined up to fund the high voltage lines. Egypt’s Abdelatty did not comment on the specific case but confirmed that Cairo was trying to use its influence to push foreigners away from backing the project.

“We have contacts with everybody,” said Abdelatty. “(The minister) raised it with Russia, with China, you name it.”

In a diplomatic coup for Ethiopia, and a political blow to Egypt, the other major down river country, Sudan, has slowly warmed to the dam project and lifted its own earlier objections. Sudan may benefit from cheap power and irrigation water.

Egyptian Foreign Minister Nabil Fahmy told Sky News Arabic this month he rejected a military solution and dismissed referring the dispute to the International Court of Justice, which would require the agreement of both sides.

Instead, Egypt continues to push hard for further studies on the dam’s design and impact on downstream countries. All the while, Ethiopia shows no sign of ordering the downing of tools.

“We will finish it whether they like it or not,” said a senior Ethiopian official who requested anonymity. “But of course, we will continue negotiating in the meantime.”