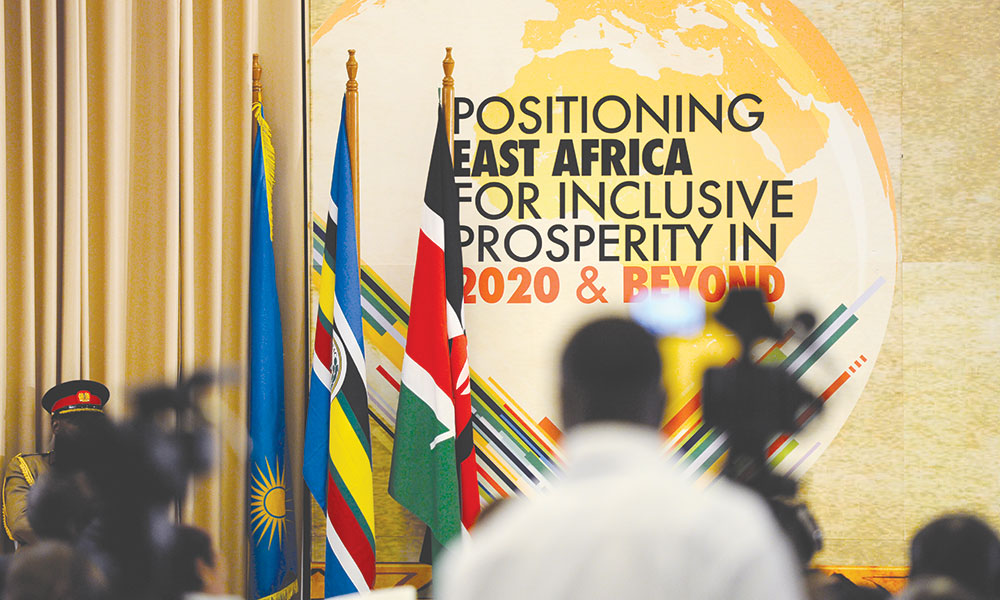 The countries are Ethiopia, Kenya, Tanzania and Uganda with the other African nation being tagged is Ghana.

IHS touts itself to be a leading source of insight, analytics and expertise in critical areas that shape today’s business landscape.

IHS said last week the 15 investment hotspots in the Europe, Middle East and Africa (EMEA) region should offer some good news to businesses.

This is according to its study on foreign direct investment (FDI) hotspots at the company’s Global Economic and Country Risk conference held in Vienna last week.

In Emerging Europe the countries are Czech Republic, Romania, Serbia, Slovakia and Turkey while the UAE, Qatar, Saudi Arabia, Tunisia, and Iran are cited as exciting prospects for the Middle East and North Africa.

According to a press release, many African economies will grow rapidly over the next decade. However, the total size of African GDP remains very low. Total GDP of the African continent was estimated to be $2.3 trillion in 2015, similar to Indian GDP, and about 3 percent of global GDP.

The report states that many sub-Saharan African countries remain highly dependent on commodity exports, making their exports and fiscal revenues vulnerable to the current slump in world commodity prices.

Despite these challenges, IHS economists identified a significant number of sub-Saharan African economies with high long-term potential growth rates over the next decade.

The East African region is a particular growth and investment hotspot, with Ethiopia, Kenya, Tanzania and Uganda all forecast to show rapid economic growth over the next decade.

Major liquid natural gas (LNG) projects are planned for Tanzania and Ethiopia, which could boost their economies over the medium to long-term outlook if these projects get the go ahead.

Kenya has a diversified economy including tourism, food processing, and IT-BPO industries as important growth sectors. Kenya has become one of the most attractive destinations in Africa for FDI inflows into a wide range of sectors, including infrastructure, energy, real estate and tourism. The Kenyan economy has grown at a pace of just over 5 percent per year in the decade to 2015. Tanzania has also shown rapid growth of 7 percent per year during 2013-2015, with similar growth expected in 2016.

“Ethiopia is a star on the rise. The government has been undertaking strategic policy reforms to build up its industrial sector, led by garments and food processing, and they have accelerated infrastructure development including hydropower dams, railroad, and ports as well as a 3G roll-out scheduled over the three-year outlook.”, Rajiv Biswas, a senior director for economics at IHS Global Insight said.

Real GDP growth in Ethiopia exceeded 10% per year in the decade to 2015. Strong growth is expected to continue, with GDP growth forecast at 7.6 percent in 2016.

IHS has been in business since 1959 and became a publicly traded company on the New York Stock Exchange in 2005.