Home Ethiopia Ethiopia: This would not be a vacation but an adventure 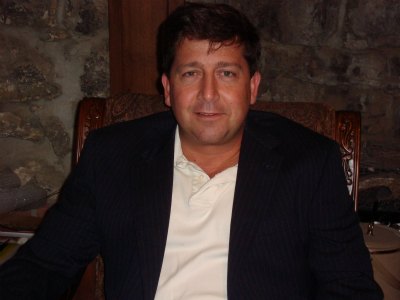 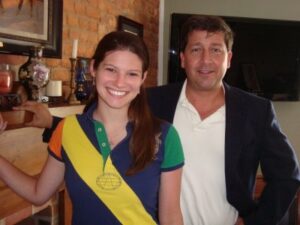 Erryn Barkett is making plans to fly a small plane to Ethiopia in order to benefit a developing hospital.

Tom Clarke, CEO of Kissito Healthcare, approached Erryn with the need for a plane and pilot. Clarke asked Barkett if he could find him a plane that could be used to fly between Ethiopia and Uganda, and then fly that plane to Ethiopia from The U.S. The roads in this mountainous terrain are difficult to drive, and flying a plane will be a much more efficient way to travel.

The New Ethiopia and Harar: Welcome to the birthplace of mankind and coffee!” proclaimed my Peace Corps invitation, touting two of my favorite things. So, naturally, I was happy with my volunteer placement.

After living and working as an English teacher in rural Ethiopia for more than a year, I thought I might not get to travel much around the country until my friend Taylor Anne decided to visit for vacation in early December. Vacation? I had to inform her that this would not be a vacation but an adventure.

While Ethiopia’s calendar does have 13 months, there’s not always sunshine, despite what the country’s slogan promises. Depending on where you want to visit, you may want to keep the rainy season, May through September, in mind. It is still fairly dry in the north during rainy season and it is cooler, but in the south, you will need rain gear.

Because Ethiopia’s infrastructure is still growing, you may also want to fly to your destination. Otherwise, you could be packed on 10-hour bus rides with chickens under your seat, and the vehicle is likely to break down or get a flat. Personally, I would take the bus for a better story, a more authentic experience and the snacks shared by the locals. Renting a vehicle is another option that is affordable.
Ethiopia offers many natural, historical and religious sights to see. Taylor Anne decided on Bahir Dar, Lalibela, Harar and of course the capital, Addis Ababa, where we began our whirlwind journey.

Addis Ababa, which means “new flower” in Amharic, Ethiopia’s official language, is one of the fastest-growing cities in Africa and home of the African Union, which oversees political affairs, agriculture, peace and security on the continent. The city, in the center of the country, is currently witnessing a huge project to construct a metro system and a railroad all the way to Djibouti.

We began at the National Museum of Ethiopia, home to the 3.2-million-year-old skeleton of the famous australopithecus Lucy, or Dinknesh, “the wondrous one,” as she is known in Amharic. We also checked out the intense “Red Terror” Martyrs’ Memorial Museum, which documents the atrocities of the communist Derg regime, which ruled Ethiopia from 1974-1987.

For a lighter atmosphere, we went to a restaurant with nightly traditional dancing shows. Eskista, an Ethiopian dance, involves head and shoulder movements that do not seem humanly possible. During the show, we ate the restaurant’s most popular dish, doro wat, a spicy chicken stew with boiled egg. Ethiopian cuisine is typically a mix of vegetable stews and spicy meat dishes. A hot spice mixture, berbere, is an integral cooking ingredient. Each meal is eaten with Ethiopia’s staple injera, the huge flat bread that you use to scoop up your food with your hand.

Next, we visited Bahir Dar, the city on Lake Tana, the source of the Blue Nile River. Taking a boat out onto the lake to visit island monasteries, you can see fishermen, priests in their papyrus boats and hippos. The monasteries date back to the 14th century; the most beautiful is Ura Kidane Mehret. The walls inside are painted from ceiling to floor with representations of stories from the Ethiopian Orthodox tradition.

Most of the islands have coffee plantations. About one hour outside of Bahir Dar, you can cross the river to hike up to the Blue Nile Falls, a huge waterfall that will be biggest during rainy season.

Probably the country’s most famous destination is the northern town of Lalibela with its rock-hewn churches, a UNESCO World Heritage Site. Lalibela, named for a 12th-century king, is the second holiest city of Ethiopia. The first is Axum, where Christians have long claimed to have the lost Ark of the Covenant. Each of Lalibela’s 11 churches is carved out of a single rock with its roof at ground level. King Lalibela commissioned the building of the churches to be a symbolic representation of Jerusalem. It is said he saw Jerusalem, and after its capture by Muslims in 1187, he decided to make his kingdom a new Jerusalem. Be sure to get a local guide to share all of the fascinating information with you. The most breathtaking churches were Bete Medhane Alem, the largest monolithic church in the world, and Bete Giorgis, the House of St. George (patron saint of Ethiopia). My favorite excursion was an 11-mile hike we took into the hills to Ashetan Maryam. This monastery is built into the rock of the side of a mountain, overlooks Lalibela and has stunning views of the surrounding landscape. Lalibela means “honey eater,” and the town is also well-known for its white honey production. We spent our last Lalibela evening at a t’ejj bet, a honey wine house, with more traditional dancing.
Finally, we were off to Harar, an ancient walled town in the east, the fourth holiest city of Islam. Harar is a famous coffee-growing area and is where I had the best cup of coffee. Harar has a brewery you can tour where they make the country’s best beer, Hakim Stout.
In Babile, a small town outside of Harar, there is a camel market on Mondays and Thursdays where you can eat camel meat and drink tea with camel’s milk. The meat is chewy, but the tea is quite good. You could also buy yourself a camel, to get you back to Addis Ababa, for about $1,500. I am pretty sure that is the price for foreigners, so here is a valuable lesson anywhere in Ethiopia: always haggle.

No trip to Harar is complete without a visit to the hyena man, Mulugeta Wolde Mariam. He has tamed hyenas so that visitors can feed them. To do this, you can take a short ride to the outskirts of Harar in a bajaj, small, blue, three-wheeled vehicles that take passengers around towns in Ethiopia. It is easy to be nervous, but the hyenas are actually quite docile, nothing like Scar’s sentinels in “The Lion King.” You feed them camel meat on a stick using your hand or if you are courageous enough, you can use your mouth like Mulugeta. If feeding them by mouth does not prove to be too terrifying, you can get down on your hands and knees while Mulugeta holds a treat up high and a hyena jumps on your back to reach it. Seeing the hyena man was a great way to conclude our adventure.

I have only given a small glimpse of Ethiopia here. When I close my eyes, I see lush countryside and I smell incense and roasting coffee. My favorite part of our trip were the hospitable locals. Once, a Lalibela boy and I played a game of street-side table tennis. Several people invited us for coffee ceremonies, including a Harari woman with a traditional home, every inch of its walls covered in colorful ceramic plates and woven baskets. A coffee ceremony invitation is a sign of respect and friendship, a social event lasting two hours. Accept an invitation and you will get three small cups of coffee called abol, tona and bereka, meaning first, second and blessings. It is said that you undergo a spiritual transformation with these three cups.

Jacqueline Suits, a graduate of Glenvar High School (class of 2006) and Virginia Commonwealth University, has been a Peace Corps volunteer in Ethiopia since 2012. Her travels have also taken her to India, South America and Europe.