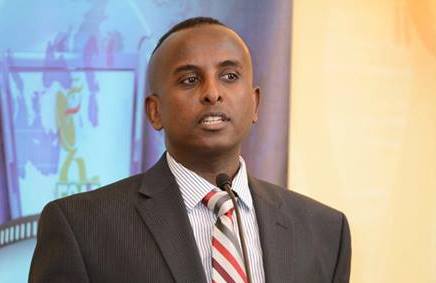 NAIROBI (HAN) March 30. 2016. Public Diplomacy & Regional Security News. BY: Assegid Habtewold. Following my presentation entitled “Bridging The Leadership Gap: For smooth transition and successful post conflict Ethiopia” on March 26, 2016 at Georgetown Marriott Hotel in Washington DC, some audience members chatted with me afterwards, and gave me some feedbacks. While many of them recognized the gap and glad that it was discussed at this conference, some of them challenged whether the elephant in the room is a leadership gap after all. Since the time allotted to each speech was 20 minutes max, it wasn’t possible to provide enough background information. Last year, PRO Leadership Global conducted its annual conference, which was held at Prince George’s Community College. The conference recognized the 3G (Geographic, Generational, & Gender) Leadership Gaps. No one disputes the existence of leadership gap in the Southern and Eastern Hemispheres than in the West. There’s a huge generational gap globally. Research shows that, in just the US alone, 33 million baby boomer leaders are going to retire by the year 2020. The same is true in our case. Who are leading both in Ethiopia and here in the Diaspora? The Ethiopian version baby boomer leaders J are in charge everywhere. Whether it’s within the ruling party or in the opposition camp; whether it’s in the NGOs or in the religious institutions, the dominant decision makers are members of the older generation. There’s nothing wrong with this as far as the contemporary leaders are conscious about the existence of the generational gap and proactively raising their successors. Unfortunately, that is not what has been happening. Likewise, it doesn’t take a genius to figure out that we’re plagued by gender leadership gap. Regardless of their number, which is more 50% and their lion share contributions at family, community, and national levels, enough women aren’t at the front and leading.

Once you have the context, please note that this past Saturday, I specifically talked about bridging the leadership gap that hasn’t allowed us to topple dictatorship. If you’re interested, you may consider reading my recent article entitled “Leadership Gap: The main reason why we keep failing to topple dictatorship” that briefly pointed out how our past and contemporary struggles to remove dictatorship and usher our country to a bright future- where there’ll be peace, stability, freedom, democracy, and the rule of law- have been sabotaged because of leadership gap. Some of the audience members who talked to me looked unconvinced. I don’t blame them because the familiar culprits many point their fingers at for our inability to carryout a smooth transition from dictatorship to democracy are TPLF, Derge, America and the Western Countries, even God (many think that we’re cursed), and still others believe that the devil has been messing us up J and the only way out is fasting and prayer. Sorry to spoil their pity parties. We’re the authors of our own failing. It’s not the strength of TPLF. Or the lack of diplomatic supports we haven’t got from TPLF’s allies. These may have some negative contributions toward our quest to make a smooth transition. If we have had competent leaders, we wouldn’t have kept failing. Of course, I’m not talking about leadership gap in numbers. The gap the presentation attempted to show was a quality gap- the lack of leadership competency, not just at the top, at all levels.

Some people think that the problem we’ve had is the lack of committed, patriotic, and active followers. These are mainly leaders who’re trying to escape responsibility. Whose responsibility is to attract followers, organize, inspire, & develop them? This is a job primarily of the leadership though it’d be great if the followers become proactive and take initiatives. When people have confidence in their leadership, they’re willing to commit their time, talent, resources, and even their lives. Still others argue that they have the leadership in place. Their problem is the lack of organizational capacity. Again, whose responsibility is to design the right organizational design, recruit the right people to fill the structure, and engage the public at grass root level? The leadership.  There are also some who complain that their leadership is constrained by lack of resources; otherwise, they’d have succeeded in realizing their vision and meeting their goals. Whose responsibility is to be resourceful? The leadership. Of course, there’re also some who specifically point out that our trouble is none other than the constitution, the ethnic federalism, some other faulty policies, and therefore, they shy away from acknowledging the leadership gap as a serious issue. It’s true we need a relevant, timely, and comprehensive constitution that must gain the support of the majority of Ethiopians. We also need appropriate policies and programs, democratic institutions, well-trained human capital to implement these policies and run the institutions, respectively. With the right and competent leadership, these and many other specific, technical, and policy issues would have been resolved easily. However, without the former, having the latter is useless, to say the least.

Still others grumble about our culture. They say: It’s the culture that is stupid, not us the leaders. It’s true that status quo is the problem but whose responsibility is to reform the culture if it is a roadblock? Great leaders are those who challenge the status quo even if it means offending the public. China is now heading to be a superpower country. That journey began with a cultural revolution led by Mao Zedong. Though I don’t condone his method, which was violent in the majority of the cases, Cultural Revolution transformed the country, setting China up to enjoy her present state of success. Another example. Research shows that South Korea and Ghana were on the same footing in the 60’s; having almost the same GDP, receiving equal amount of aid, producing similar products and services, etc. Unlike Ghanaian, South Korean leaders employed Cultural Revolution by substituting some of their counter productive cultural values with some powerful values, which in turn enabled them to transform their country from one of the developing countries into one of the developed within a few decades. We have a hope to transform our country but that journey must begin with Cultural Revolution! We need to identify those cultural attributes that are golden, and those that are limiting. And, we need courageous and bold leaders to help us disown the latter, and substitute them with some important values that could empower us to become tolerant, inclusive, hard working, innovative, and so on.

Unfortunately, many of our leaders, like the general public, are blind loyal to our culture. Of course, as in the case of all other cultures, there are great cultural attributes and some cultural values we must eradicate if our desire is to make lasting and enduring change. That is why we need transformational leaders. Leaders who are bold enough to poke around our culture, and force us change for good. During the question and answer session, almost all of the participants who stood to comment and ask complained about some of our cultural shortcomings (of course, they didn’t mention the word culture). They criticized our failure to come together, questioned why we divide ourselves along ethnic, region, and religion lines? They wondered why we do this and that. Unlike the Chinese and South Koreans, who overcame insurmountable challenges in unison, we failed to do so because we’re unable to reform our culture courageously. Very few of our problems require advanced technologies, highly trained manpower, intensive resources, and so on. Ethiopia won’t be able to see unity, democracy, stability, prosperity, and freedom until we open our eyes and acknowledge that we are victims of our own culture. Unless we are brave enough to reconfigure our culture, we keep toiling in vain. Blaming one another, pointing our fingers somewhere, and barking at the wrong trees doesn’t cut it. Unfortunately, the task of reforming our culture too desperately needs courageous, selfless, visionary, far-sighted, and transformational leaders. This is the kind of leadership gap I was talking about, not a mere number gap.

I had the same challenge following my presentation on March 20 2016 at Resident Inn Marriott Hotel in DC. The theme of my presentation was “The Necessity of Women’s Role in Leadership Positions in Ethiopia”. Some contended that we don’t have a lack of women leaders. They reasoned that a few women leaders should be enough to lead us bridge the gender inequality. I stand with my position. Without having enough and, most importantly, competent women leaders at all levels, it’s impossible to bridge the gender inequality, and gender leadership gap.

When I say we have a leadership gap, I’m talking about in terms of their competence. Do they have both hard and soft skills? Are they articulate enough to clearly spell out the mission, motto, brand, goals, and objectives of their organizations? Are they visionary, and most importantly, do they know how to impart the vision to all stakeholders?  Do they have the right values and character? Can they strategize and also put in place contingencies (or at least willing to get help)? Do they have detailed long and short term plans to execute the strategies and meet their goals? Can they set up an organizational design that fits the mission of their respective organization? There’s no one design fits all. We need different types of designs for different kinds of organizations- NGOs, parties, businesses, government agencies, religious institutions, and so on. By the way, I’m not saying that we need to have perfect and readily available leaders. As far as they are humble and willing to learn, we should be okay. These kinds of leaders go ahead of their flock, continue to feed themselves and grow. In his classic Habitudes, Tim Elmore used the starving baker as a metaphor to show how leaders must feed themselves before feeding others. Leaders should first change their inside through the things they take in before they try to change others, and the world outside of them.

Last but not least, we- the public- should also take some responsibilities for creating the leadership gap. The 19th C philosopher Alexis de Tocqueville said, “The people get the government they deserve.” Do we deserve the leaders we have had? If the answer is NO, then, let’s show it by playing a proactive role in selecting and developing leaders we deserve. Of course, that journey should begin with us. Each one of us should become leaders in the area of our passion. Leadership is the birthright of all. If we’ve great leaders everywhere, only the best of us take the top leadership at national, community, party, and organizational levels. Our country cannot become greater and better than its own people and leaders. We also need to learn from our past leaders (adopt and improve their strengths, avoid their mistakes), and the experiences of other leaders around the world. Let’s try our best to play our share in bridging the leadership gaps. In this regard and to play my little share, I’ll share with you a couple of articles in the coming weeks and months, and look forward to hear your feedbacks