Home frontpage Ethiopia: The Process of forming a Transitional Government of National Unity 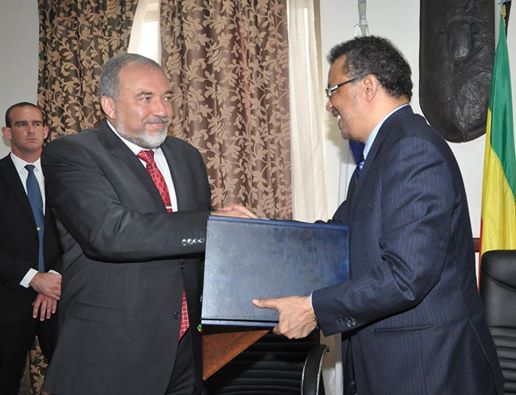 The UN Secretary-General, Ban Ki-moon, called (June 17) Salva Kiir, President of the Republic of South Sudan (RSS), and Dr. Riek Machar, former Vice President of the RSS and leader of the SPLM and SPLA in Opposition to expedite the process of forming a transitional government of national unity. In his address to the press in Geneva, he expressed his concern over the dire situation in South Sudan, demanding that both parties must live up to their commitments and comply with the Cessation of Hostilities Agreement signed in Addis Ababa.

The UN Secretary-General, Ban Ki-moon, also stressed that commitments made at donor conference in Oslo ought to be “translated into funding to save lives now” and avert the looming humanitarian crisis.

During the 26th IGAD’s Extra-Ordinary Summit June 10, 2014, both President Kirr and Dr. Machar recommitted to stop the war, engage in the peace process, provide unimpeded humanitarian corridors to affected population as well as hasten and finalize a genuine and inclusive dialogue on the formation of a transitional government of national unity within sixty days.

Meanwhile: Ethiopia and Israel agreed to wok more on economic ties and enhancing people to people relations.  Current investment and trade between Ethiopia and Israel leaves much to be desired, especially considering the strong historical and cultural ties the two peoples of the two countries share. That was the key message delivered by foreign ministers of the two countries at the Ethio-Israeli Business Summit held June 17, 2014  in Addis Ababa.

The Israeli business delegation that is accompanying Foreign Minister Avigdor Liberman in his tour of five African countries included large corporations in industries ranging from agriculture and water technologies to life sciences and security technologies. In is opening speech Foreign Minister Dr. Tedros Adhanom appreciated Israel’s renewed focus on deepening its ties with the African continent and said that the Ethiopian government is eager to expand the two countries’ economic relationship. Dr. Tedros also emphasized that the economic relationship of the two countries should reflect the historically close and very long relations of the Ethiopian and Israeli peoples.

Minister Liberman on his part expressed his hope that trade and investment between Ethiopia and Israel will grow to reach its deserved level in the near future. He further added that the two countries are facing similar challenges particularly concerning security and terrorism and could draw lessons from each others’ experiences. The business summit is expected to bring Ethiopia  businesses and their Israeli counterparts to a close working relationship and open new opportunities for Israeli businesses to invest in the Ethiopian market.