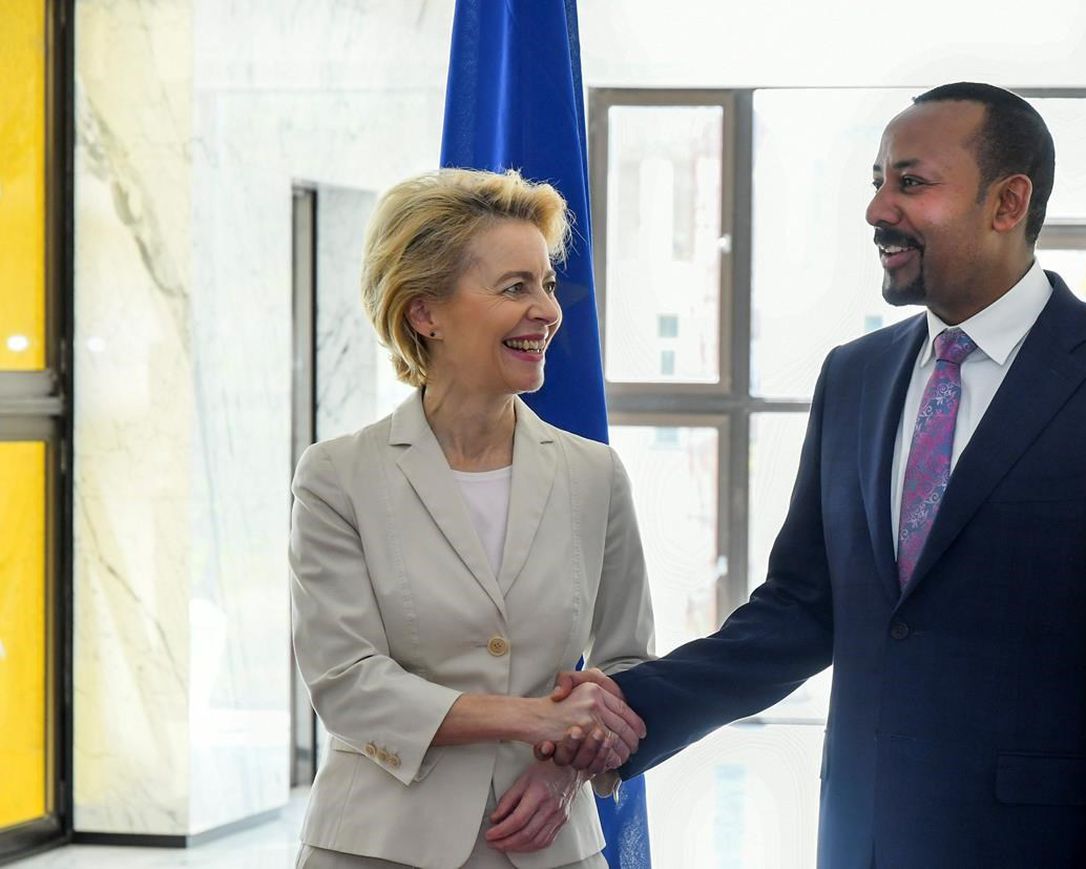 Addis Ababa (HAN) December 8th, 2019. In Addis Ababa, Ethiopia, the newly elected European Commission president choses African continent as her first visit outside Europe as it has some of the world’s fastest-growing economies and some of its biggest challenges, including climate change in Europe and North America.

The European Union has announced 170 million euros to support Ethiopia’s economy and its election in May. Prime Minister Abiy Ahmed replied that “we still demand more financial support because we are ambitious.”

Ursula von der Leyen praised Ethiopia’s new leadership with Africa’s only current female president and its gender-balanced Cabinet and said it has given hope for the continent at large.

By. Samuel Gebre (bloomberg). European Commission President Ursula von der Leyen made her first official trip to Africa on Saturday with a two-day visit to Addis Ababa, the capital of Ethiopia and the seat of the African Union.

Europe’s priorities of fighting climate change, the digital world, security and migration are aligned with the interests of Africa, von der Leyen said at a press briefing.