Home Daily Security Briefing Ethiopia: The main obstacles of the tripartite talks with Egypt and Sudan 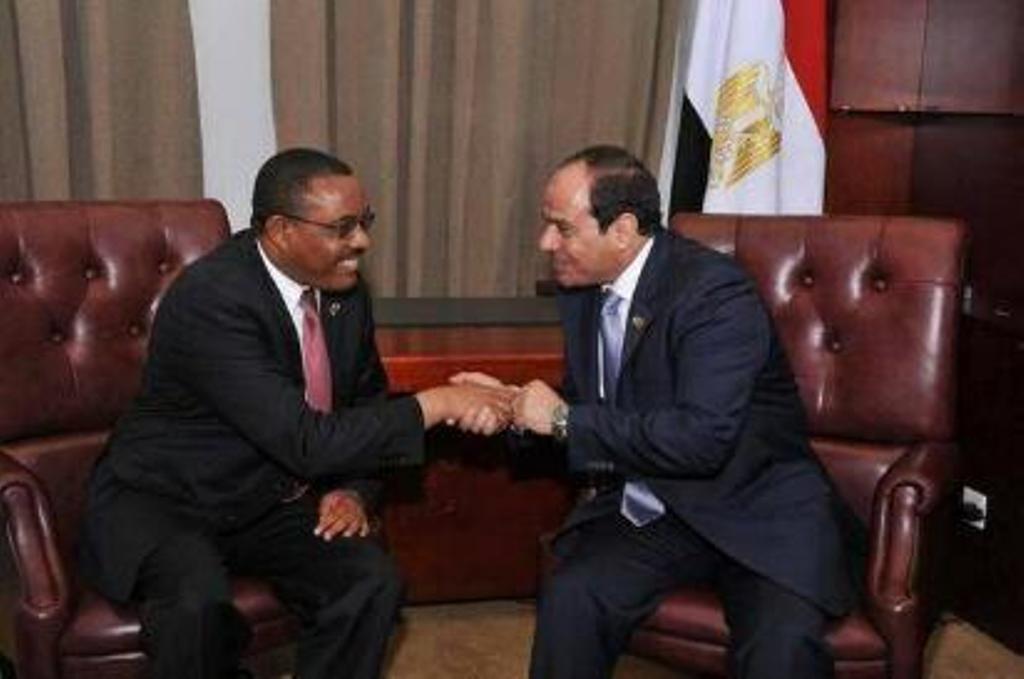 Cairo (HAN) August 23, 2014 – Regional Defense, security and Diplomatic news. by Hend Kortam of Al-ahram. The Egyptian foreign ministry said in a statement on Friday that Shoukry called Ethiopian Foreign Minister Tedros Adhanom as part of the framework of “continuous consultation between the two ministers”.

The call comes ahead of the tripartite talks on the Grand Ethiopian Renaissance Dam (GERD) scheduled to be held in the Sudanese capital Khartoum on Monday, state-run MENA reported. They will be headed by the water ministers of the three countries.

Shoukry and Adhanom agreed to continue communication during the time of the tripartite talks and to facilitate negotiations if necessary. Foreign Ministry Spokesman Badr Abdelatty said Shoukry asserted his “keenness on visiting Ethiopia, ahead of the talks” to discuss GERD and Egypt’s water interests, as well as bi-lateral ties.

Egypt fears that GERD, which is currently under construction, will affect its share of Nile water making GERD a point of contention between both countries.

The last round of tripartite talks was held in January but they ended without reaching an agreement. These were preceded by tripartite talks in November and December of last year, but these also failed.

On 26 June, Egypt and Ethiopia agreed to form a joint committee to streamline discussions on GERD. The agreement outlined seven steps for the continuing construction of the dam. The talks will resume on the basis of these seven points.

The agreement was formulated by the foreign ministers, while directly overseen and endorsed by Egyptian President Abdel Fattah Al-Sisi and Ethiopian Prime Minister Hailemariam Desalegn. Both nations hailed it as a “new chapter in relations between Egypt and Ethiopia… based on openness and mutual understanding and cooperation”.

In 2013, while serving as minister of defence, Al-Sisi rejected the idea of using military force to resolve water issues. During a meeting with Adhanom in June, the Egyptian president said that Egypt understands Ethiopia’s development needs but added that this must go hand-in-hand with Ethiopian understanding of Egypt’s water needs, and that Egypt has no alternatives to the Nile for its growing water needs.

In February, bilateral talks between Egypt and Ethiopia in February ended after failure to resolve key points of debate between the two countries.

Related Historical Agreement Archives of Geeska Afrika Online, between Egypt and Anglo-Egyptian Sudan of 7th May 1929

According to Whittington and Guariso (1983:41), this agreement included the following: