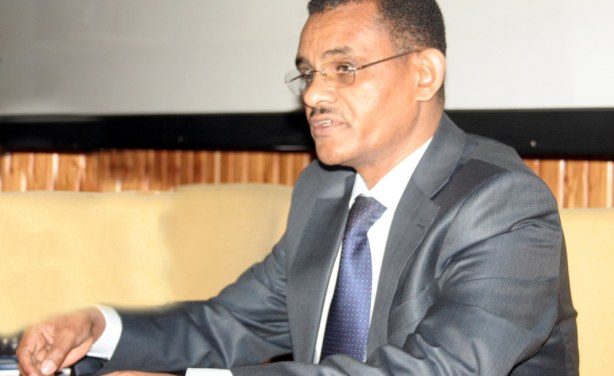 Nur Kafi’s Column on the Eye of the Horn of African Affairs, at nurkafi@geeskaafrika.com

He graduated in Bachelor in Laws at Ethiopian Civil Service University, then a Masters degree in Public Policy Analysis at Beijing University.

Alemayehu joined the armed struggle against the military junta of President Mengistu Hailemariam in 1989.

He was head of Oromia’s Communications Bureau head, then Director General of Ethiopian Radio and Television Agency from 2006 to 2010.

In 2012, Alemayehu became Chairperson of OPDO and President of Oromia region.

Since then, he spent more times at a private medical center in Thailand than at home. A fact that was never confirmed nor denied for the past three years.

Alemayehu has been frequently seen in public since mid-2012, thereby reinforcing the perception that the worst time has passed.

However, three weeks ago the executive committee of OPDO suddenly announced that Alemayehu requested to be relieved of duty for medical reasons.

Alemayehu’s body was laid to rest at the Holy Trinity Cathedral Church of Ethiopian Orthodox Church on Saturday March 8, 2014 – in the presence of the President of the Republic, Dr. Mulatu Teshome, and Prime Minister Hailemariam Desalgne as well as the Presidents of the nine federal states.

Alemayehu is widely-perceived as a man of strong personal ethics. Though the government didn’t disclose the causes of his death, the prevalent rumor in the capital city is that he was poisoned by corrupt colleagues due to his campaign to clean the Oromia leadership.

The House of Peoples’ Representatives ordered that the Federal flag to flown at half-mast for three days as of Saturday, in his honor.

The entire Horn Affairs’ staff expressed their sincerest condolences to the family of Alemayehu Atomsa, his friends and colleagues, to the the Oromo people as well as to all Ethiopians who are in mourning.
=
HAN Bulletin is your independent, online intelligence resource edited and published by the regional political historian, veteran newsman and founder of www.geeskaafrika.com (Geeska
Afrika Online 1985). Each week he taps his vast network of international intelligence sources to bring you credible insights into geo-political and geo-strategic developments for
the Horn of Africa. Contact at nurkafi@geeskaafrika.com (Managing Editor/Publisher)