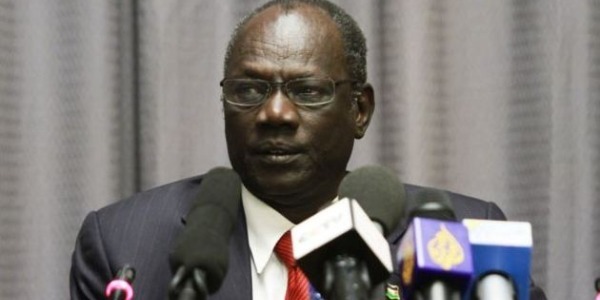 Addis Ababa (HAN) October 7, 2015 – Public Diplomacy and Regional Security  Initiative News. The Joint Sudan and South Sudan Boundary Commission met in Addis Ababa on Wednesday (October 7) for talks under the auspices of African Union Border Program whose objectives are the delimitation and demarcation of borders and the promotion of cross-border cooperation. The Co-Chairs of the Joint Commission, Michael Makuei, Minister of Information and Broadcasting of South Sudan and El-Rashid Haroun, State Minister at the Sudanese Presidency also met the AU Commissioner for Peace and Security, Commissioner Smail Chergui.

The Commissioner who stressed the importance of building on the dynamic momentum between the two countries in order to give more impetus to peace efforts in the region, said he was encouraged by the positive atmosphere of the meeting and the genuine cooperation the two parties were extending to the AU Commission including “the determination of their respective governments to demarcate the common boundary between the two countries.” The claimed and disputed areas of the two countries include Abyei, Joudat Al-Fakhar, Jebel al-Migainais, Kaka and the Kafia Kingi enclave (Hofrat al-Nahas). This fourth meeting of the Joint Boundary Commission (JBC) is expected to “pave the way for the implementation of the planned activities of the JBC in accordance with the Agreement on Border Issues signed in September 2012”. -MFA