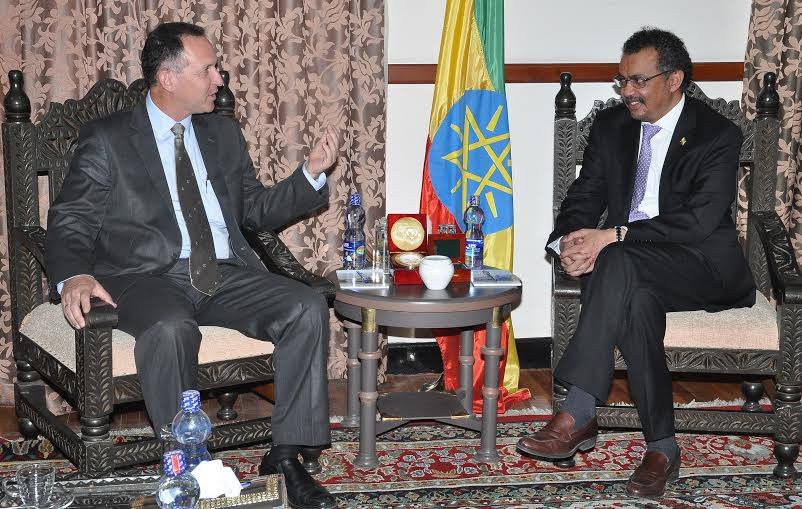 Addis Ababa (HAN) March 29, 2015– Weekly Security and partnership briefing News. The Ethiopian  Foreign Minister Dr. Tedros met a delegation led by Ambassador Gil Hajkel, Head of ‪‎Israeli‬ Agency for International Development Cooperation. The Ethiopian minister, Dr Tedros welcomed the delegation and underlined the excellent relation this remained a priority for the next Growth and Transformation Plan (GTP2) to be launched later this year.

The Ethiopian  Foreign Minister praised the training given by Israel to Ethiopians who are engaged in the agriculture sector. The Israel delegation led by Ambassador Hajkel said besides empowering them with important skills, it also provided a change in the mind set of the trainees encouraging them to transform challenging conditions into opportunities. Ambassador Hajkel also emphasized the long standing cooperation between the two countries and praised the increasing development cooperation between them.