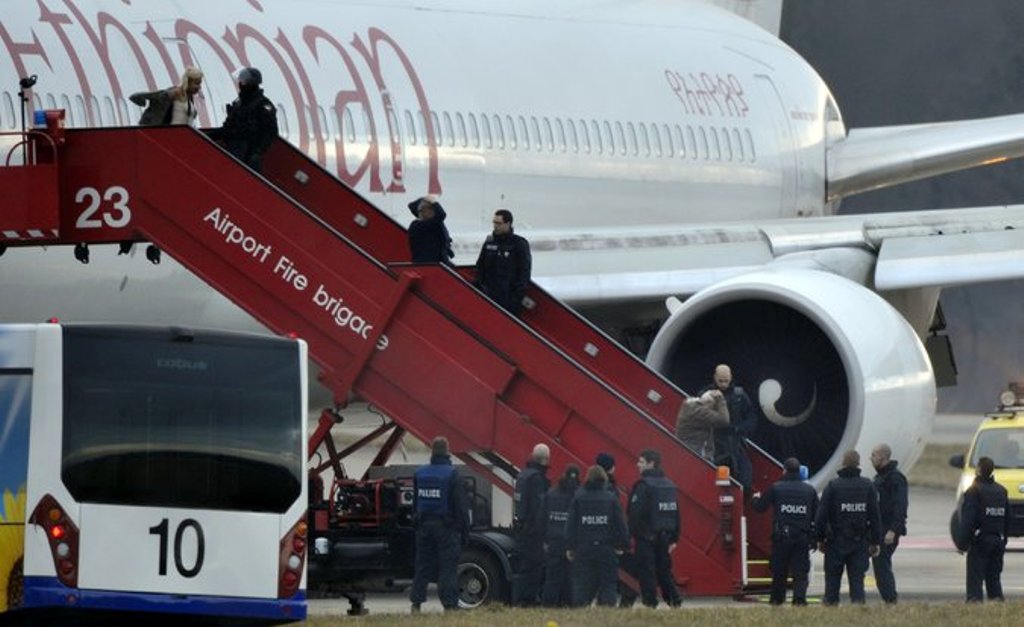 What’s the worst that could happen?

The ten Syrian passengers on board were en route to Sweden to demand political asylum, according to Mohamed Azam, Smart Aviation Airline’s Managing Director. However, he added, there was no problem with the Egyptian crew.

The plane took off on 15 December, reached the Swedish airport on 16 December and has been held since its arrival, added Azam.

Azam noted that the Egyptian Embassy in Sweden is negotiating the return of the Egyptian crew with Swedish authorities.

A Foreign Ministry spokesman noted in a Wednesday statement that an Egyptian aircraft belonging to a private aviation agency has been leased by a “non-Egyptian agent”. It had set out carrying non-Egyptians from a foreign country to Sweden.

The passengers, however, were stopped by Swedish authorities to examine their papers, read the statement.

What’s the worst that could happen in the Horn of African Airports?

On 17 February 2014, Ethiopian Airlines Flight 702 flying from Addis Ababa to Rome and onwards to Milan was forced to land at Geneva airport after being hijacked while flying north over Sudan. The aircraft circled Geneva airport several times while pilots communicated with air traffic control to inquire about possibility of hijackers receiving asylum in Switzerland. Flight 702 landed with one engine and less than 10 minutes of fuel remaining. No passengers or crew were harmed and the hijacker was arrested.