Home Ethiopia Ethiopia: The greatest threat, "the next elections in 2015" 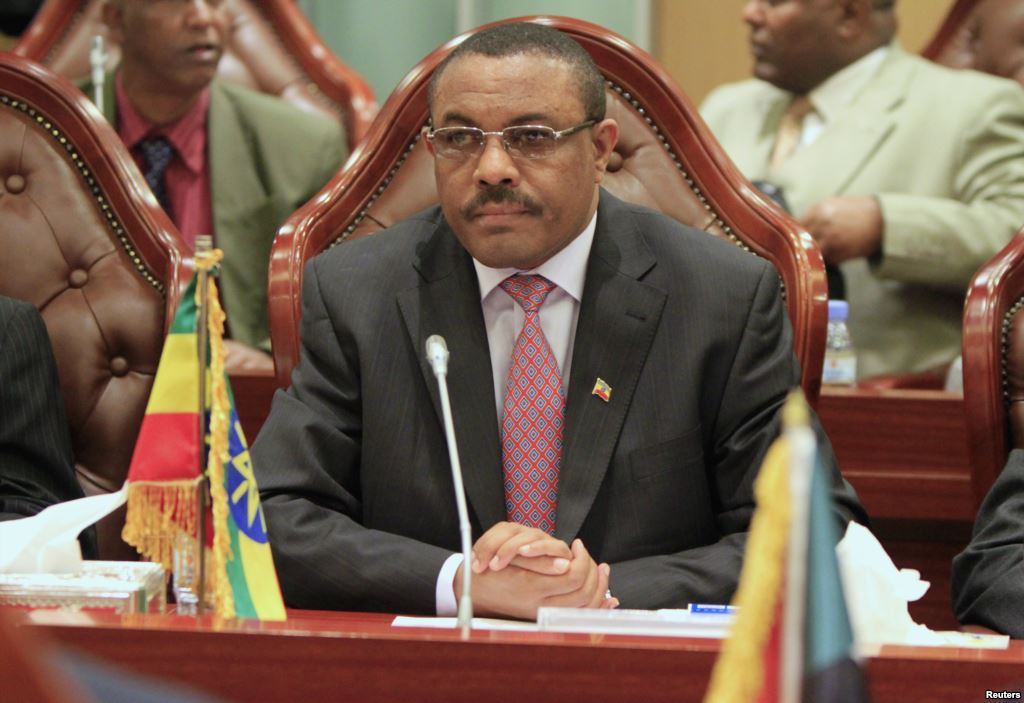 London (HAN) October 13, 2014. Expert Analysis, Your Power & Regional Influence Magazine, opinion page By, Ahmed Soliman is a researcher with the Africa Programme at the Chatham House think tank, in London.

In Ethiopia, Since 2000 has registered some of the greatest gains in human development seen anywhere on the planet. It is one of Africa’s fastest-growing economies, with near double-digit GDP growth over the past decade and large-scale infrastructural development.

Meles Zenawi, in 2012; his death took Ethiopia into unknown territory

Ethiopia’s geostrategic significance is built on a base of relative stability in a volatile region, enabling it to foster international partnerships on development and regional security. But its largely rural population remains poor, and images of drought, famine, poverty and war from the 1970s and 1980s have endured in the popular imagination around the world.
The population has grown by more than a quarter since 2001; the UN says Ethiopia will be one of the world’s 10 most populous countries by 2050. This population pressure drives Addis Ababa’s “pro-poor” vision for national development.

The famine that hit the Horn of Africa in 2011 was a stark reminder that Ethiopia is still vulnerable to food insecurity. The ruling Ethiopian People’s Revolutionary Democratic Front, in power since 1991, is acutely aware of the need to prevent mass starvation; it has institutionalised an early- warning system to reduce future risks.

In a country that likes to be known as a “democratic developmental state”, significant obstacles remain as central government keeps a grip on political and social freedoms. The death of Meles Zenawi, a visionary leader, in 2012 took Ethiopia into unknown territory. With no clear replacement, succession was a key issue in this federated country, where citizenship, politics and identity are based on ethnic representation. The new prime minister, Hailemariam Desalegn, is from a minority group; he is an acceptable compromise for the historically dominant and larger Tigray, Amhara and Oromo communities.

The next elections, due in 2015, will likely see another win for the ruling party, but Ethiopia’s western partners will be hoping for some opening up of a political space that has constricted since 2005. Restrictions on the media and NGOs come under the guise of protecting national security. A splintered opposition provides no alternative vision.

The government keeps a strong hand on the economy, with banking, telecommunications, power and shipping all tightly regulated. Ethiopia stands alone in Africa in terms of tapping into its vast green-energy potential. The focus is the country’s hydroelectric potential, but wind, solar and geothermal energy is also being harnessed.

In 2010 Ethiopia provided electricity to fewer than a quarter of its citizens, and blackouts and intermittent power were the norm. More than tripling energy capacity by 2017 should provide electricity across 75 per cent of the country. This is a huge leap: more supply will boost social development and increase job creation and trade, especially in rural areas. Equally impressive are plans for Ethiopia to become the top electricity supplier in Africa. It already exports power to Djibouti, Kenya and Sudan; linking to other grids will boost regional infrastructure and transport.

But Ethiopia will also have to be aware of the negative impact of its plans. The construction of the Grand Ethiopian Renaissance Dam, on the Blue Nile, is potentially combustible politically, as Egypt sees any reduction to its current flow of water as a threat to its national security.

Perhaps the greatest threat to Ethiopia comes from within, as the government seeks to implement national-development initiatives in peripheral areas that bring it into conflict with its own people. An increasingly educated and diverse population will also make greater demands for political representation and the equitable distribution of goods and services.

The government must translate growth into higher living standards for its citizens.