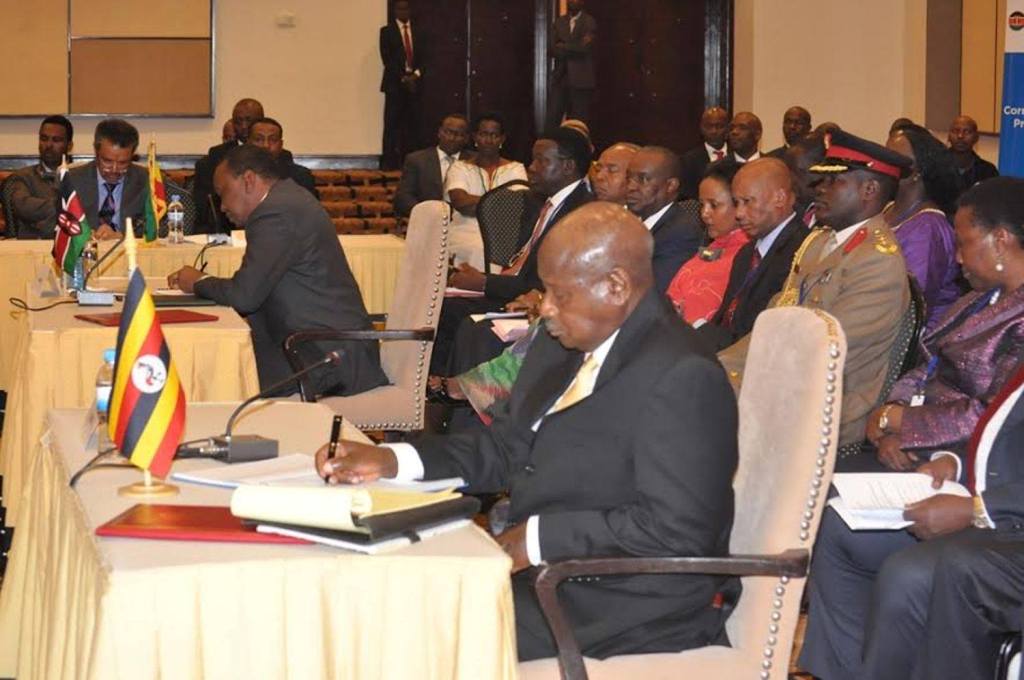 Addis Ababa (HAN) July 7, 2014. This week, Market, commodities and security issues. In a session held during the 6th Northern Corridor Summit, the East African Commodity Exchange (EAX) is launched. President Uhuru Kenyatta ushered the launch of the East Africa Commodity Exchange by ringing a bell signaling the formal launch of the Exchange. EAX is a subsidiary of Africa Exchange Holdings, Ltd. (AFEX), which is comprised of Heirs Holdings, Berggruen Holdings, and 50 Ventures, and is financially supported through private investment from AFEX and Ngali Holdings, a local investment company in Rwanda.

Former US Assistant Secretary for African Affairs, Dr. Jenadayi Frazer and Board Chairperson of the EAX on her remarks noted that EAX will go a long way to address gaps in Africa’s agricultural commodity exchange. She underlined that the warehouse system will have significant impact in reducing after harvest losses. It will also contribute to Africa’s efforts of food security and to make African products globally competitive. She also hailed the EAX as a successful venture in Public Private Partnership scheme. President Uhuru noted that the establishment of the EAX shows that we are moving in the right direction in realizing regional integration.

The Ethiopian Foregn Minister, Tedros Adhanom  also noted Ethiopia’s efforts in putting in place a commodity exchange which he said will create a synergy for greater East and Horn of Africa integration. The EAX, he underlined will play a significant role in ending the exploitation of African farmers by middle men and ensure price stability. The EAX, headquartered in Rwanda offers warehouse operations, trading, warehouse receipt financing, clearing and settlement in addition to risk Management and Compliance

Meanwhile, the Ethiopian Foregn Minister, Tedros Adhanom met President Salva Kirr at the sidelines of the 6th Northern Corridor Summit held in Rwanda. The two sides discussed the current political and security situation in South Sudan. Discussions also covered on ways that enable full observance of the Cessation of Hostilities Agreement (COH) signed on January 23, 2014 and a re-commitment of the previous agreement signed on May 9, 2014. The two sides underlined on the importance of moving forward the IGAD-led mediation in to full effect as reiterated on the 27th IGAD Summit.