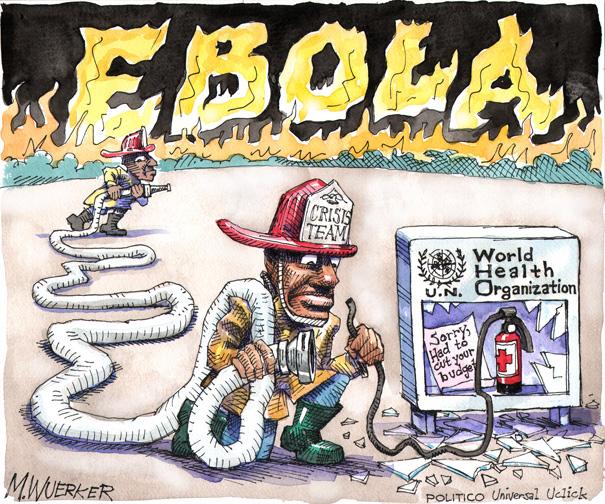 ADDIS ABABA (HAN) February 1, 2016 – Public Diplomacy and Regional Stability Initiatives News. On August 8, 2014 Faith Karimi and Radina Gigova of CNN alarmed the international community about the danger of Ebola. The World Health Organization (WHO) echoed that cry, declaring the critical need for a coordinated international response. In order to galvanize the international community, the WHO further described the situation “as the worst outbreak in the four-decade history of tracking the disease.”

According to Centers for Disease Control (CDC), Ebola is described as follows:

Ebola is caused by infection with a virus of the family Filoviridae, genus Ebola virus. Ebola was first discovered in 1976 near the Ebola River in what is now the Democratic Republic of the Congo. Since then, outbreaks have appeared sporadically in Africa. People get Ebola through direct contact (through broken skin or mucous membranes in, for example, the eyes, nose, or mouth) with

Of the 28,600 confirmed or suspected ebola cases reported by the WHO, more than 11,300 resulted in death, mostly in Guinea, Liberia, and Sierra Leone. The virulence and deadliness of this disease makes it an appropriate metaphor to describe the current Ethiopian government.

The purpose of this article is twofold: to fleetingly note some examples from various authors about the governance pattern in Ethiopia for the last 40 plus years, and to underscore where the current government is taking the country so that alternative governance approaches can be entertained and possibly established. At the offset, I would like the readers to know that I am not a historian nor I am an expert in political analysis; however, as an individual whose root is in Ethiopia, I am compelled to share my understanding and views on the subject matter. Furthermore, I want to emphasize that this is not a historical account that exhaustively examines the last several decades in Ethiopia. However, I wanted to add my views to the many voices that are concerned and offer alternatives to expand the narrow political field and stop the oppressive government that is leading the country to destruction via the predisposition for cyclical war.

In 1974 Emperor Haile Selassie was deposed and replaced initially by a Co-coordinating Committee which suspended the revised Constitution of 1955 and dissolved Parliament, replacing it with a Provisional Military Government. In his book The Ethiopian Revolution: 1974 – 1991, Teferra Haile-Selassie relates that when Emperor Haile Selassie was deposed, the 1st Proclamation of 1974 was read to him by Major Debella Dinsa. In the same year, Mengistu Haile Mariam became Vice Chair of the Derg. Other sources report that:

In 1976 Col. Mengistu gave a dramatic send-off to a campaign of terror that he officially dubbed the “Red Terror.” He threw to the ground before a huge crowd in the capital Addis Ababa bottles filled with a red substance representing the blood of enemies of the revolution: the “imperialists,” and the “counter-revolutionaries,” as members of rival leftist groups were labeled by the Dergue. In particular, the campaign targeted students and young people suspected of membership in the Ethiopian People’s Revolutionary Party (EPRP).

Thousands of young men and women turned up dead in the streets of the capital and other cities in the following two years. They were systematically eliminated mainly by militia attached to the “Kebeles,” the neighborhood watch committees that served during the Dergue period as the lowest level local government and security surveillance units. The Kebeles required families to reimburse the administration for the price of bullets used to kill victims when they reclaimed their bodies for burial.

After the fall of Colonel Mengistu’s oppressive regime there were many unsuccessful voices that wanted to bring the Colonel to justice. Notable among them were the authors of “NOVEMBER 24, 1999 Letter to South African Minister of Justice Urging Prosecution of Ethiopian Dictator”. Teferra Haile-Selassie wrote:

The Derg in its declaration gave the verdict that the political philosophy that met the foregoing criterion was Hibretesebawinet, which stemmed from the tradition of the great religions of the country, Christianity and Islam. The following were listed as…basic principles of Hibretesebawinet:

Similarly, in reference to political parties since the fall of the Mengistu regime and the process of democratization in Ethiopia, Siegried Pausewang, et al. wrote: “There is a famous phrase in George Orwell’s Animal Farm … ‘All animals are equal, but some animals are more equal than others.’ The same may be said of political parties in Ethiopia… These parties are all affiliated under the EPRDF umbrella. Meles Zenawi, the Chair of TPLF and … prime minister, is also the Chair of EPDRF” (Ethiopia since the Derg: 2002, p. 13-14).

Similarities of Dictatorship: Mengistu and Zenawi

According to Dawit Wolde Giorgis, “Mengistu rose to power despite the fact that everyone knew he was ruthless and cruel” (Red Tears, 1989: p. 30). Mengistu came to power in 1974 leading the Ethiopian revolution that deposed the Emperor and assumed power. So came Zenawi as a rebel leader in 1991, overthrowing Mengistu and assuming power. Wolde Giorgis’ characterization of Mengistu’s personality puts him at the same table with the late Meles Zenawi. Such comparison is well noted by Siegried Pausewang and others when they write,

The military dictatorship of Mengistu applied open force and undisguised violence. Revolutionary justice meant thousands of executions without law or trial. Prime Minister Meles Zenawi has introduced democratic institutions; though there is little tolerance for alternatives … those who came into conflicts with the party are hit just as severely by extra-legal executions, torture and imprisonment without trial” (p. 235).

The primary concerns often expressed about the governance process in Ethiopia include the lack of Western-style democracy, political repression, consequences of resistance, land grabs, and the secret border deal with Sudan:

…Sudan’s foreign minister Ibrahim Ghandour told the Qatar-based Aljazeera TV that Sudan and Ethiopia are working together to curb the activities of Ethiopian gangs inside Sudanese territory. He stressed that Al-Fashaga is a Sudanese territory, saying the government allowed Ethiopia farmers to cultivate its land as part of the cooperation between the two countries. “However, Ethiopia is committed and acknowledges that [Al-Fashaga] is a Sudanese territory,” he said. Ghandour pointed to joint meetings between the two countries at the level of the presidency to discuss borders issues. Sudan’s Gadarif and Blue Nile states border Ethiopia’s Amhara region. The borders between Sudan and Ethiopia were drawn by the British and Italian colonisers in 1908.”

Of perhaps the most exigent concern is ethnic strife, as noted by Alemante G. Selassie in “Federalism and the Constitution: “…genocide as in the case of the crimes committed against Amharas in Gura Ferda and Beni-Shangul and, possible break-up of the country.”

The question, then, is what must be done to move forward and who can stop such patterns of governance, establishing a better system?

As Americans say “Don’t cry over spilled milk.’’ Similarly there is Ethiopian saying “የተደፋ ውኃ አይታፈስም”. Below are some possible suggestions for all concerned to come together and dialogue, keeping in in mind the end of saving Ethiopia and Ethiopians from self-destruction.

It is this author’s hope that, like the WHO responded to galvanize the international community to contain the Ebola epidemic, Ethiopian intellectuals will come together regardless of location and profession to take a leading role in dismantling the Political Ebola in Ethiopia and create a better tomorrow for the Ethiopian people.