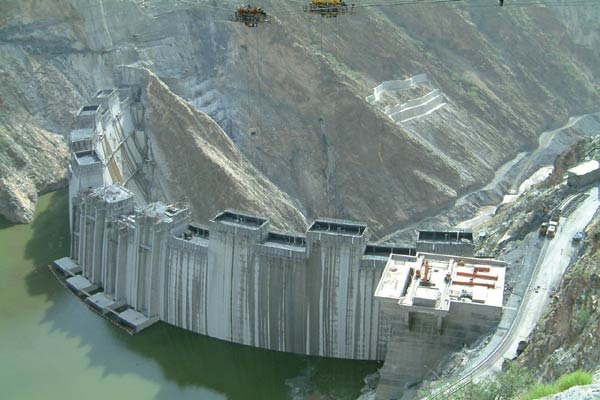 The US$1.5 billion Gibe III project dam is expected to generate 1870 MW of electricity. The newly-appointed Turkish envoy, Fatih Ulusoy, said the horn of Africa’s nation had so far attracted $2.5 billon of the total $6 billon Turkish direct foreign investments in Africa.

Both countries also signed a cooperation protocol in the areas of science and technology. “Flag carries of the two countries, Ethiopian Airlines and Turkish Airways, fly daily to Istanbul and Addis Ababa thus facilitating their trade relations,” Ulusoy told reporters.

The ambassador further said that his government is committed to further consolidate the current economic partnership with Ethiopia and successive dialogues are underway with government of Ethiopia to attract more Turkish investment.

Currently, Turkish investors in Ethiopia are engaged in textile, as well as in construction sectors. The two countries are working together in the energy sector with Turkish companies engaged in installing electric transmission lines and supplying transformers.

Last year, Turkey officially announced that it would provide $300 million loan for the Awash-Woldiya railway project. Many others are also on a process to invest in power generation, food processing and the manufacturing sector.

Sudan Tribune has also learnt that Turkish companies have created more than 33,000 job opportunities in Ethiopia. There are also activities on going to establish an all Turkish industrial zone in Ethiopia.

The ambassador commended Ethiopia for the role it is playing to ensure peace and security in Somalia and in the volatile east African region at large.

He pledged his country would work together with Ethiopia to ensure peace and stability in the Horn of Africa and to fight the emerging threat of terrorism in the region.

Ulusoy said both Ethiopia and Turkey host a large number of refugees and expressed his government’s commitment to cooperate with Ethiopia to improve the condition of the refugees.

Turkish business groups that have invested in Ethiopia have also the desire to support the current drought victims in the country, according to the ambassador.

In terms of diplomatic ties, the ambassador said “Ethiopia and Turkey have enjoyed a long-lasting relation in that Addis Ababa hosted the oldest Turkish embassy in Sub-Saharan Africa”.

Ethiopia is Africa’s fastest growing economic with an average annual growth of 10.5%.

The country has embarked massive infrastructure projects including power plants that would make a significant stride in terms of its ambitious plan to become a middle income country in 2025.