Home Ethiopia Ethiopia: The 24th Assembly Heads of States of the African Union 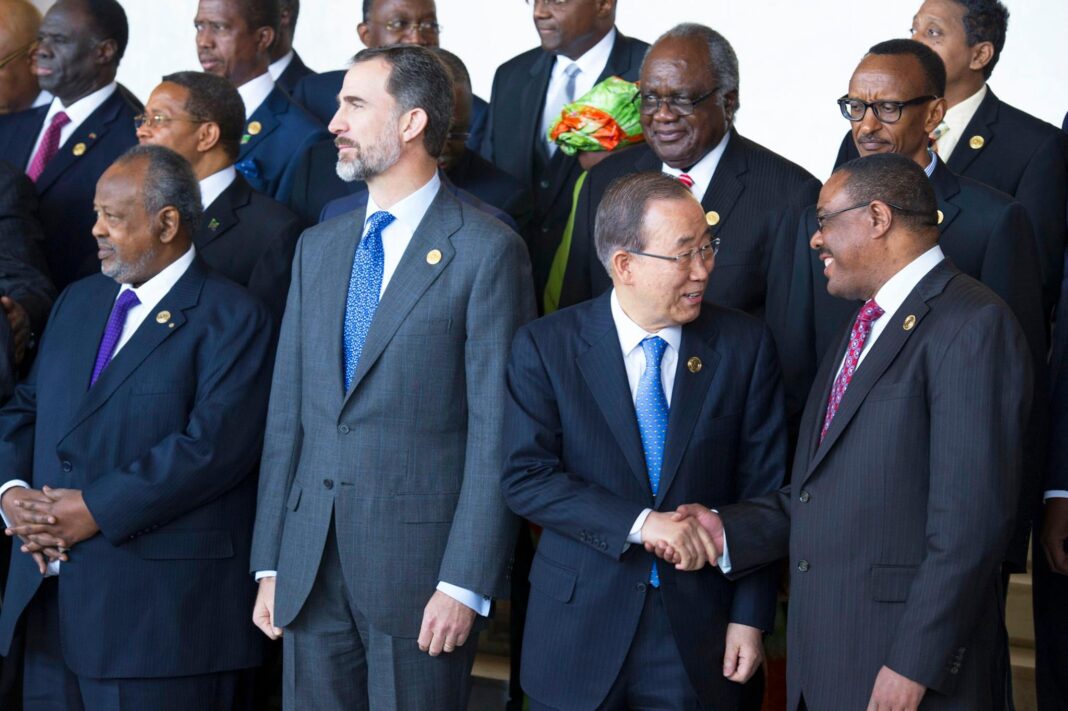 Addis Ababa (HAN) January 31, 2015 –Public diplomacy and The 24th Ordinary Session of the Assembly of Heads of States and Governments of the African Union issues.

The Summit will also elect the new Chairperson of the African Union, and review and adopt Agenda 2063. It will consider the responseto the Ebola crisis in Africa as well as consider such issues as South Sudan, Libya and the issue of Boko Haram. In her opening remarks, Dr Nkosazana Dlamini Zuma, Chairperson of the African Union Commission, stressed the need to forge a cooperative, collective and holistic approach to the new and traditional threats facing the continent. She underlined the need to consolidate and deepen partnerships with the African private sector to champion a stable, united and developed Africa.

The Chairperson reiterated the significance of championing a tolerant, accountable, democratic and inclusive culture as well as embody inclusive social and economic development to address the challenges facing the continent. She noted that in spite of the many challenges appearing in the world, Africa has been determined to realize peace and stability as well as the restoration of the dignity of African people. She noted that Agenda 2063, now being presented for adoption, encompassed the voices, demands and aspirations of the people of Africa and the Diaspora as well. She emphasized that this is the way to prevent poverty, disease and hunger; manage diversity; and silence the guns, adding that Agenda 2063 is “a call to action” to al. It will allow us “to diversify our economies and industrialize; to have the skills and entrepreneurial revolution, unleashing the creativity and energy of our young people, and to effect an agricultural and agro-processing transformation.” The Chairperson of the Commission said the continent would witness numerous elections this year, and she stressed the significance of holding elections in a fair, credible, peaceful and democratic manner. She reiterated the significance of investing in the people of the continent, noting that resource mobilization was at the heart of the implementation of Agenda 2063.

Mr. Ban Ki-Moon, Secretary General of the United Nations, commended the focus of the Summit’s theme in making women’s empowerment at the center of the discussion. The Secretary General, who welcomed Agenda 2063, appealed to the leaders of African countries to better the lives of women. Ban Ki-Moon commended the support extended by African people and their governments to Ebola-affected countries and noted that the world was witnessing progress.

He said that joint efforts were delivering practical results in securing peace and stability and he underlined the need to scale these up to bring peace and stability in South Sudan. He also noted that African troops were now “a backbone of our peacekeeping capacity and we rely on the full cooperation of national governments that host UN peacekeeping missions.” He referred to the scourge of terrorism affecting African countries, but also emphasized that counter-terrorism efforts should take respect of human rights into account. He expressed his hope that this year’s elections would be conducted in a peaceful and democratic way. Mr Mohammed Ould Abdelaziz, outgoing Chairperson of the African Union; Dr Nabil Al Arabi, Secretary Gneral of the League of Arab States; Mr Sam Kutesa, Minister of Foreign Affairs of the Republic of Uganda and President of the 69th United Nations General Assembly; Mr Mahmoud Abbas, President of the State of Palestine and Chairperson of the Palestine Liberation Organisation also made statements at the opening session of the Summit.