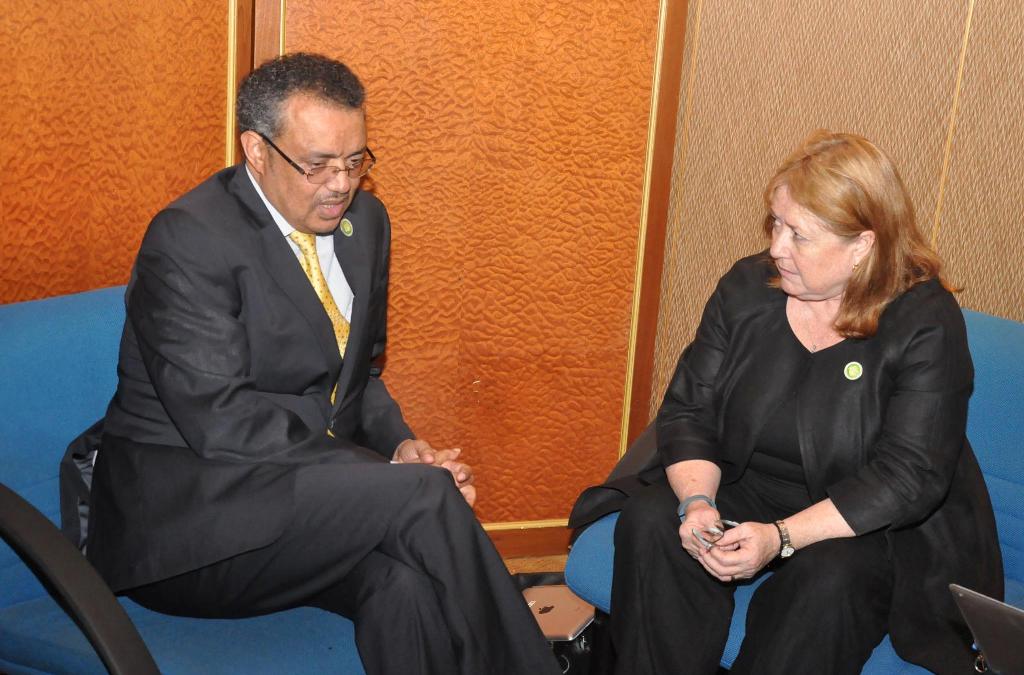 The Ethiopian Foreign Minister Dr.Tedros held discussions in Algiers  with Susan Malcorra, the Chef de Cabinet of the UN Secretary-General. Their discussion focused on regional peace and security. Dr. Tedros detailed Ethiopia’s role in working for peace and stability in the Horn of Africa region and commended the UN for adopting a resolution for the rapid deployment of the proposed Deterrence and Protection force for to South Sudan. He also briefed Ms. Malcorra on Eritrea’s continued efforts to destabilize the region, even involving itself in the South Sudan conflict. The Ethiopian Foreign Minister stressed there was no sign that it had genuinely changed its behavior.

All members of the United Nations, in order to contribute to the maintenance of international peace and security, undertake to make available to the Security Council, on its call and in accordance with a special agreement or agreements, armed forces, assistance, and facilities.  United Nations Charter, Article 43

The Ethiopian Foreign Minister Dr. Tedros said the sanctions’ regime needed to be implemented seriously in order to persuade the regime to genuinely change its behavior. He pointed out that Ethiopia had accepted the Border Commission’s decisions despite its faults and announced its readiness to implement these in a manner to bring lasting peace and normalization of relations long ago. Dr. Tedros repeated that Ethiopia was fully ready to solve any problems with Eritrea, but for this dialogue was paramount. Ethiopia had made clear its readiness to have such a dialogue at any time, place and at any level.

The Ethiopian Foreign Minister Dr. Tedros asked the UN to check the behavior of the Eritrean regime properly and take the necessary measure to restrain its destabilizing activities. Susan Malcorra said she appreciated Ethiopia’s stance and promised the UN’s support for peaceful resolution of the issue. She also said she would put forward Ethiopia’s concerns regarding the behavior of the Eritrean regime to the Secretary-General.

The Ethiopian Foreign Minister  Dr. Tedros and Susan Malcorra also exchanged views on the construction the Grand Ethiopian Renaissance Dam, its potential benefits and the measures taken by Ethiopia, including establishment of the International Panel of Experts to ensure the Dam would not cause any significant harm to lower riparian countries.