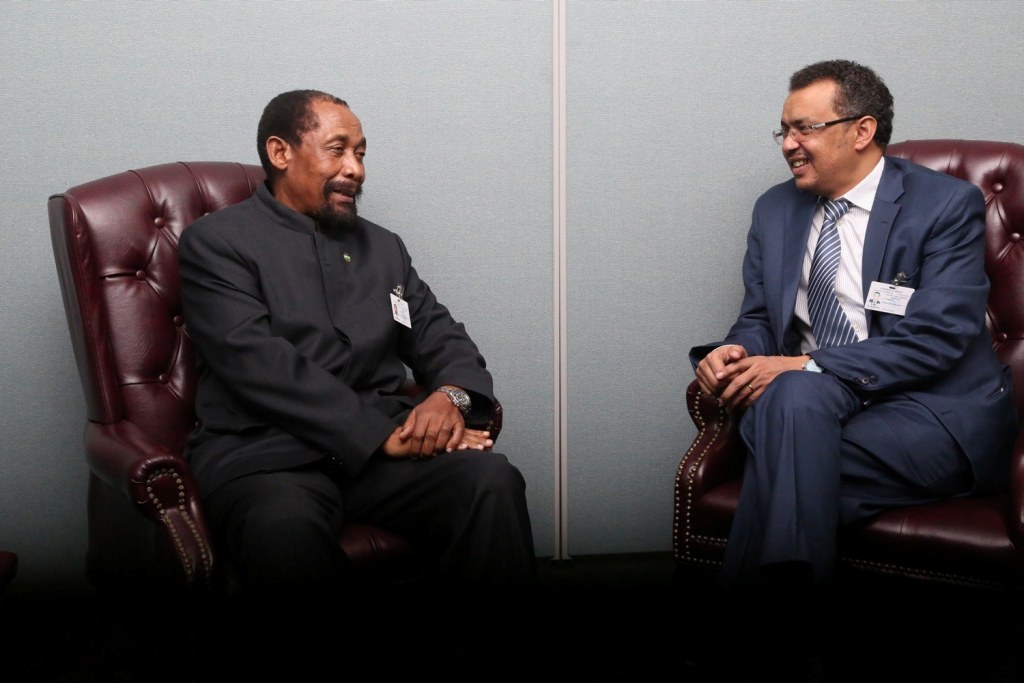 New York (HAN) October 4, 2014. Public diplomacy and National security news. The Ethiopian foreign minister Tedros met with Jeffrey D. Feltman United Nations Under-Secretary-General for Political Affairs  in New York. Geeska Afrika Online received a diplomatic note and the two diplomat’s discussions covered regional and specifically the Horn of African security and peacekeeping operations in Somalia. The Ethiopian foreign minister Tedros who thanked the UN for its continued efforts to deliver peace and maintain stability in the Horn of Africa, and in Africa, Mr. Feltman on current political and security developments in Somalia. 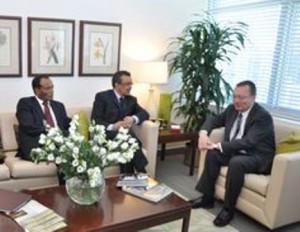 The Ethiopian foreign minister Tedros noted that considerable progress had been made in encouraging the full participation of all stakeholders to establish civilian administrations to deliver services and undertake development activities, though there was still more to be done. He mentioned implementation of the Jubba agreement was going smoothly.

AMISOM and the Somali National Army were working well together in the fight against Al-Shabaab and now held more than two-thirds of the country, but the need for consolidation remained significant.

The Ethiopian foreign minister Tedros also underlined that the drought that affects more than a million people needed to be addressed immediately. Overall, however, the situation in Somalia in general was positive and changing for the better. Dr. Tedros said IGAD was working hard to resolve the crisis in South Sudan, but until recently the two warring parties did not live up to their pledges.

However, the negotiation process now in Bahr Dar was moving in the right direction.  The Ethiopian foreign minister Tedros acknowledged the role of United Nations, the international community and partners in trying to bring an end to hostilities and guarantee the protection of civilians. Mr. Feltman thanked the Ethiopian government for its contributions for maintaining peace and stability and for creating an enabling environment for development in Somalia and for its role in finding a political solution in South Sudan. Eritrea was also discussed and  Tedros expressed his concern over the continuing human rights violations there and over Eritrea’s continued interference in the region.

The Ethiopian foreign minister Tedros said these efforts to destabilize the region showed there had been no change in Eritrean policy. The Ethiopian foreign minister Tedros said the international community should urge the Government of Eritrea to stop supporting Al-Shabaab, to respect international laws and to fully co-operate with the UN, AU and other partners to ensure peace and stability in the Horn of Africa.