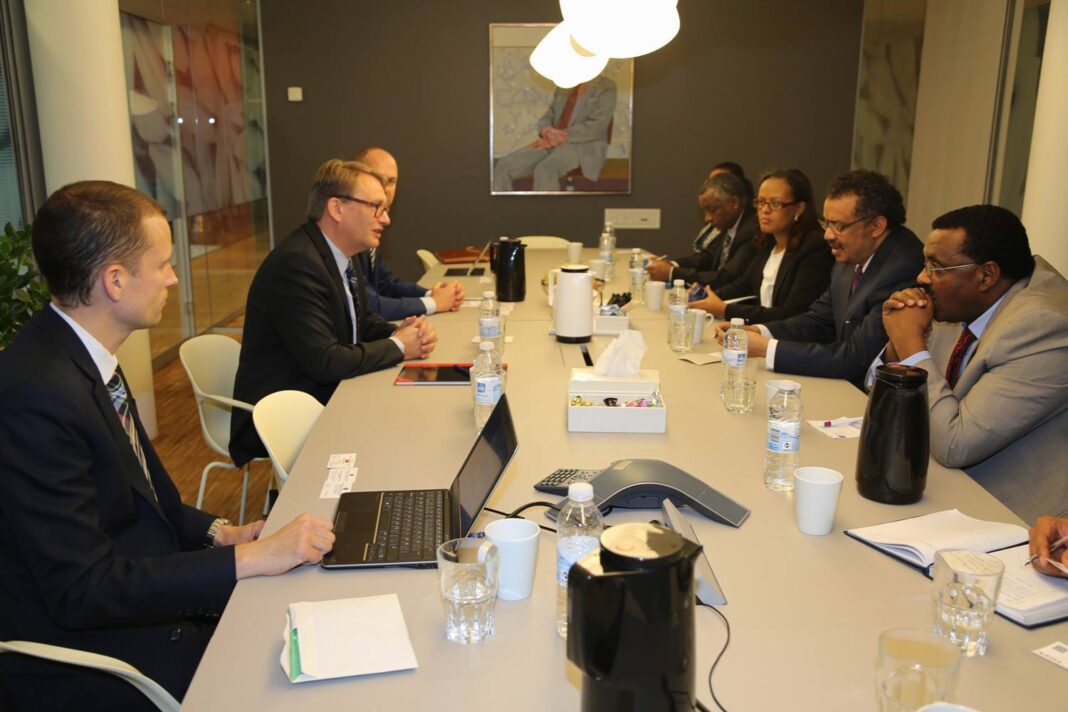 The Ethiopia Minister for Foreign Affairs, Dr. Tedros also gave an overview of the situation in South Sudan and in Somalia. The Ethiopia Minister for Foreign Affairs noted Ethiopia had been making great efforts to help solve the crisis in South Sudan peacefully. He said the continued crisis there threatened the whole socio-economic and political structure of the state, and added that the continued collaboration and co-operation of international stakeholders was needed to solve the crisis in South Sudan. With regard to Somalia, he said the Somali government had been working comprehensively to realize the restoration of the state, and working for institutional building, development, democracy and federal state formation.

Ms. Gjerskov said she appreciated the Ethiopian government’s commitment and efforts to develop security and integration with the Horn of Africa, and noted its active participation in UN, AU and IGAD activities to help maintain peace and security. She promised the Danish people’s continued support for Ethiopia’s effort to realize development, democracy and peace
Photo: Ethiopia Minister for Foreign Affairs, Dr.Tedros, talks with the FOSS Foundation’s Senior Vice President for Global Sales and Marketing in Copenhagen