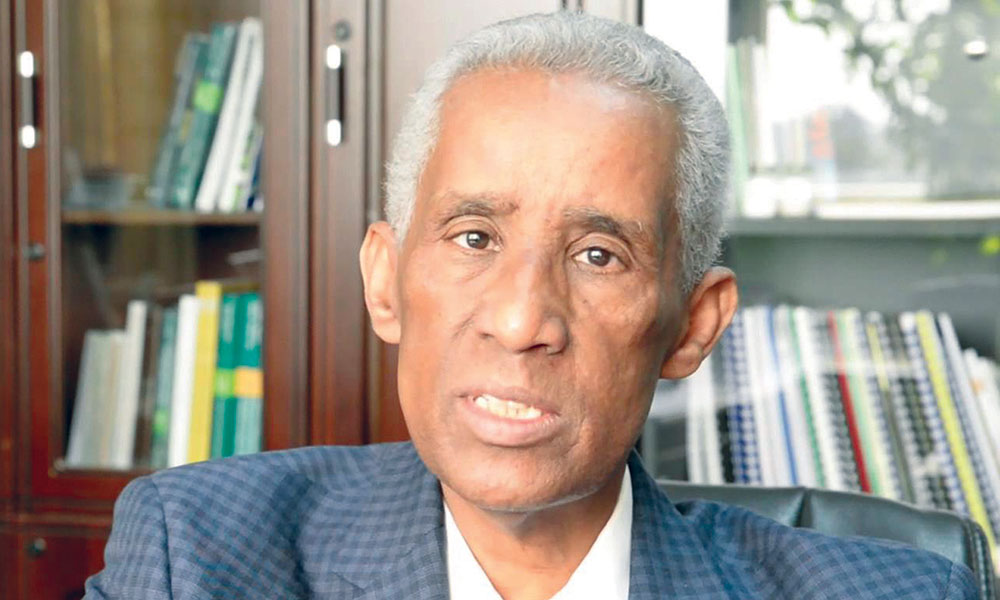 However, increasing agricultural productivity, through higher crop yields will boost food security. Professor Tekalign Mamo, who until recently was adviser to the Ethiopian Minister of Agriculture and is UN Special Ambassador for the 2015 International Year of Soils, and senior adviser (East Africa) for the International Potash Institute (IPI) said fertilizers play a vital role in this goal.

“The most effective way to boost farmers’ ability to grow crops is to maintain balanced fertilization, which ensures soils have the essential nutrients required for sustainable cropping systems. Until recently, this has been a big gap, especially through not using potash fertilizers,” Professor Mamo said last week.

Potash, which refers to mined or manufactured mineral salts containing potassium, is crucial for producing high quality crops and good harvests. The advantage for Ethiopia is that it has large deposits of it. Professor Mamo said: “It has multiple roles in boosting crop yield, helping plants withstand harsh environments such as frost and cold temperatures, moisture stress, and disease incidence. It also catalyzes the roles of key nutrients, such as nitrogen and phosphorus, and helps in enzymatic reactions in plant cells.”

A symposium on the role of potassium in balanced fertilisation will be held at Hawassa University on November 24 and 25. The event will be followed by a high-level roundtable with senior government and international partners in Addis Ababa on November 26.

In Ethiopia, the agriculture sector is dominated by smallholders, who until recently used little technology and rely predominantly on traditional practices. However, some farmers have been applying wood ash as a source of potash, for example to produce good quality tomatoes which have thicker skins and shinier surfaces.

Although urea nitrogenous fertilizers have been used by Ethiopian farmers since the early 1960s, these – particularly DAP – have been mostly ineffective since they do not fully replenish missing elements in the soil that crops need. Because of this, even though the country’s annual fertilizer imports have increased 10% since the 1990s (and this figure has almost doubled during the past 2-3 years), crop productivity has only increased by an average of 5%. “This demonstrates that there is more to do,” Mamo said.

Experts say now is an opportune time for a greater fertilizer ‘intervention’: many of the county’s tea plantations have low productivity and produce teas with poor aroma due to sulphur deficiency; similarly, oil crop productivity and oil quality has been low for the same reasons; citrus plantations have suffered deteriorating yields and quality due to zinc and other micronutrient deficiency; and, due to unbalanced fertilization, poor protein quality is often inadequate for malt barley production for local use.