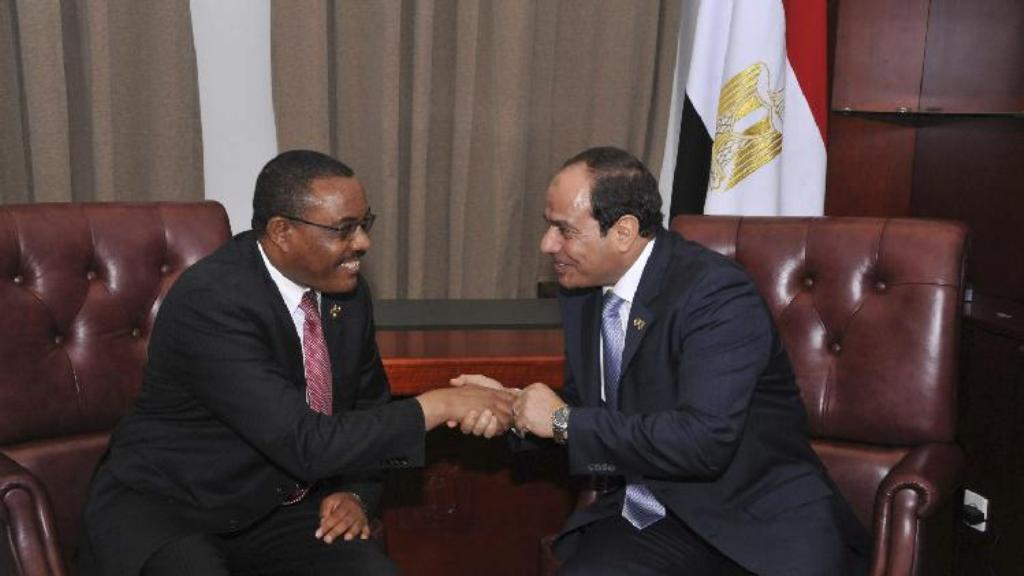 the minds of the public with positive attitudes, writes Zekarias Talo Anjulo.Public diplomacy is all about winning the minds and hearts of another country’s public through different mechanisms. Approaches could be in the form of exchanges, scholarships, effective usage of media outlets, and visits of religious leaders, artists, scholars, writers and celebrities. Nowadays, public diplomacy has become one of the crucial foreign relation and diplomacy tools for countries used to protect their national interests.

Ethiopia and Egypt have been tied by an eternal bond and a shared resource—the Nile River. With the issue of equitable usage always looming overhead, Ethiopia and Egypt have been suspicious of one another, making their relationship fragile for a long time. Recently, in order to strengthen bilateral relations and create confidence and trust among the people of the two countries, Ethiopia and Egypt have been conducting many public diplomacy activities. However, few individuals from both countries have been commenting that public diplomacy activities between Egypt and Ethiopia are not sustainable and are, instead, pseudo-events articulated by both governments. Ethiopia and Egypt have a long socio-economic and political history that binds the two countries. The Ethiopian Orthodox Church and the Egyptian Coptic Church’s longstanding spiritual bond is one that ties the two countries. The Ethiopian Orthodox Church was administratively part of the Coptic Orthodox Church of Alexandria and had received head patriarchs from Egypt until 1959 when it was granted its own patriarch by the Coptic Orthodox Pope of Alexandria and Patriarch of All Africa, Cyril VI.

Strengthening the two Churches’ relations, His Holiness Abune Paulos, the late Patriarch of the Ethiopian Orthodox Tewahedo Church, Ichege of the See of Saint Tekle Haymanot, Archbishop of Axum and President of the World Council of Churches had paid a historic visit to the Egyptian Coptic Orthodox Church of Alexandria in July, 2007. During the visit, His Holiness displayed the message of brotherhood and fraternity among Ethiopians and Egyptians. His Holiness said, “Ethiopians and Egyptians are one family members living in different homes who are drinking from one river, the Nile.”

He also told the people of Egypt that Ethiopia would never harm their country. At the 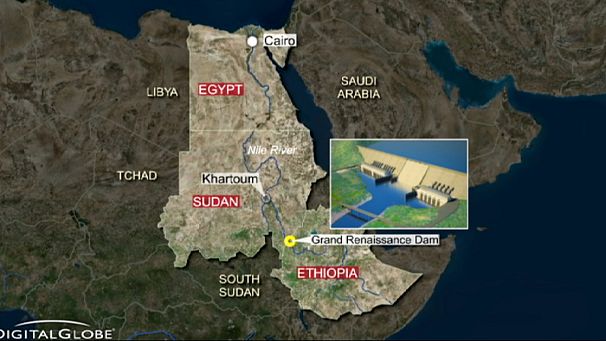 time, the people felt moved. Similarly, media outlets published many articles and news about the patriarch’s speech as being a promise from Ethiopia. The visit is a good example of public diplomacy, which ties together people’s hearts and minds, irrespective of their socio-economic and political differences.

In public diplomacy, sustainability of events and visits are important in bringing about tangible effect. After His Holiness Abune Paulos’s visit to Egypt, his counterpart, His Holiness Pope Shinoda III of Alexandria and Patriarch of the See of Saint Mark, visited Ethiopia. During the visit, the two Patriarchs had conducted a joint mass (as opposed to a joint press statement) at the Trinity Cathedral in Addis Ababa. During the prayers, a multitude of Addis Ababans came out and welcomed the Egyptian Pope and grasped wisdom from Pope Shinoda’s preaching. Pope Shinoda’s biblical preaching of love, tolerance, and oneness, as well as a preaching on not hurting each other, touched the hearts of Ethiopians.

Public diplomacy went beyond Orthodox and Coptic Christian Churches. In May 2011, the Egyptian Public Diplomacy Delegation paid a visit to Ethiopia and met with top government officials, including the late Prime Minister Meles Zenawi, religious leaders and other stakeholders. At that time, the Egyptian delegation had asked the Ethiopian government a couple of core questions. The delegation asked Ethiopia to delay the ratification process of the Cooperative Framework Agreement (CFA) on the Nile and asked to let international experts examine the impacts of the Grand Ethiopian Renaissance Dam (GERD) on the Nile waters. Ethiopia had accepted the requests made by the delegation. Ethiopia delayed the ratification of the CFA until Egypt came out of the revolution and formed a government. In addition, the Ethiopian government, by its own initiation, cooperated with downstream countries to form International Panel of Experts (IPoEs) to conduct trans-boundary socio-economic and environmental impact assessment on the GERD. These facts show how much public diplomacy could influence governments and the general public, and shape decisions. Public diplomacy requires vibrant communication between governments and the public at large to bring about change.

After the successful visit of the Egyptian Public Diplomacy Delegation, Ethiopia began preparations to send its own Public Diplomacy Delegation to Cairo. But due to the Arab-Spring, which shook North Africa and Egypt, the delegation delayed its trip. On December 2014, the Ethiopian Public Diplomacy Delegation, drawn from all walks of life, comprised of MPs, scholars, religious leaders, writers, artists, celebrities, journalists, former diplomats, private sector representatives and others, jetted to Cairo with the aim of creating real trust and confidence between the two sisterly countries. The delegation met with almost all top government officials, including the president and the prime minister, religious leaders, media outlet managers, scholars and members of the business community. The delegation conveyed the message of the people of Ethiopia, which is that there is no intention of harming the people of Egypt. The delegation also visited historical sites, museums and art-centers in Egypt and grasped great knowledge about the cultural and historical ties between two sisterly countries.

After the visit of the Ethiopian delegation to Cairo, international and Egyptian media outlets, which were heralding a growing hostility between Ethiopia and Egypt, calmed down and came up with positive and constructive articles and news items which helped in fostering mutual benefit. Public diplomacy could change negative media agendas into heart-touching stories that nurture the minds of the public into having positive attitudes.

The unwavering efforts of Ethiopian Orthodox and Egyptian Coptic Church to cement Ethio-Egypt, people-to-people relations still continues.  In January 2015, His Holiness Abune Mathias, Patriarch of Ethiopian Orthodox Tewahedo Church, Ichege of the See of Saint Tekle Haymanot, Archbishop of Axum, had paid a visit to Egypt with a huge delegation from the Orthodox Church. During his visit, Patriarch Abune Mathias visited several churches and monasteries in Cairo and Alexandria. His Holiness performed the Divine Liturgy at a church and attended the weekly sermon by Pope Tawadros II, Pope of Alexandria and Patriarch of the See of Saint Mark, at St. Mark’s Cathedral in Cairo. Abune Mathias also had a meeting with  the Egyptian President, Abdel-Fattah El-Sisi, and discussed issues on ways to deepen the historical, cultural and religious relations of the two countries.

The patriarch stressed that The Grand Ethiopian Renaissance Dam (GERD) should bring Egyptian and Ethiopian people together to discuss its benefits, rather than letting it become become a source of conflict and lack of trust as it had been in the past. The patriarch’s visit elaborated Ethiopia’s firm commitment to work for mutual benefit and deep-rooted intention to prosper together.

By accepting Abune Mathias’s invitation, Pope Tawadros II landed in Addis Ababa in September 2015. A warm welcome was accorded to Pope Tawadros II by His Holiness Abune Mathias, government officials, members of parliament and diplomats at the Holy Trinity Cathedral.  At the welcoming ceremony, His Holiness Abune Mathias, underlined that the two churches could play a great role in cementing the existing bilateral relations between the two sisterly nations. The Egyptian Coptic Church Patriarch Tawadros II noted that Ethiopia and Egypt have been tied by God’s gift–the Nile River—for centuries and forever. His Holiness further pointed out that the Egyptian Coptic Church supports Ethiopia’s efforts to eradicate poverty and thereby realize development.

Patriarch Tawadros II also visited monasteries, cathedrals, museums and the historical sites in Axum and Gonder. On the evening of September 27, 2015, at Meskel Square, in Addis Ababa, the two patriarchs attended the colorful festivity of Meskel–a bonfire celebration commemorating the finding of the true cross, a celebration that has been accredited and recognized as a World Heritage by UNESCO. In public diplomacy, public outreach is very crucial for displaying important messages. When Pope Tawadros II came to Meskel Square, attendants accorded a warm welcome and Ethiopians across the nation watched the pope’s remarks live on the Ethiopian Broadcasting Corporation channel.

In conclusion, public diplomacy between Ethiopia and Egypt is in good condition and sustainable. Similarly, people-to-people relations have been steadily growing due to the significant role of the two churches.  Beyond the two churches and public diplomacy delegations, Muslim religious leaders, members of the business community, scholars, artists, writers, journalists, researchers, historians and different institutions should play a role in interweaving Ethio-Egypt relations.