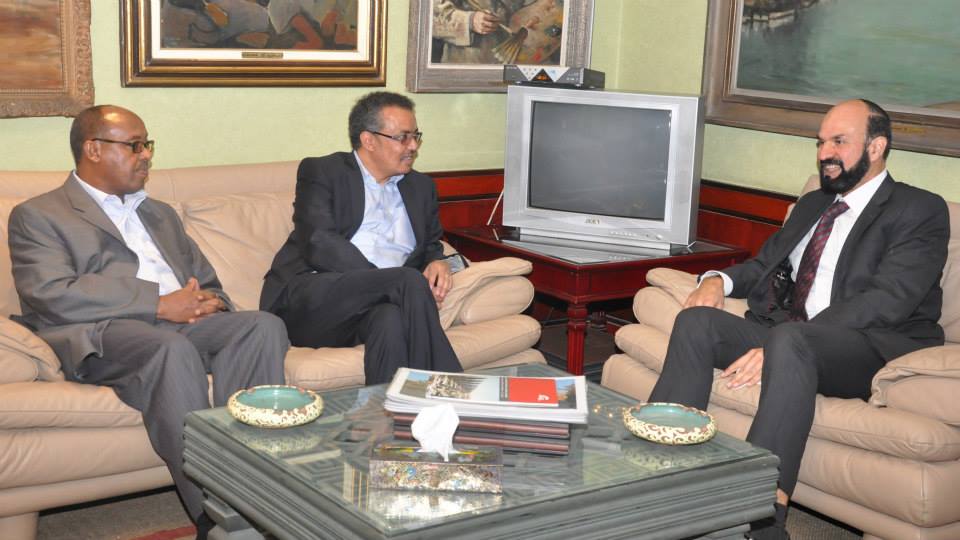 “Ethiopian militia group opened unprovoked fire from across the border at Sudan border post , they fired mortars and automatic weapons,” one
Sudani Diplomat told HAN (the Horn of Africa Newsline) in Khartoum on condition of anonymity. “Our troops responded with retaliatory fire.”

The regional ethnic porous border is unmarked in places and a battleground in the fight against Local rebels supported by Eritrea.

While Sudan and Ethiopia continue to disagree on many key border issues, they reported progress in their bilateral relations in 2012 With the Ethiopian Prime ministers statretic doctrine.

Meanwhile, details of the accident:

The border tension is brewing along the Sudan-Ethiopia border after ten Sudanese soldiers were killed in a skirmish with a militia group there on Saturday, the army and witnesses said. Sudanese farmers in Gedaref State told the {African Press Agency } on Sunday that another 13 soldiers were injured in the attack believed to have been carried out by an Ethiopian militia.

Other reports spoke of Sudan’s Paramilitary Popular Defense amassing troops near the border with Ethiopia in the wake of the incident, the second in one month.

Sudan and Ethiopia agreed to deploy joint patrols along their common border to prevent the movement of rebels, smugglers and human traffickers.

The Sudanese army confirmed the incident but denied the suspected involvement of Ethiopian regular forces.

Army spokesman Colonel Alswarmy Khalid Saad told APA that the soldiers were killed in clashes with an unidentified Ethiopian group, describing the incident as isolated.

He said clashes between the Sudanese troops and the militias took place on the farmlands in Basonda near the border on Saturday morning.

The gunmen were attempting to control agricultural projects in Basonda, which are owned by the Popular Defence Force Saad claimed.