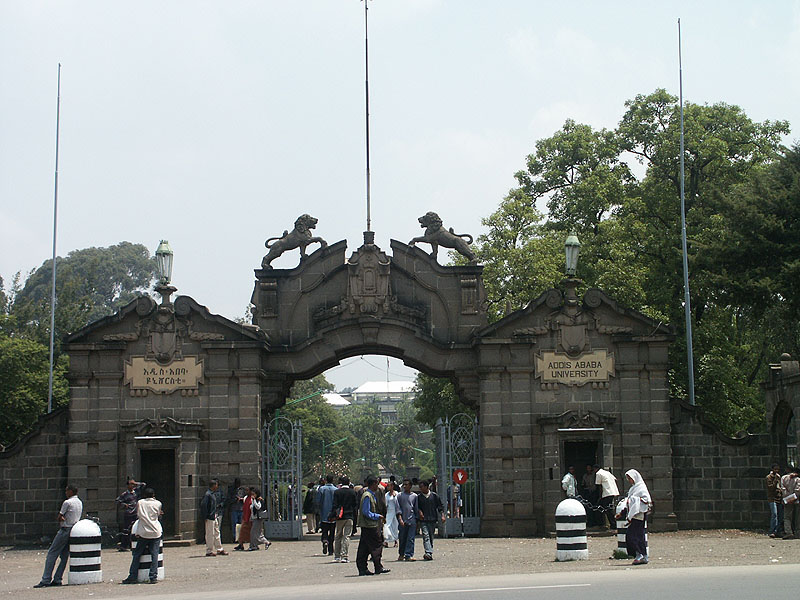 ADDIS ABABA (HAN) July 4.2016. Public Diplomacy & Regional Security News. By Fasica Berhane. Universities are big fabrics of innovators and inventors that can solve the problems of society and make life easy. University students are expected to innovate and create. Their graduation research must entail innovations which could bring a meaningful change in the lifestyle of society. Creativity, amid university students, is growing increasingly. Other than that, forums and competitions are prepared to encourage students and bring their works into the limelight so that it could be changed into business.

The 1st Creativity, Innovation and Arts Forum of Addis Ababa University aimed at promoting creativity and innovation among students as well as paving a way for creativity was held last week.

On the occasion Tesfalem Tizazu, Student Union President of Addis Ababa University noted that the forum would help realize the visions of the current Growth and Transformation Plan II as well as focus on what Directions Science and Technology had to take for realizing sustainable progress, identify hidden talents among university students and provide right guidance to students who had creative, innovative, artistic ideas in science, technology and other fields.

The forum is said to help students convert their innovative ideas into marketable products by creating competition among students in creativity and innovation and special awards will be handed over to the winners. It also motivates students to showcase their works to the general public.

Among the innovators Tabor Neka Tebeb and his friends won the competition by inventing a software called Askuala Application that makes sure students are really in class during school hours so that parents could monitor their students status and whereabouts from where they are. The innovation is also said to help teachers and parents communicate effectively. This way students will be made to stay at school imbibing knowledge and not to squander precious hours in inappropriate places.

Bekalu Gebremeskel ranked third innovating punt tourism application that helps to give information about Ethiopia tourism destinations in an easy digital way. All of this innovators are the hopes of Ethiopia and have been granted scholarships in the Addis Ababa Incubation centre to unlock their talents and realize their dreams of making life easier through innovation and solving society’s problems.

Among the 32 contestants some are who showcased their creativity by participating at the forum.

Matiwos Tekalegne and his friend are from Biomedical Engineering Department who innovated android based fatal heart rate monitoring system. It is a mobile application that monitors the heart rate of the fetus during pregnancy without the help of a physician. The innovation contains electrode to measure abdominal signal of the pregnant muscle sensor V3 for signal amplification arudino for signal digitizing smart phone where the application is implemented for fetal heart rate signal extraction and measuring the fatal heart beat. It is done with a motto lets minimize the mortality rate of pregnant women and the risk of mortality of their fetus by easily monitoring the heart rate at home.

Daniel Tadesse and his friend Frew have innovated green banana flour that is believed to improve health by its high content of Minerals fiber contents RS” ( resistant starch type 2)vitamins. This product is proved gluten free; which means the major protein in cereal grains especially wheat. It is responsible for obesity, which is a worldwide problem nowadays. In addition to this, flour has different health benefits;good for the treatment of gastric ulcer and diarrhoea a good option for diabetic patients and wheat allergy. As an aid to digestion it helps to reduce stress and anxiety. It is also considered beneficial for cancer prevention and heart disease. Explaining about their innovation they reflected how our country is losing up to 200 to 600 million Birr on yearly basis due to lack of proper post harvesting of banana. Due to existence of brokers/middle men in the market farmers are not benefiting well from their banana farming. The production of banana flour can reduce such loses. Their flour is not like as the ordinary so that the flour can also be used as an ingredient for other food formulations such as porridge,soups for milk enrichment. They as well could be applied in ice creams and other foods such as smoothies and baked goods to desserts pan cakes, stir fry and waffles and such.

Addisu Kefyalew is another inventor who came up with solar technology honey extractor for both traditional and modern bee keeping. The machine takes care of the process of extracting the honey from the comb after the production of honey. Ethiopia is one of the leading honey producer in Africa. And has a longstanding beekeeping practices that have been an integral part of other agricultural activities, where more than one million households keep honeybees. But the honey processing practice proves very backward and even the culturally processed honey has a very low quality. This leads to producing honey only for local use. This is due to the lack a locally produced honey extractor. This project is aimed at manufacturing and distributing competitive quality honey extractor at affordable price for in country and for export standard honey.

Kefelegne Shewafera his friend Nebyu Nigussie, another inventors, have come up with a water purification system that uses aggregate of sands with the objective of designing a low cost and effective water filtration system for use in rural parts of Ethiopia. One can also use it in other parts of the country so as to eliminate or reduce water borne diseases and improve peoples’ quality of life. It as well helps reduce the risk of any diseases. To enumerate the benefits this creativity renders it suffice to see the following lives saving features of this project: an effective water purification system requiring a minimum cost, safe drinking water which minimize waterborne diseases, curtails cost of medicines used for treatment of water born diseases, satisfies the need for pure drinking water supply that is proposed by the governments, spare children from the waterborne diseases claiming a death toll, access to safe drinking water and empower wealthy community less cost and effective filtration system.

The era we are in right now is science and technology transformation era, where life easing and time minimizing technologies are invented day after day in the economically rich countries. These students have also made an effort to make their country match its steps with affluent nations. This kind of exhibition showcasing innovation need be prepare more often to create many problem solving generation and trigger the passion of those coming in their footsteps.