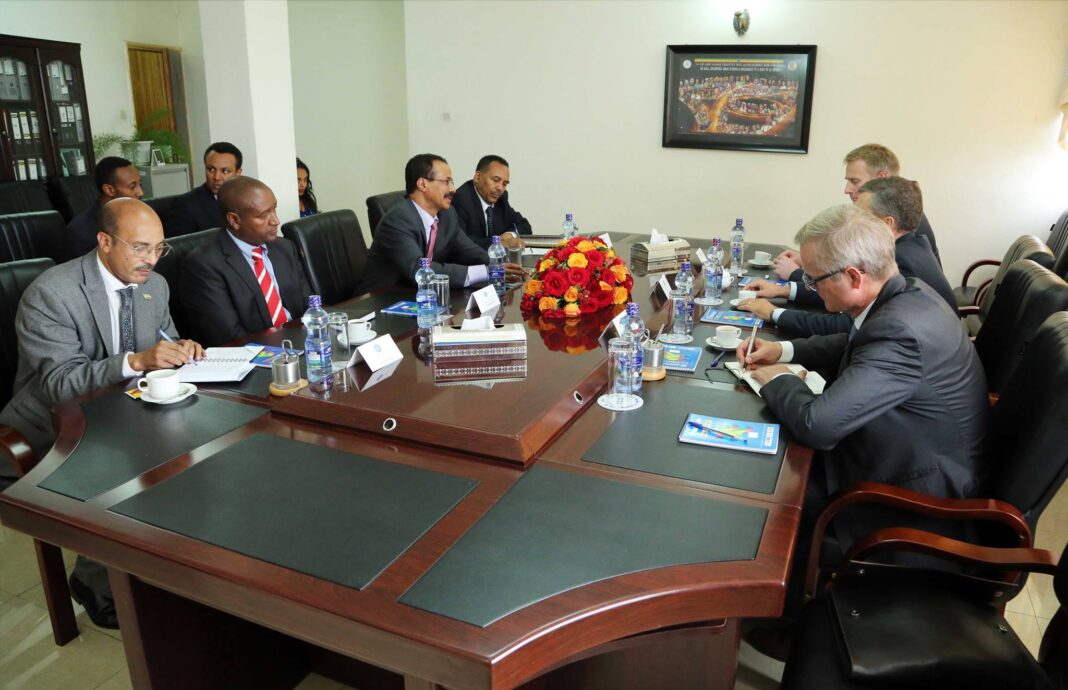 Addis Ababa (HAN) October 14, 2015 – Public Diplomacy Regional Security News. State Minister of Foreign Affairs Ambassador Berhane Gebre-Christos met with Mr. Arne Jan Flolo, Senior Advisor and Focal Person for Eritrean Affairs and Peace and Reconciliation Issues in the Horn of Africa at Norway’s Ministry of Foreign Affairs on Monday (October 13). Discussions covered bilateral issues and areas relating to the promotion of peace and security in the Horn of Africa, and building Ethiopia’s role in the region. Ambassador Berhane noted that Ethiopia and Norway enjoyed long standing and multi-dimensional cooperation. Ethiopia, he said, was committed to enhance and consolidate this on the basis of mutual respect and interest.

Ambassador Berhane praised Norway’s cooperation with Ethiopia in a number of sectors including issues of peace and stability and refugee affairs. The State Minister was briefed the visitor on Ethiopia’s activities with regard to internal as well as regional developments and regional peace and stability. Mr. Flolo also emphasized the excellent relations between Norway and Ethiopia and said these should be further strengthened. He mentioned areas that Ethiopia and Norway worked in partnership including climate change and called for further enhancement cooperation in bilateral, regional and global issues.  Mr. Flolo affirmed the commitment of Norway towards peace and stability in the region. He also underlined Norway’s interest in curbing migration problems from the region and would continue to work closely with Ethiopia in an issue that is affecting Norway directly. MFA