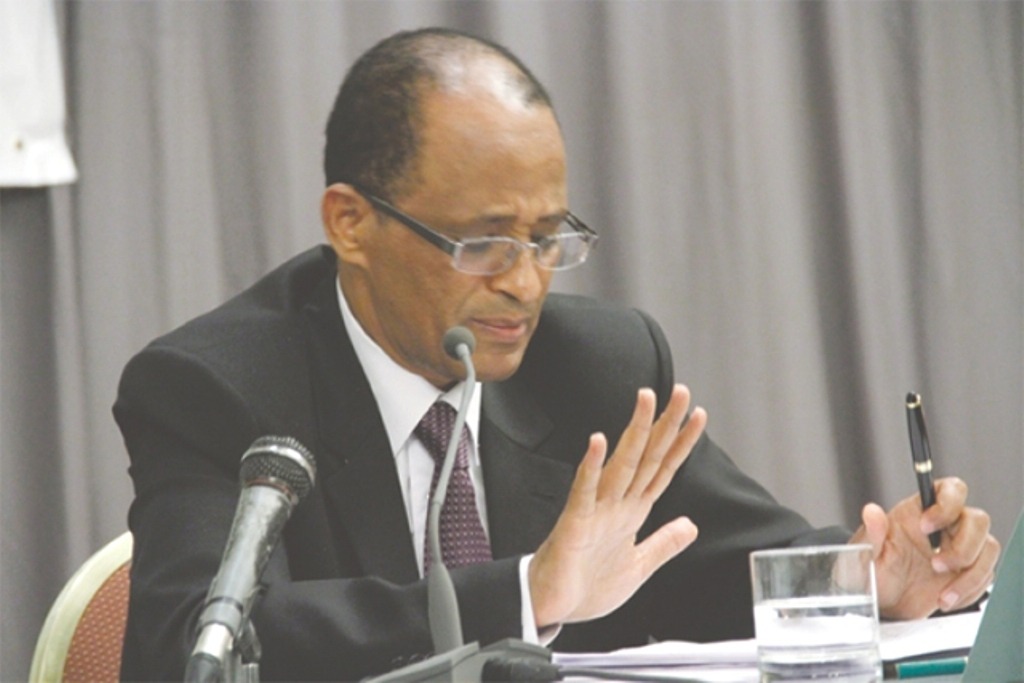 Addis Ababa (HAN) June 9, 2014- Financial and banking sector updates. The Governor of the National Bank of Ethiopia (NBE), Teklewold Atnafu, slammed a study sponsored by the Ethiopian Chamber Commerce and Sectoral Association (ECCSA) which details how the policies and directives issued by the regulatory body is squeezing a much needed banking credit and liquidity from the system.

The Governor countered by revealing that commercial banks have a combined eight billion birr in excess reserve, available loanable fund.

In a meeting that was called by the Chamber yesterday at Sheraton Addis, the study that was commissioned by their Chamber came hard on the central bank and the various directives it issued to regulate financial sector. The study which was based on various studies and surveys conducted by other international organizations concluded that some of the directives and legal instruments that NBE is using is squeezing the liquidity out of the economy thereby limiting the supply of banking credit that is supposed to go the private sector.

The study appeared bold in asserting what it observed in the financial sector and the Ethiopian private sector. “It is easier to say that currently the private sector in Ethiopia is accessing financial resources from alternative societal financial sources like Equb, a traditional instrument of saving, than it is getting from the formal financial institutions like banks,” the study read. Teklewold was equally bold when he said he was surprised how the study arrived at such a wrong conclusion about the financial system. He further said that he his latest information about the financial sector did not indicate the types of alarms that the study detailed. “According to the central bank’s books which I checked up until yesterday (Thursday), commercial banks which you claim to be cash strapped have a combined eight billion birr in excess reserve at NBE,” he argued. And that is a fund that could be easily be disbursed as credit, he said. In fact, the governor was careful to clarify that the type of reserve he is referring to is not legal or compensatory reserve requirements that should be kept at the central bank. “It is not requirements, it is excess reserve that I am talking about,” he said.

Chamber’s analysis of the financial sector went even deeper and pointed out how difficult it is for start-up businesses to access credit at this time. In fact, even for those established business it is becoming difficult to get access to finances. Even when the loan is available usually part of the loan request is approved by banks, the study said. “Usually it is from 10 to 50 percent of the loan amount that is approved and disbursed,” it read. Not to mention, the surprisingly limited collateral requirements which is usually is composed of a house or a car to access credit from banks.

Above all, the study pinpointed, NBE directives like, the 27 percent NBE-Bill bond directive, the directive that requires the loan portfolio of banks to be composed of at least 40 percent short-term loan and directives that regulate per-shipment export and merchandise loans. The study cited the three directives as being the most destabilizing for the banking sector. The argument raised on 27 percent NBE-Bill directives was nothing different from what countless other studies has pointed out. But the study did claim that this directive also has far reaching consequences that is extending to the micro-finance institutions.

According to the study, the directive about the loan portfolio is said also problematic starting from the definition of short-term loan (which according to the directive was one year). In Ethiopia one year loan can not be short-term loan as most of the time administrative issues and the bureaucracy by itself takes as long as one year to start a business, it argued. Hence most of the time businesses will be forced to pay the loan back before they start operation. Apart from that, the severe foreign currency shortage is also attributable to NBE’s decision to use it as monetary policy instrument. “NBE controls the forex market for its policy purposes rather than freeing it to be determined by demand and supply,” it argued.

Teklewold did not succumb to most of the claims made by the study. In fact, he argued how the private sector can conclude that the NBE would issue a directive to weaken the financial sector. Citing the experience of the advanced economies during the financial crisis, where governments had to bail out a number of banks, Teklewold was firm is asserting that the failure of the private banks would also be a failure for the whole financial system of a nation. The Reporter