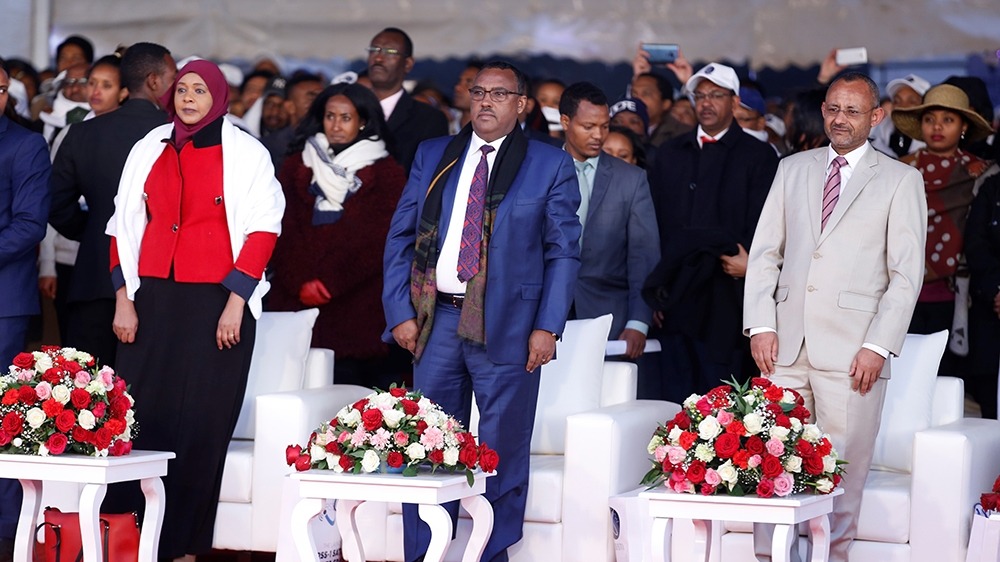 Ethiopia’s federal upper house (House of Federation) speaker resigned in apparent protest at the postponement of planned elections in Ethiopia (Horn of Africa)  over the coronavirus, a sign of growing tension between her party (TPLF) and the federal government of Prime minister Abey Ahmed .

The speaker Keria Ibrahim is also a top official in Tigray People’s Liberation Front (TPLF), one of the Ethiopia’s major political parties (TPLF) and which has opposed the poll postponement from the office of the prime minister.

The Ethiopian parliamentary and regional National elections (Amhara, Tigray, Amhara, Oromo, Afar, Harar, etc….) had been planned for August 2020 ahead of the end of Prime Minister Abiy Ahmed’s term in September 2020. No new date has yet been set.

In a televised speech, Keria, the only Muslim member of the Executive team of TPLF accused Abiy’s government of taking away Ethiopians’ sovereign rights, without elaborating.

She was widely understood to refer to the government’s decision to postpone the elections which effectively allowed Abiy to continue ruling beyond the expiry of his term.

“I can’t be an accomplice when the constitution is being violated and a dictatorial government is being formed,” she said. “I have resigned not to be collaborator (with) such a historical mistake.”

Last month TPLF, which is also the governing party for the country’s Tigray region, threatened to organise polls for the area in defiance of the postponement, potentially setting the region on a collision course with the federal government.

Keria’s resignation underscored the deteriorating relationship between Abiy and his ruling Prosperity Party and the TPLF, said Kjetil Tronvoll, professor of peace and conflict studies at Bjørknes University in Oslo.

“If the process is left unabated, it may lead to an open confrontation,” he said.

Abiy took power in Africa’s second most populous country in 2018 and went on to roll out a series of reforms allowing greater freedoms in what had long been one of the continent’s most repressive states.

But the reforms have made it possible for long-held grievances against the government’s decades of harsh rule to resurface, and emboldened regional power-brokers such as the TPLF to seek more power for their ethnic groups.