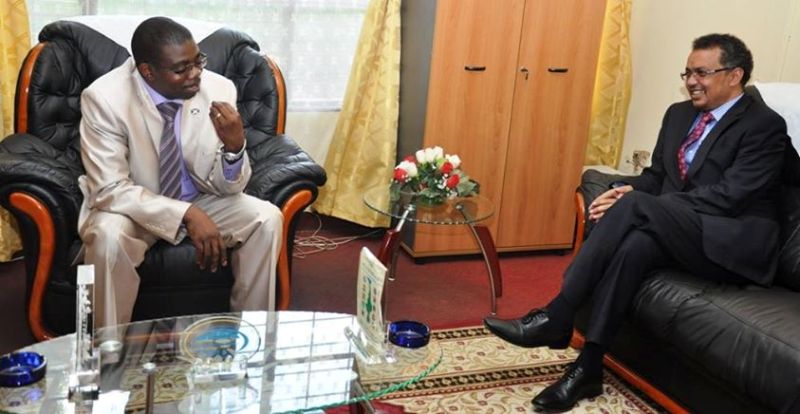 Addis ababa (HAN) May 12, 2014 – According to press release from the minister of foreign Affairs of Ethiopia,  ‘International community calls for South Sudan peace deal to be implemented properly and urgently.’ Ethiopia’s Foreign Minister, Tedros Adhanom, emphasized the importance of the UN urgently endorsing the deployment of the proposed Deterrence and Protection Force for South Sudan.

The agreement said the two sides recognized no military solution to the crisis in South Sudan was possible and that sustainable peace could only be achieved through an inclusive political dialogue. They agreed to cease all hostile activities, and rededicate themselves to implement the Cessation of Hostilities

Agreement and facilitate the full deployment of IGAD Monitoring and Verification Mechanism(MVM). They agreed to open humanitarian corridors and cooperate, unconditionally, with the UN and humanitarian agencies. They accepted that a transitional government of national unity offered the best way forward and said this should implement reform, oversee a permanent constitutional process, and guide the country to new elections. They said their respective delegations to the IGAD peace process should negotiate the terms of this, and that this should be an inclusive process. They also agreed other stakeholders should participate in negotiations on transitional governance, the permanent constitution, the political future of the country and reconciliation.

They also agreed to cooperate fully with the AU Commission of inquiry and to meet again within one month, under IGAD auspices, to facilitate progress. The agreement, witnessed by the three IGAD Special Envoys, was also signed by Prime Minister Hailemariam as guarantor. A spokesperson for UN secretary-general Ban Ki-Moon said the parties must immediately translate their commitments into action on the ground, in particular the cessation of all hostilities.

The UN Secretary-general commended the efforts of IGAD, and particularly of the Ethiopian Prime Minister. The UK’s Minister for Africa Mark Simmonds, who described the agreement as a “long overdue step”, called on both parties to ensure unhindered humanitarian access to conflict-affected areas. He said it was essential that both sides ensured immediate implementation and took full responsibility for the forces under their control. The UN Humanitarian Coordinator for South Sudan, Toby Lanzer, said the agreement would allow some “breathing space”, in terms of allowing people to return to their land and plant crops.” Over the weekend, however, the two sides accused each other of violating the agreement.