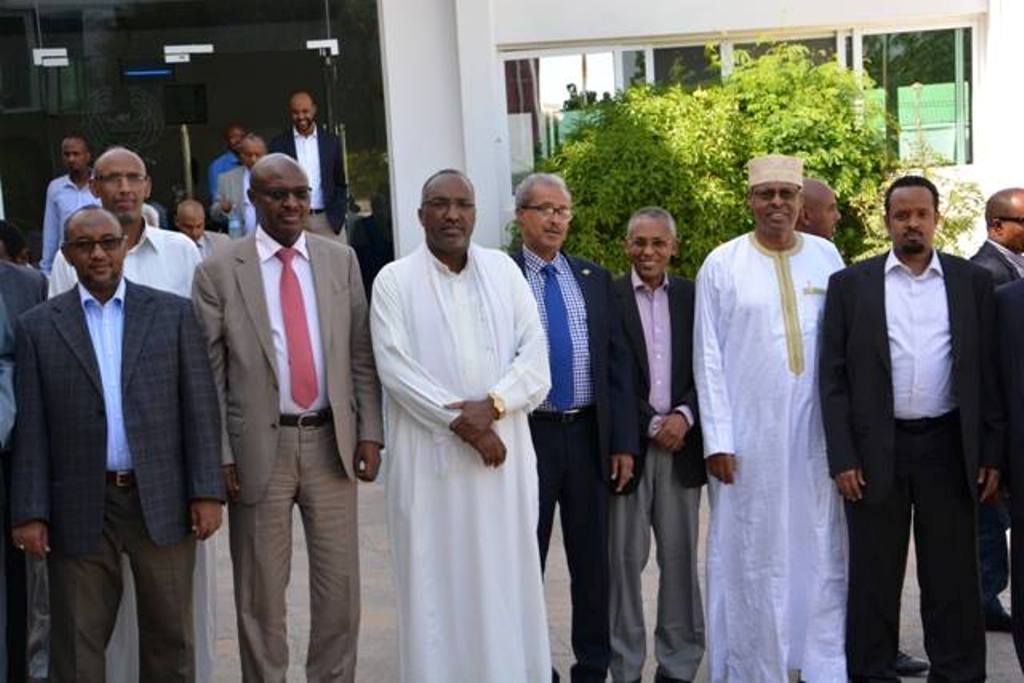 Hargeisa (HAN) November 19, 2014 – Public diplomacy and Regional investment and security news.  Ethiopia and Somaliland Administration have signed a trade and infrastructure agreement. Ethiopia’s Minister for Finance and Economic Development, Sufian Ahmed who signed this agreement stated that the agreement will enhance the economy Somaliland Administration and Ethiopia and that the appointed technical committee will make sure the accomplishment and the realization of the provisions of the signed agreement. A high level Ministerial delegation led by the Minister for Finance and Economic Development, Sufian Ahmed and including the Minister of Transport, Workneh Gebeyenu, the State Minister of Finance and Economic Development, Ahmed Shide, the Director of Maritime and Logistic Services, Ahmed Tusa and other officials, arrived in Somaliland ,Hargeisa.

Somaliland Foreign and International Cooperation Minister, Mohamed Younis Bihi said the two parties had agreed to cooperate together in the construction project of the Berbera Corridor, the road between Berbera and the border town Tog-Wajaale as well as discussed how Ethiopia will implement an electricity project aiming to expand the supply of hydro-electricity to Somaliland. He said the talks also covered ways Ethiopia could partake in using and developing Berbera Port and use the port for business and trade. Both sides also discussed issues relating to the security, trade and investment.”

The two parties have agreed to set up a Joint Technical Committee which will start operations on December 8. During their visit, the Ethiopia delegation saw the Port of Berbera and its oil storage tanks and the airport as well as inspected the road between Tog-Wajaale and Jigjiga.