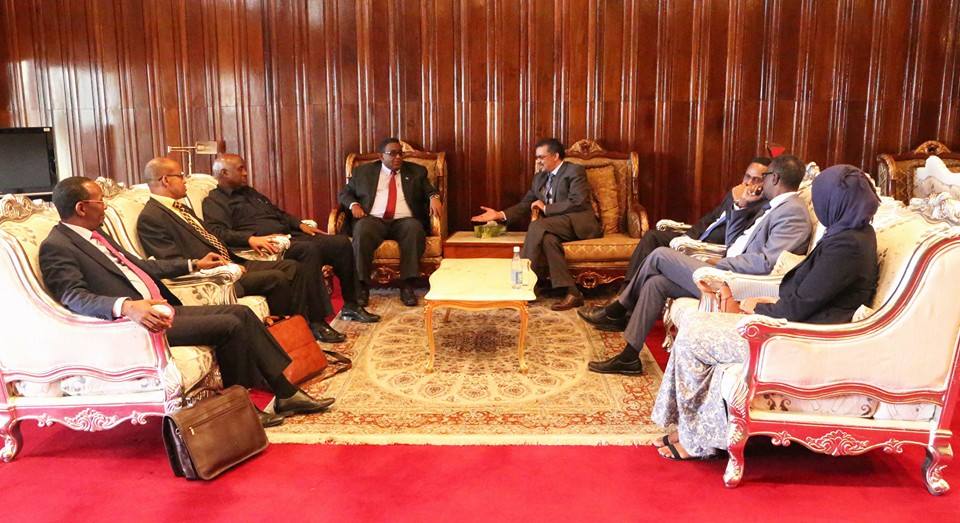 The Somali  Prime Minister Sharmarke who is on an official visit to Ethiopia consulted with the country’s leadership and stressed the need for regional co-operation on security, economy and political stability in the Horn of Africa.

“As neighbours we share a common interest in protecting the welfare of our people, improving the standards of living and committing to regional stability and prosperity,” said Prime Minister Sharmarke.

The Somali Prime Minister thanked the government of Ethiopia for their support to stabilization efforts and appraised his counterparts on Somalia’s security and political reform process.

Addressing the press at the end of his meeting, The Somali Prime Minister Sharmarke stressed on Somalia’s keen interest to build strong relationships in the region and foster a spirit of co-operation.

“This visit is part of my engagement with our neighbours to thank them for their continued support and involvement in Somalia. We are now in a very good place and Somalis are moving forward in ensuring peace, reconstruction and tangible progress,” he said.

The Somali Prime Minister Omar Abdulrashid and his official delegation proceeded to Djibouti where they will hold bilateral talks on security and regional cooperation with Djibouti government as well as IPF Group.