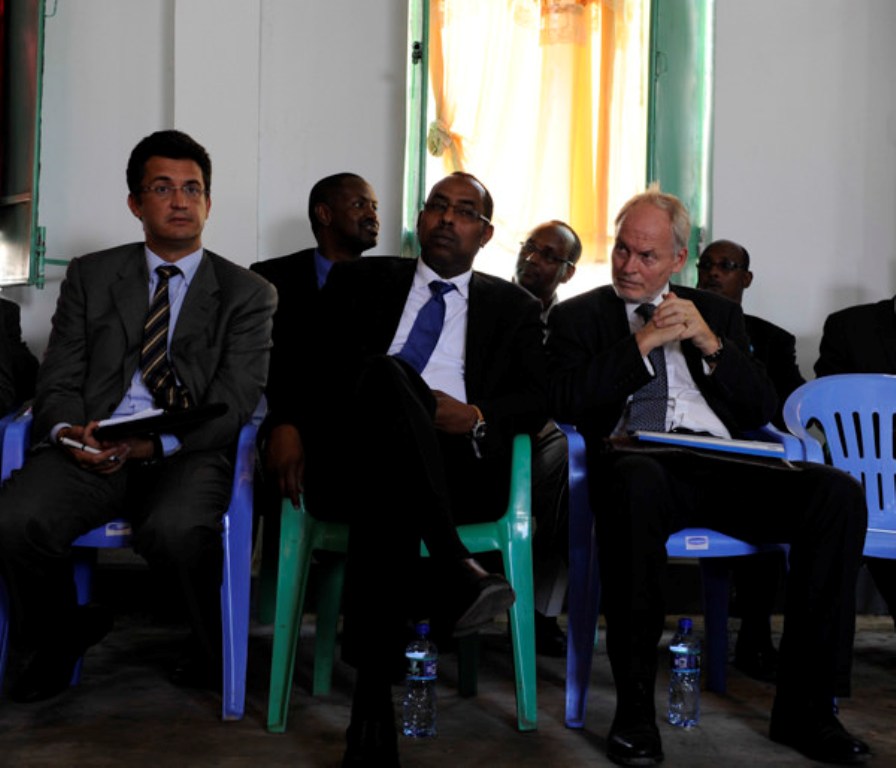 Thanks to the brave Somali people who endured the terrifying war bravely, Somalia is now largely calm and suitable for doing business. It will be a mistake to undermine the various combined hands of the international community which together contributed for the current pacified Somalia. Actually, the Somalis are grateful for it, a former Somali Ambassador to Ethiopia said. The Federal Government of Somalia, the first permanent central government in the country since the start of the civil war in 1991, was formed. Then, the federal government has been able to manage the security and economic recovery strategies. There is no smoke of bullet but dusts of economic construction in the country.

According to the Ethiopian Ambassador to Somalia, Wondimu Asamnew, as a result of the ongoing military offensive by AMISOM and Somali forces, al-Shabaab, is now ousted practically from all towns and ports,” In the political sphere, Asamnew continues, the people have come to understand the true nature of al-Shabaab and it is politically isolated from the people. Alshebab is not a serious threat anymore, says Somali Ambassador to Ethiopia, H.E Ahmed Abdisalam in his interview with Walta Information Center. “Alshebab has no any place which can control it as its military and political bases like before. However, the scar left by the extremists in the mind of our people is a challenge”. The federal government is working strenuously to clear the hatred ideology planted by Alshebab in the communities.  “Somalia is recovering quickly both economically and politically”.

Where al-Shabab is remaining is near the sea, according AMISOM reports. That is why the next offensive, which is starting this month (august 2014), is called Operation Indian Ocean, so that we completely cut off its training camps, and supply routes on the sea. Acting Special Representative of the Chairperson of the African Union Commission (SRCC) for Somalia, Wanyoto-Mutende noted. After two years, the final wars to smoke-out Al Shabaab insurgents from the areas they control in Southern Somalia are underway, Somali President Hassan Sheikh Mohamoud also told publicly to the media. The AMISOM mandated to conduct Peace Support Operations in Somalia in order to create conditions for the conduct of Humanitarian activities has been practically supportive. The alliance of the AMISON and Somali’s security and military forces were tasked with assuring security until civil administrations function well. Lydia Wanyotto said such mandates are part of the wider effort to improve security in Somalia. There has been a considerable change in the nature of the threats to the internal security of Somalia over the last two years. This change has caused the balance of policy missions to change and has added significantly to the daily security force requirements in Somalia, Wanyoto-Mutende.

“The impression I got is that Somalia is largely peaceful because there is activity in many areas which the federal government of Somalia and Amisom have cleared of al-Shabab. Somalis are very good businesspeople; they are beginning to put up shops and you can see a lot of ships docking at the coast”.

So, largely, Mogadishu is clear, Kismayo is clear, Beltrain is clear, Dobley is clear, she said, Life has come back to normal and people are going about their business, according to Geeska Afrika online (august 2014).  The combined attacks from Somali and AMISON forces and the internal split within Al-Shabab leadership, most probably the abandon of the Eritrean regime (who used to finance and train them) after sanctioned by the UNSC could have played important role to smoke out the extremists.

Here after, the nation has concurrently experienced a period of intense reconstruction, particularly in the capital, Mogadishu. Through the years, Somalia has maintained an informal economy, based mainly on livestock, remittances, and telecommunications. The obvious indicator that it is calm is that countries that want to do business in Somalia already have presences of embassies. International organizations, NGOs, Embassies and other business groups are reopening their offices in Somalia. This did not come accidently but after practically observation that there is peace and stability in Somalia. (Continue  Part II)